If you've ever wondered what members of my family might be like, here is a great representative. Friends, meet my niece, Julia. She is my oldest brother, Tom's, daughter and is a 21 year old student at Tulane University in New Orleans, Louisiana. She majors in International Development and Spanish and is destined, in my opinion, to change the world. She is a great role model as a cousin (as are all of my nieces and nephews!) which I am grateful for. 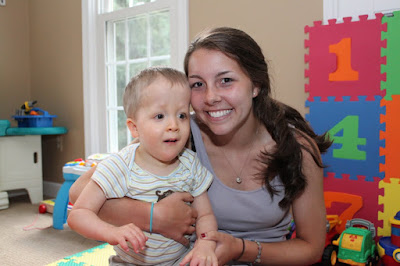 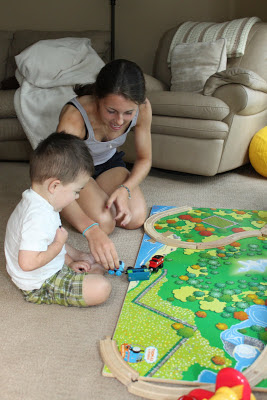 Julia is kindhearted and passionate and was very close to my Father - and still very close to my Mom. I see a lot of my Dad in her and I am exceptionally proud of the woman she has become. I know Pop is smiling in Heaven watching her every move. Julia has something passionate to share and I felt she needed a wider rooftop to shout from. 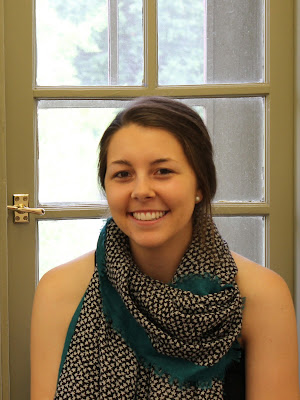 “Success is not final, failure is not fatal, it is the courage to continue that counts.” Many people will remember the last words they exchange with a loved one before he or she dies. After my Pop died I didn’t have the memory of a conversation but rather this quote by Winston Churchill. Though I wish my memory was stronger and I could know what our final words were, it seems more fitting that this quote, which I shared with him, remains as my last living memory of Pop. 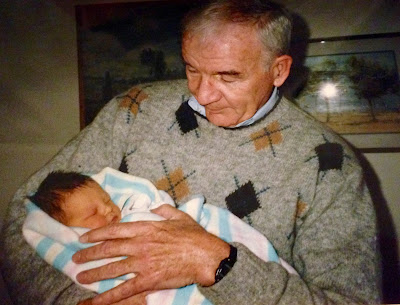 Almost three years ago I shared this reflection with my family because it was the first anniversary of Pop’s death. I made connections between the life of Pop and the life of Jimmy Carter while reflecting on my Pop’s famous line “keep the faith” in connection with Carter’s book called Keeping Faith. Though I think of Pop often I am especially reminiscent this week because one of my closest friends lost her grandfather a few days ago. Many of the feelings surrounding Pop’s death resurface and I think to our quote for comfort.

This week is also replete with reminiscent thoughts in the city I live in. The end of this week marks the 10th anniversary of Hurricane Katrina here in New Orleans. The other day someone told me they read an article that detailed a survey asking Americans what word came to mind when someone says Hurricane Katrina. The largest response was ‘Brad Pitt.’ Had I never lived in New Orleans maybe that would be my response too. But after getting to know the city and its people, I see that not only would their responses be different from most of America but they would vary one from to the next. For me, the word I associate with Hurricane Katrina is resilience.

It is hard for me to tell the story of resilience as it pertains to Hurricane Katrina since I didn’t know it first hand. So instead, to speak about resilience since it is a theme of the week I will tell you the story of a woman who benefitted from the work of an organization for which I volunteer. Her name is Sarah and she almost singlehandedly stopped a Cholera outbreak in her village in Kenya. My organization called Mama Maji (meaning mother ‘water’ in Swahili) held a training on water, health, and sanitation in April in which Sarah not only learned the implications of these topics but also how to train others surrounding these topics as well. She managed to train 300 people in just three months and because of her reach was able to identify the beginning of a spread of cholera and stop it. Sarah would not let the lack of access to clean water affect these people the way it had affected her. She had to drop out of nursing school because she couldn’t afford the fees. Access to clean water would allow Sarah to grow and sell crops of higher value therefore allowing her to fulfill this dream.

Because of people like Sarah I decided to run a fundraising campaign for Mama Maji so that in a village similar to Sarah’s they could have easy access to clean water and a health training as well. My fundraising campaign is coming to an end. My goal is $4,000 and I only need $132 more to reach this. My campaign has run all month but I am employing the courage instilled in me from Pop to “keep the faith and finish the race.” If you are interested in helping me achieve this, please click here.

Resilience is never giving up. As Churchill describes it is not letting failure kill you. If you’ve read this blog you know my family knows a thing or two about resilience. Because of how good looking Pop was the one word association with Gallagher might also be Brad Pitt, but I would argue to say it is resilience. So in this week of remembering a city that almost drowned and our loved ones who face adversity with tenacity- here’s to resilience and continuing with courage.

p.s. - This is Kate. I was explaining to Brian today what his cousin was trying to do. He was so confused why people just like him can't just go to the sink and get water to drink - let alone get it out of a refrigerator door, which is the ultimate luxury! He was astounded that his COUSIN was doing all this work for people she never even MET - and likely never will - so that they could drink clean water.

"Why is she doing that?" he asked.
"Because she's a kind person and she saw something broken and decided to fix it!" I told him.
"But how? How is she going to figure out how to get them their water and all that stuff?" he asked with a really confused    and very concerned look on his face.
"Because she's a Gallagher, Brian. And you have Gallagher in you, too. We just get stuff done - it's in our blood." was my reply.
Somehow... he got that. And I pray that he remembers it.
Posted by Kate from Chasing Rainbows at 8:16 PM