There are times when I miss Gavin so much that it hurts. Yes, I know he's safe...and in Heaven...and around us...and blah blah blah blah blah. But somedays...it's all bull.

Death is inevitable. I know this. But death of a child? Come on. That's a bunch of bull.

So on those days, I must settle for the next best things. The things that I can have when I can't have him...his smile...his laugh...tucking him into bed...holding him in my arms.

Those things come to me in the most unexpected ways. Like little gifts from him, I'm sure of it.

When I was pregnant with Gavin, I remember buying him the sweetest blue bunny blankie. It was a bunny head with a tiny blanket body. I loved it so much and couldn't wait for him to love it, too. I got a little addicted to these animal blankies made my "Angel Dear" and bought him several more over the years. When Brian was born, we started a collection for him, too. The boys loved their "guys," as we called them. Gavin also loved musical things and one of his more recent bed companions was a monkey that played music and nature sounds. He loved having this in his bed and we'd often hear him turn the music on over the baby monitor during the night. Gavin would push the monkey's belly and it would glow as bright as his smiling eyes. As he laid dying in the hospital, we made sure that he had his "guys" and his monkey in his bed. We pushed the monkey's belly over and over for him - hoping and praying that we would one day see the glow from his smiling eyes. 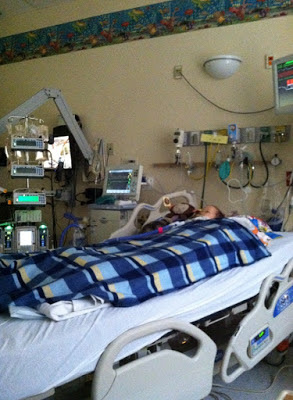 Brian moved permanently, by choice, into Gavin's room. He blended his "guys" with his big brother's and slept with the co-mingled pile right next to his head. Brian is happiest in Gavin's room...sleeping in Gavin's bed. He continues to use the blankets from the hospital that covered Gavin's body over those four days before he died. Also by choice. When we remind him that he can have a new bed and new blankets anytime he wants...he firmly reminds us that he is not interested. 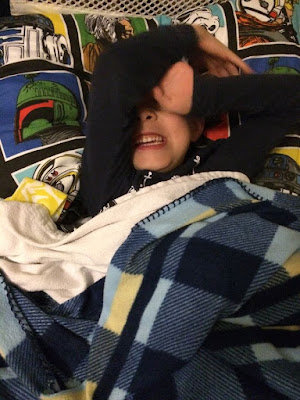 "You can stop telling me that," he recently told me. "I feel close to Gavin when I'm in his bed and I want to stay here forever." 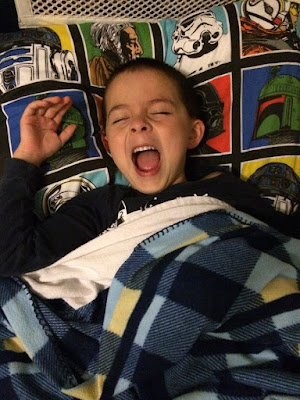 Then Hope was born. We bought her a collection of her own "guys" - pink zebras and pink bunnies and pink owls. I brought Darcy's memory box down from my shelf one day and pulled out the pink lamb I had bought to start her collection and offered it to Hope. She also has Gavin's monkey with the music in his belly and Gavin's very first "guy"... the blue bunny.

Of all the "guys" to choose from, she is obsessed with blue bunny and the musical monkey. She can't nap without monkey! And that bunny? The bunny goes everywhere with her - in bed, in the highchair, in the carseat, in the stroller, and it's never far away when she practices her yoga poses in the kitchen. 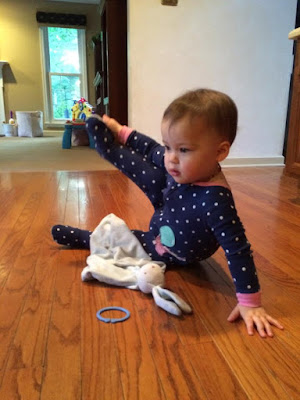 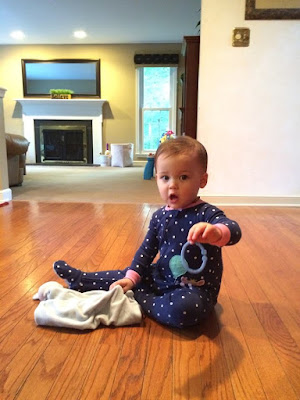 I often wonder... why? Why would a little boy who just moved into a really awesome "big boy room" with a big bed choose to move into his brother's special needs bed - and never leave? 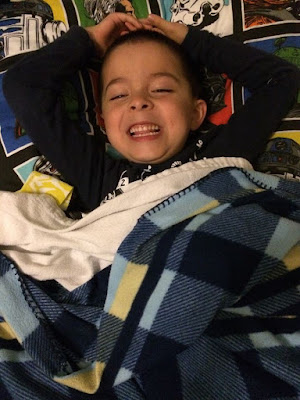 I often wonder... why would a little girl gravitate to the two toys that were so important to a brother she never knew in this life? 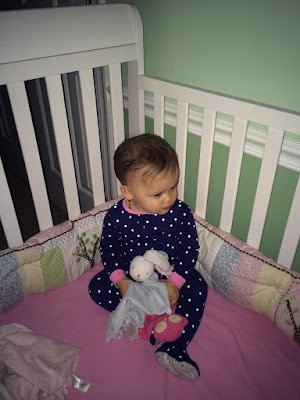 But I know the answer.

On those days when it's all a big pile of bull and I'm angry and sad and crushed and heartbroken... nighttime comes. I get to tuck Brian in and hear the music in his belly as he giggles and laughs while we tell stories. And I know he's really, truly there with us. It's undeniable. And I get to nurse Hope before bedtime in the chair we bought for Gavin's nursery. As I look down at her, clutching blue bunny, I see the glow in her smiling eyes. The glow I longed to see again. The glow I hoped for. 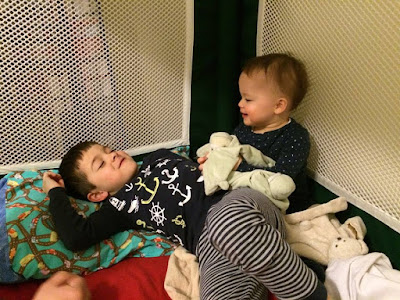 I may not be able to hold him and kiss him and tuck him in and wipe my tears from his face, but these little "signs" and reminders are like the next best thing. 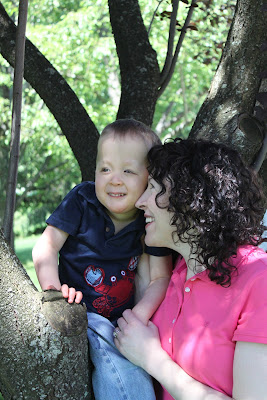 He's here. Always. I see his glow all around us.

Posted by Kate from Chasing Rainbows at 11:24 PM