Breathe in, Breathe out...

Today was Brian's long awaited visit with a Pulmonologist. This past February, he started to complain of shortness of breath and "chest pain" on days that he had gym class. Of course my mind went straight to panic mode and we immediately took him to see a cardiologist. Not just any cardiologist, but the expert that treated Gavin over the last four days of his life. He checked out fine - just a slight murmur that he's had his whole life. She suggested that we take him to see a Pulmonologist. The sad news is that our health insurance no longer covers Nemours A.I. duPont Hospital for Children... "Gavin's hospital." We made an appointment, but they weren't able to fit Brian in for several months later at Children's Hospital of Philadelphia. I felt like a big traitor. We are so loyal to duPont. After one reschedule due to illness, the day finally arrived for us to head to CHOP.

The best news about going to CHOP? They have a brand new satellite office just ten minutes from our home! Brian and I were very excited to go inside this new building. We watched as they built it from the ground up! Every time we went to the grocery store or the mall we would check out the progress and would imagine what it was like inside. Today we found out. 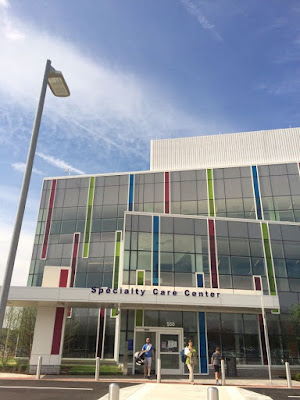 Our first order of business was looking through the colored panes in the windows - something we loved to look at from the road all these months! 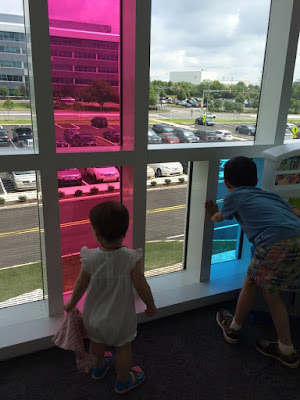 Brian and Hope had a great time checking out the toys in the waiting room! 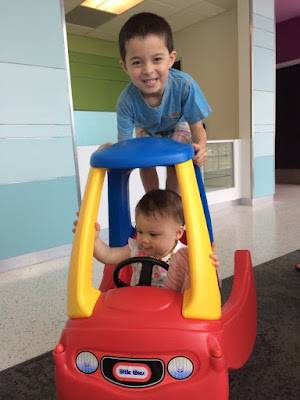 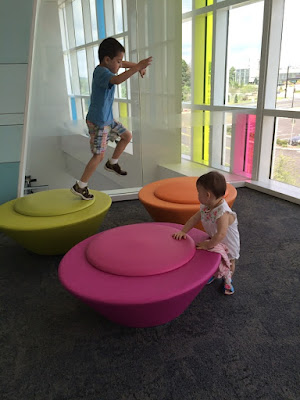 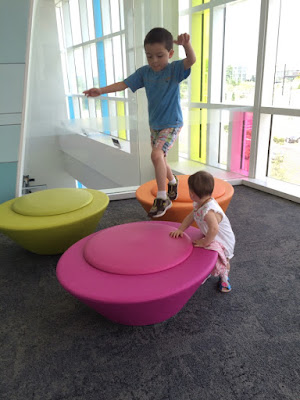 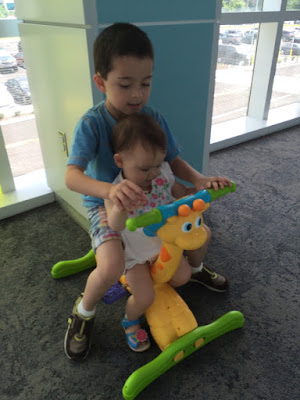 When it was time for Brian to be seen, I had a bit of deja vu. Brian was often the tag along when Gavin would have doctor visits. It was quite a trip to watch Hope watch Brian. Quite a trip, indeed. 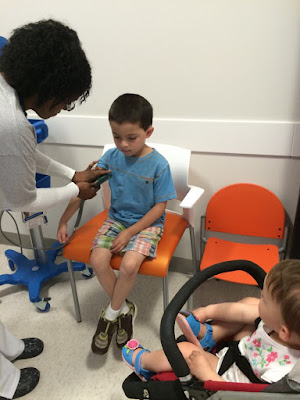 After a Spirometry test... 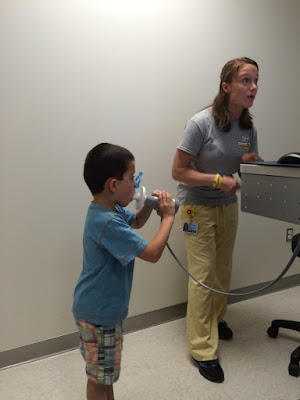 ...it was time to see the doctor. She told me something I already knew - only because 75% of my readers had already told me based on their own experiences! Exercise induced asthma! 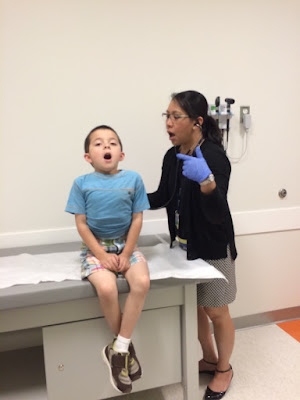 She said it was on the mild side and gave us a prescription for a puff inhaler to use just in case. Brian hasn't had any symptoms since the winter. We had a lot of respiratory illnesses over those cold months, which likely exacerbated the asthma symptoms for him. I am signing Brian up for soccer at the end of the summer into the fall. It will be interesting to see if it pops up again. If it does, we're ready!

The last order of business before we left was a chest X-ray - just to make sure there was nothing to be worried about. There was. At least for Hope! She was very concerned when her big brother disappeared behind the frosted door! 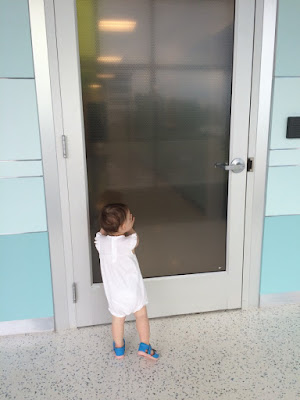 It didn't take long for her to come up with a plan to get to him! 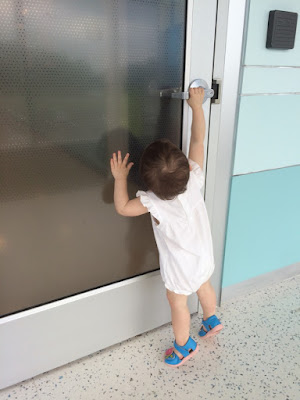 Sounds strange to say, but it was a fun outing. As I tell Brian all the time... "We're Leongs. We can make anything fun - anytime, anywhere!"

Posted by Kate from Chasing Rainbows at 11:51 PM