Close As Our Own Backyard...

"How many children do you have?"

It's the question I love.  It's the question I dread.  Most of the time I just say, "I have four!" and hope they leave it at that.  But they usually don't.  There are some that want more information, as I would.  Boys, girls?  How old are they? Do they all get along?  I take a deep breath - knowing that this could be the conversation ender right here...

"I have four, but two are in Heaven." 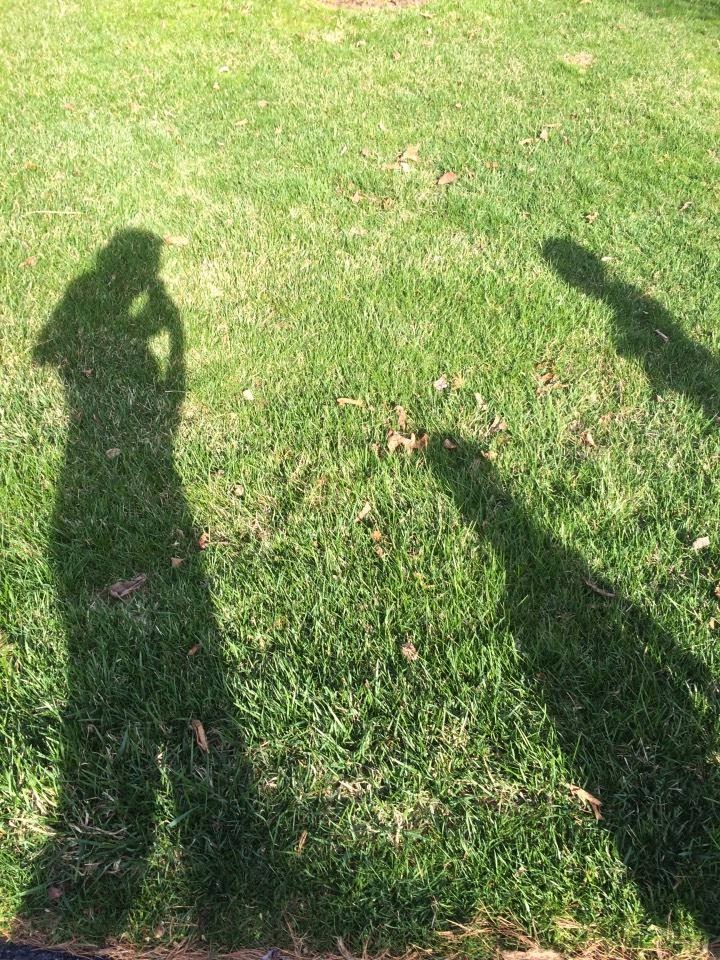 Silence.  Gasp.  Then comes the I'm sorrys and the awkward comments and wide eyes that scream "get me out of this conversation!!!"

I also love talking about my two children that are here on Earth! 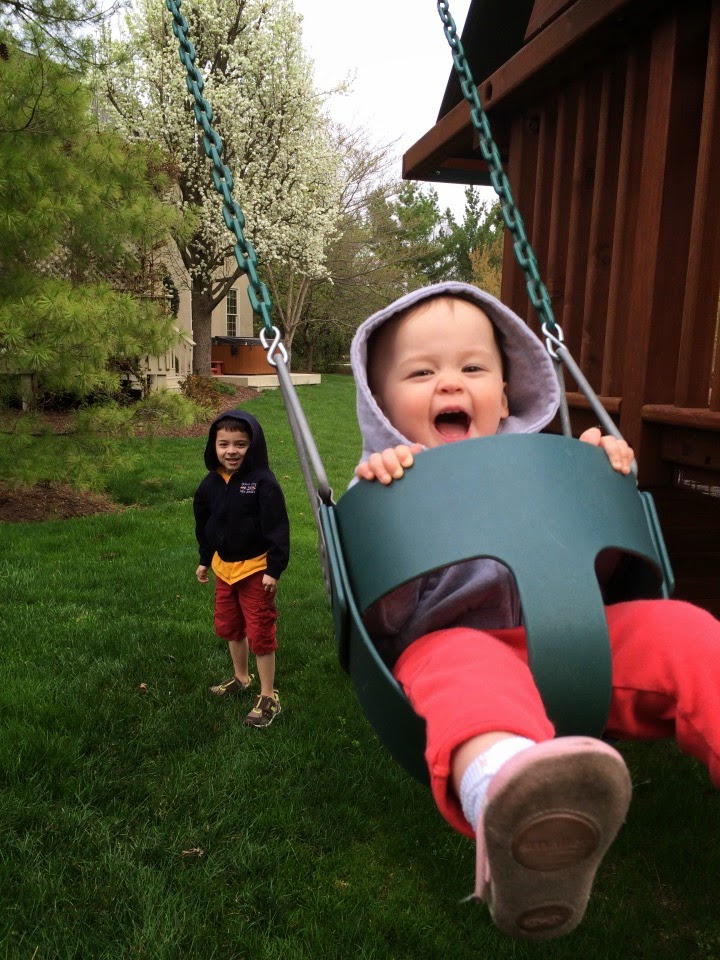 Brian is getting sweeter and smarter and cooler every day.  This past Friday night was a planned "Mother/Son" event hosted by his school.  Nearly all the boys and their Moms were going to a baseball game about an hour away.  Now, I really don't care for baseball (or any sports!) but I didn't tell Brian that!  I bought the tickets and told him how excited I was.  The day before the big game, we realized that rain was in the forecast.  That was it for Brian.  He decided that it didn't sound like much fun at all to sit in the rain.  He also wasn't keen on the long drive - or the late night.  As a reminder, he is six.  Not seventy six.  Moving on...

We decided that we should come up with a "Plan B."  Brian's "Plan B" was for the two of us to go to the Movie Tavern and then to Arnold's Family Fun Center! So that is just what we did.  We had dinner and warm brownies at the Movie Tavern and saw "Home" (which we don't recommend)... 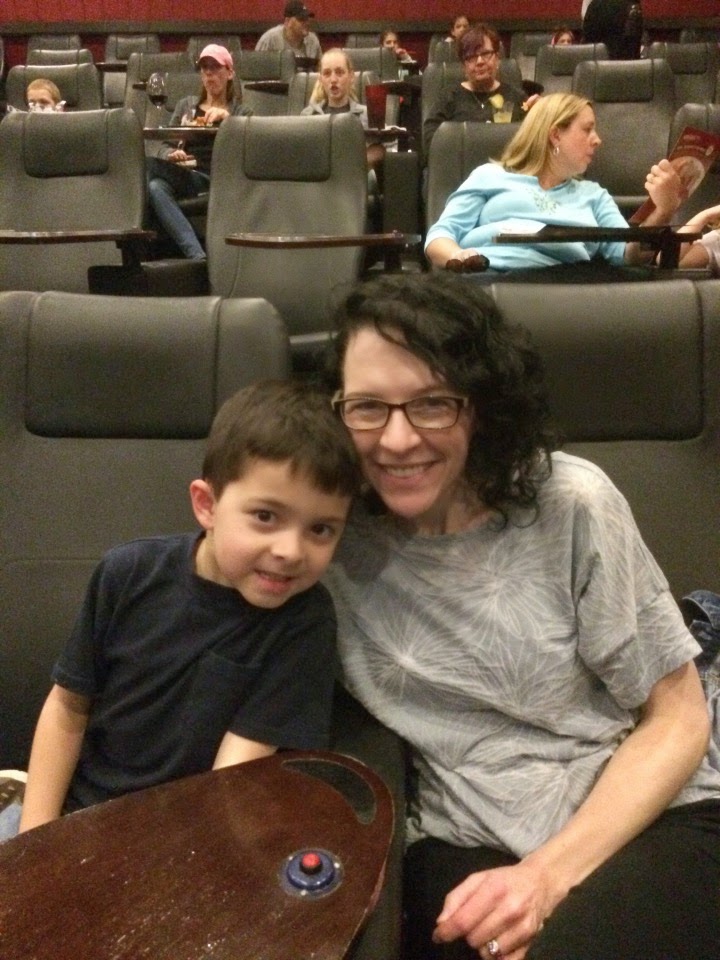 ...and then we went to Arnold's!  We had a blast.  We played Skee Ball and Air Hockey.  Brian won the jackpot on a video game... 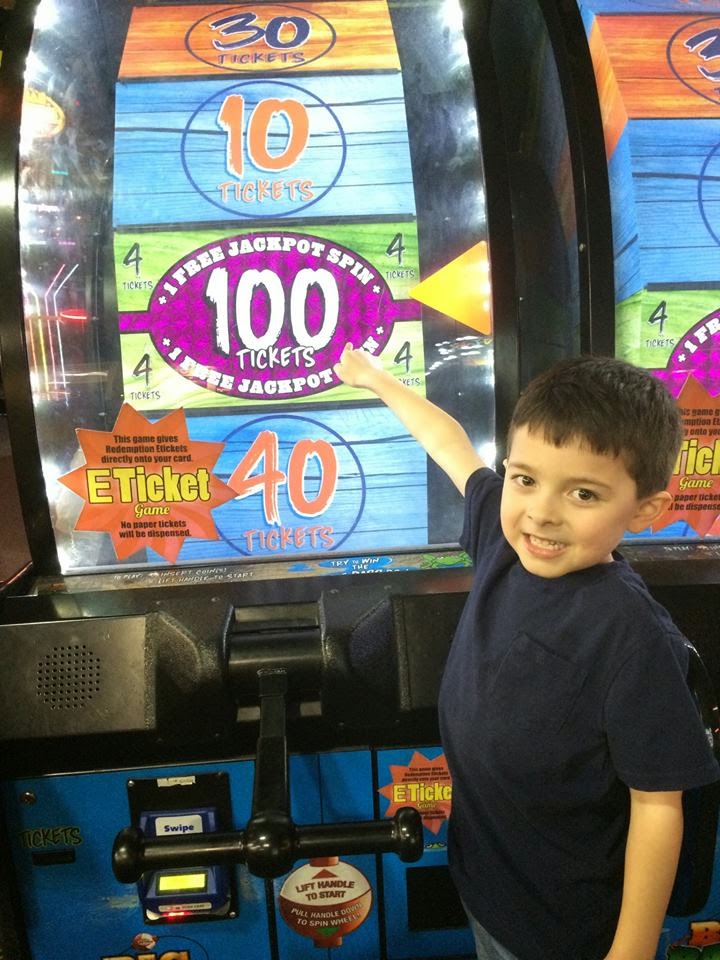 ... and we played Black Light Miniature Golf!  He definitely gets his golf skills from his Daddy. 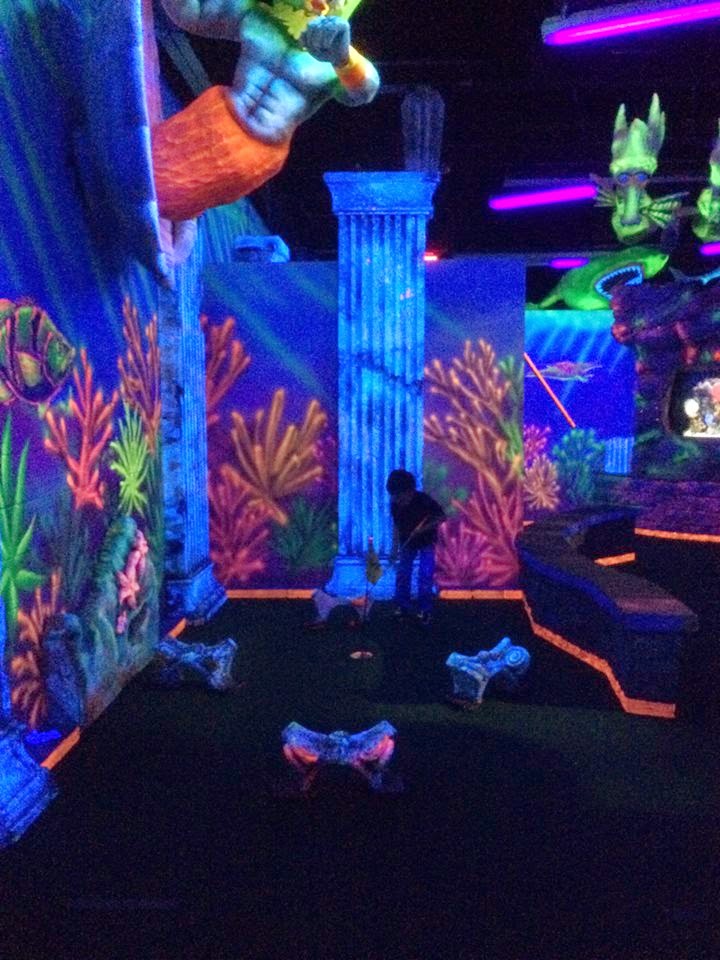 We laughed and laughed that night.  On the way out of Arnold's Brian said, "Hey Mom!  Get me dancing on video!"  He really plays a mean air guitar.
The night wasn't what we had planned, but we definitely got the "Mother/Son" part just right. 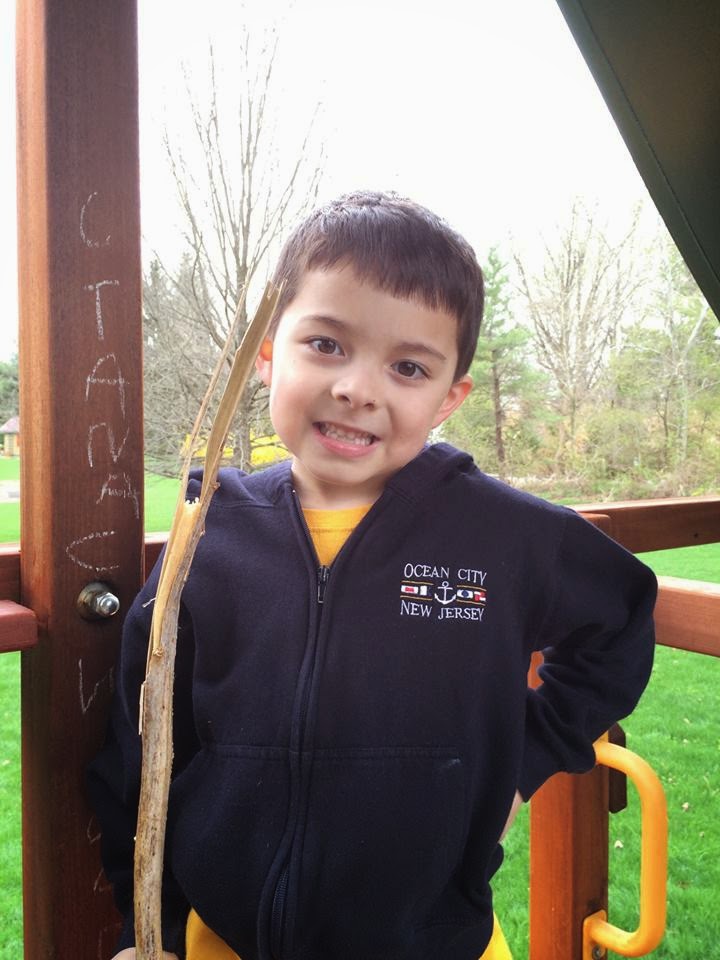 Brian is such a great brother to Hope.  As she gets bigger and more active, they get closer and closer.  She loves to watch for his bus on school days.  Now that the weather is getting warmer, we are outside a lot.  The other day, she wandered around on the driveway and her head would pop up every time she heard something that sounded like a bus.  She just couldn't wait for him to come home! 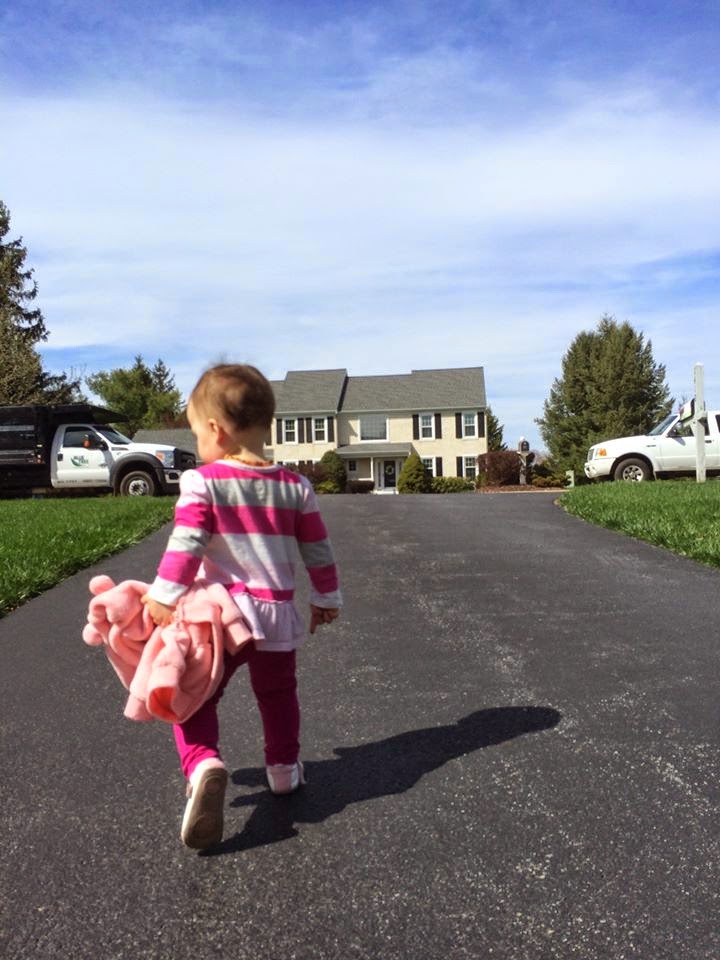 Then finally... the big moment!  She RAN up the driveway to greet him. 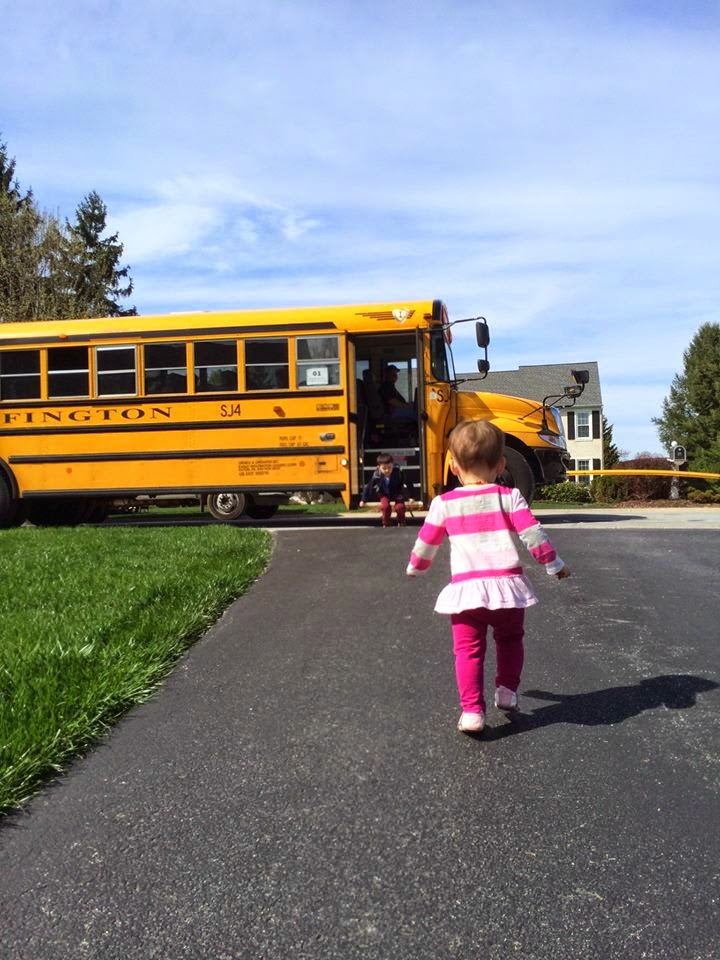 It's hard to believe that Hope is 16 months.  Not just because 16 months flew by too fast... but because of all she does for her age!!  This little one is so confident and daring.  It's equal parts awesome and terrifying!  Inside - with hundreds of options in the playroom - she chooses to climb.  She'll climb on the coffee table - on the couch.  She'll climb on any chair she can find and pull out and she always has a cute, mischievous grin when she does it. 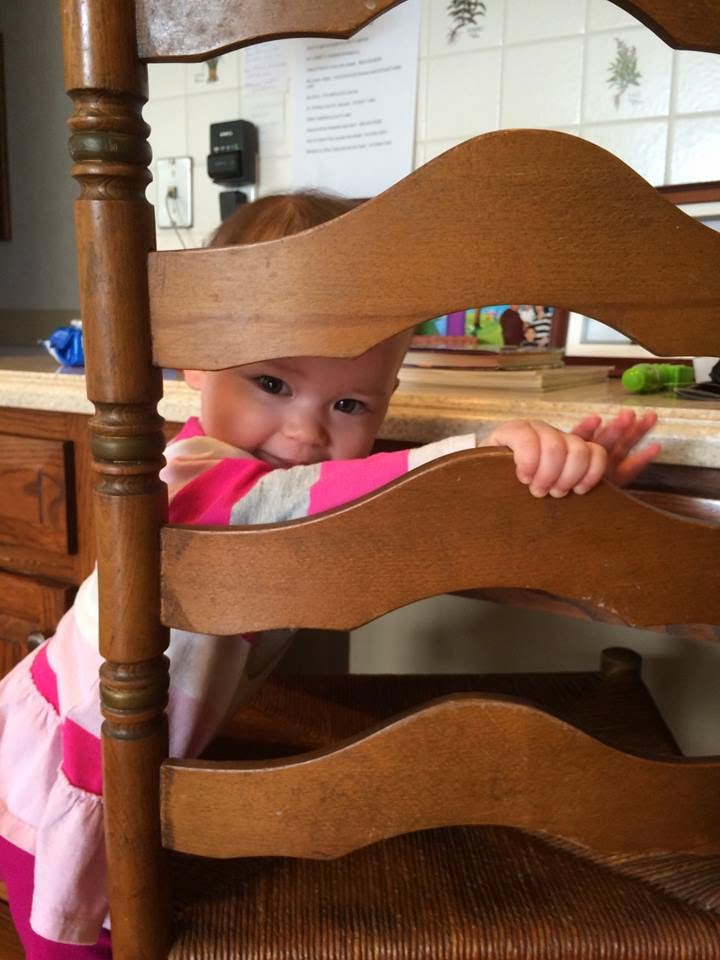 It's pretty difficult to get anything accomplished when she's awake, so when I do - even something simple - I feel like Wonder Woman!!  But typically I have a solution when she's awake and I need to do things.  It looks a little bit like this... 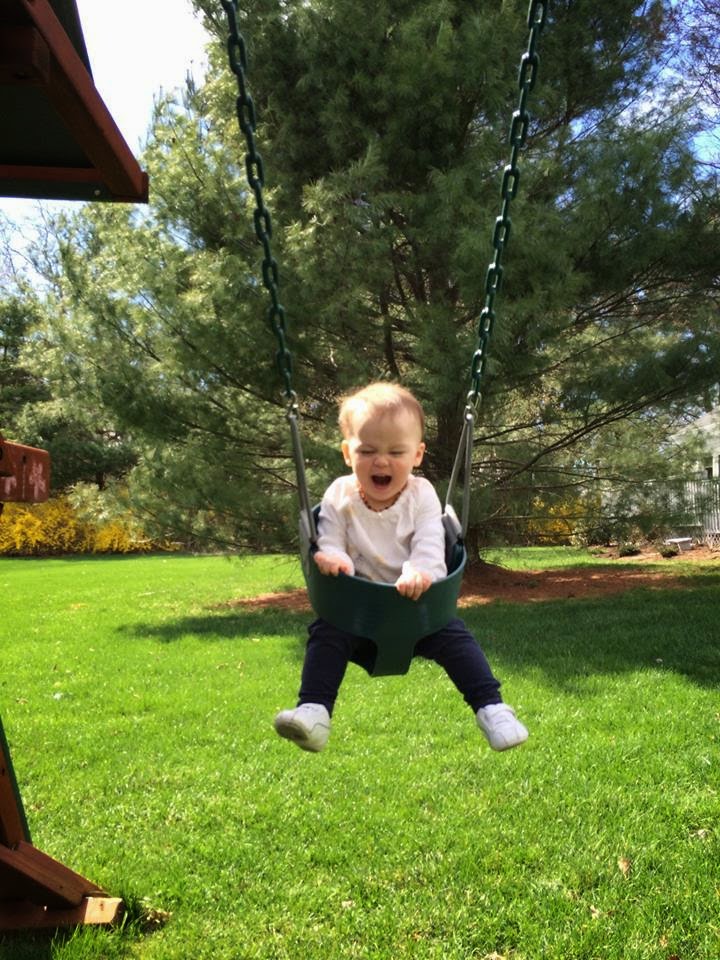 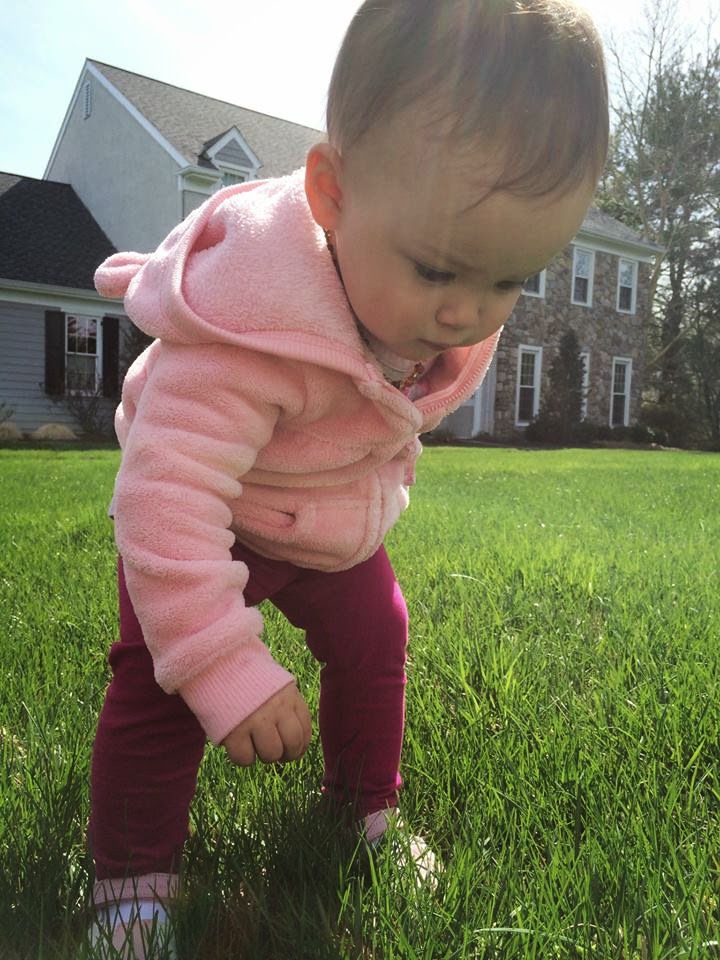 I am a Mom of four.  Two on Earth and two in Heaven.

Some days, Heaven doesn't seem that far away.
Some days... it's as close as our own backyard.

Posted by Kate from Chasing Rainbows at 10:43 PM