On April 10, 2013, the unthinkable happened.  Out of the blue I found myself in our local emergency room - standing over my son who was in full cardiac arrest.  They got his heart beating again, but told us we should say our goodbyes right then and there.  Luckily, if you want to call it that, they were able to stabilize him enough to call a helicopter to take him to duPont.

When the pilots walked into the room to get Gavin ready for the transport, I took them by the arms and begged them not to let him die on the way.  It wrecked me that I wasn't allowed to fly with him. It would have destroyed me if he died with in the air with two strangers.  The pilots assured me they didn't let kids die on their helicopter.  I wanted to believe them.

Ed and I got in the car to head to the hospital.  That time in between life and death - that helpless feeling not knowing if you'll arrive to find your son alive or gone - it was my own personal hell.  I was so desperate for anything - anyone - to help me.  In the car - in rush hour traffic just to make matters worse - I picked up my phone and sent an email.  This was it...

Hi Glennon
My husband and I are taking the longest car ride of our life after our sweet Gavin went into cardiac arrest after a seizure and was choppered to a hospital. It is very grave.  I know you have a huge army so I was wondering if you could ask them to please pray and send all their positive energy my Gavin's way?  I can't lose him.  I just can't.
Kate

Sent from my iPhone

I only knew Glennon online and through emails.  And I, of course, was a regular reader of her blog, Momastery.  I knew she had many, many followers - and I knew she probably received requests all the time to share things and help people - and I had no reason to believe or expect that she would share my request for prayers - and, to be honest, I wasn't at all sure that prayers would work.  But she did share it - and by the time we got to the hospital it felt like the entire world was behind us.  We rushed up to the ICU where Gavin had been taken and... he was alive.

Today Ed and I were on that same road... but this time, we were driving to meet Glennon.  She was speaking at a church a little over an hour away from our home.  As we drove, I started to reminisce with Ed about that day in April.  As if it was right on cue, a helicopter flew overhead.  It felt, in a way, like a full circle moment for me.

Glennon had reserved seats in the front row for Ed and me, which was so thoughtful and unnecessary!!  The set up was very intimate - it felt like we were sitting in her living room. 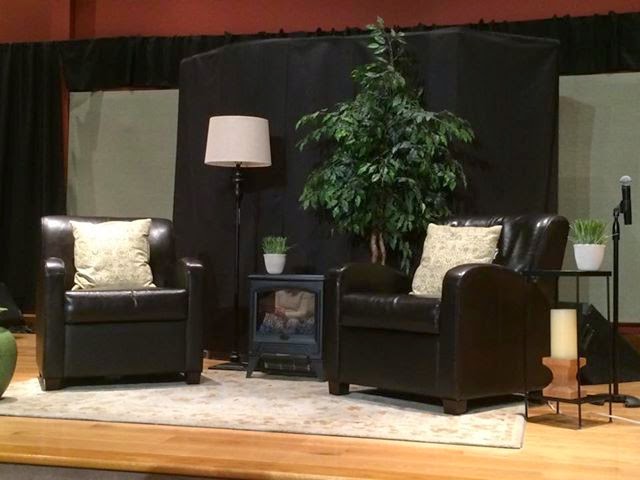 When she came bounding out from behind the curtain - 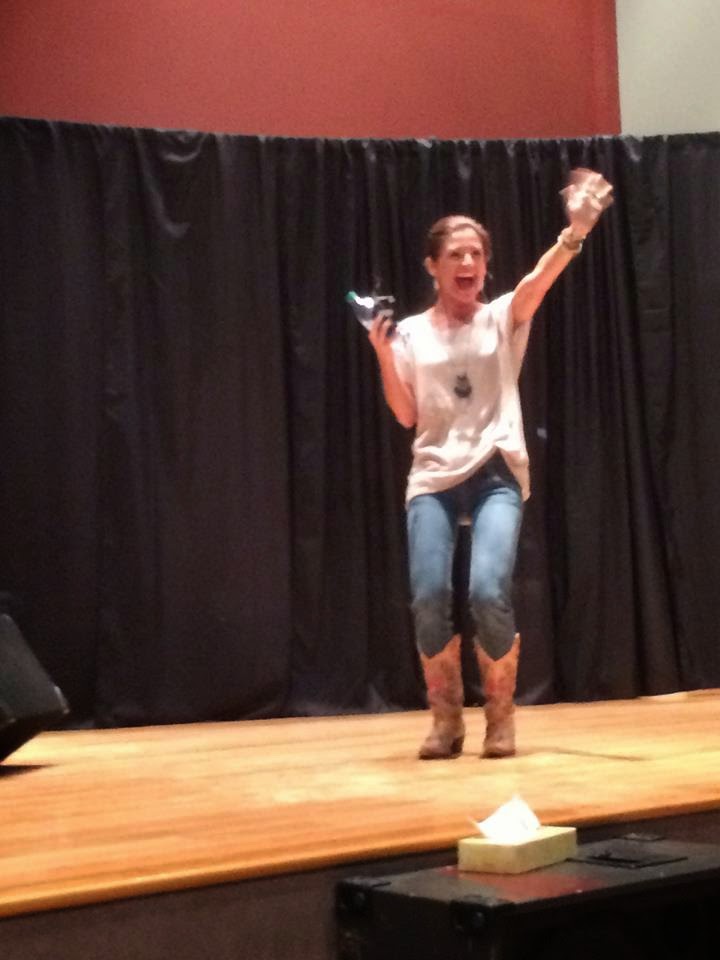 - and got comfy and casual, it was clear why they set up the stage the way they did.  Glennon makes ALL of us feel (online AND in person) like we are old friends sitting in her living room.  What happened next was magic.  She talked... and talked.  She shared stories and wisdom.  She was open and honest and humble.  She is so, so humble.  Questions were thrown her way and she answered them effortlessly... eloquently... and energetically.  She is full of so much positive energy!!  After the event was over, there was time for everyone to meet Glennon. 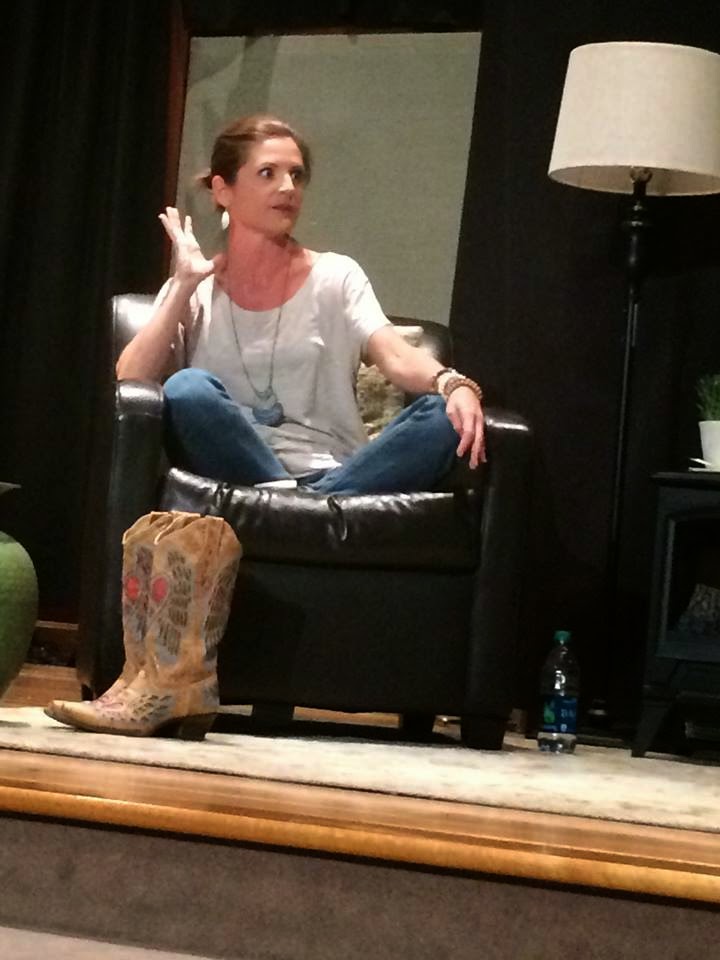 Ed and I had been sitting a couple chairs away from Craig, Glennon's husband, so we ended up chatting with him for quite a while.  You'll never meet a nicer, more supportive husband.  What a kind, kind person.  It was a pleasure to spend time with him. 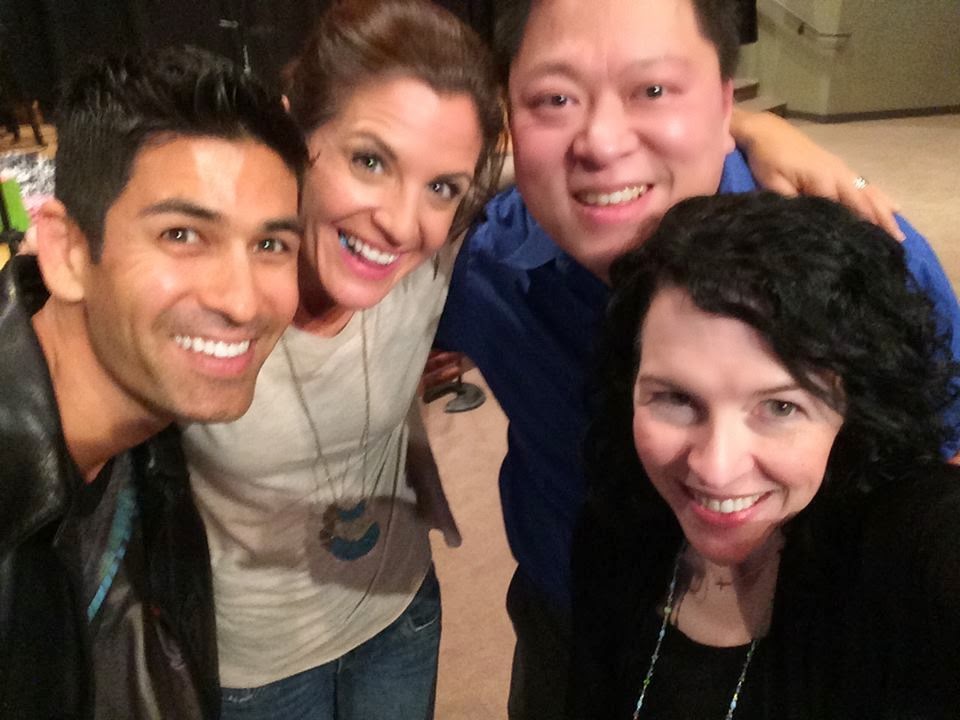 Soon I was able to have some time with Glennon.  It was a hug that was years in the making. 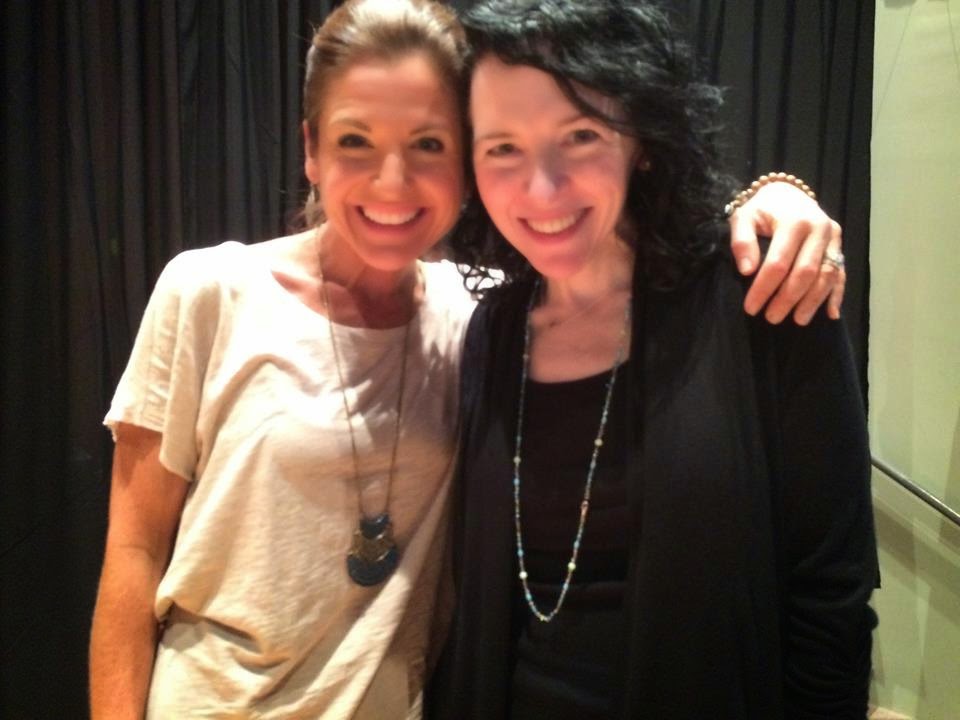 There was only one thing I wanted to tell her in person - the only thing that was important to me.  It was this... 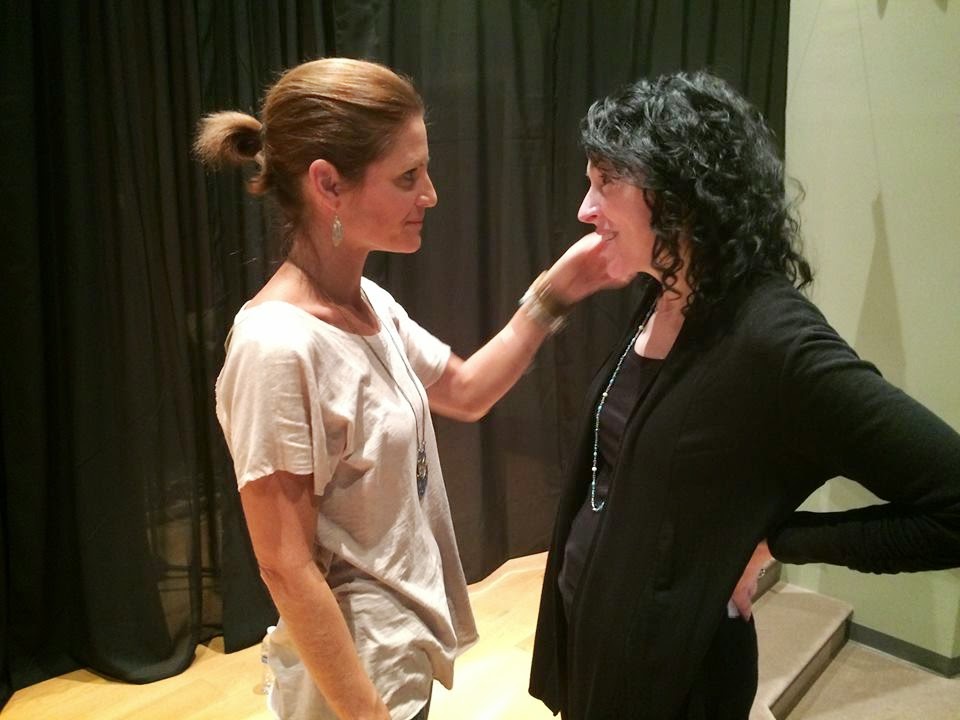 I've had several people ask me if I still believe in the power of prayer - if I still believe that so many people sending positive thoughts can really change anything.  After all - there were thousands upon thousands of people praying and hoping and sending their thoughts our way that April day... yet Gavin still died. 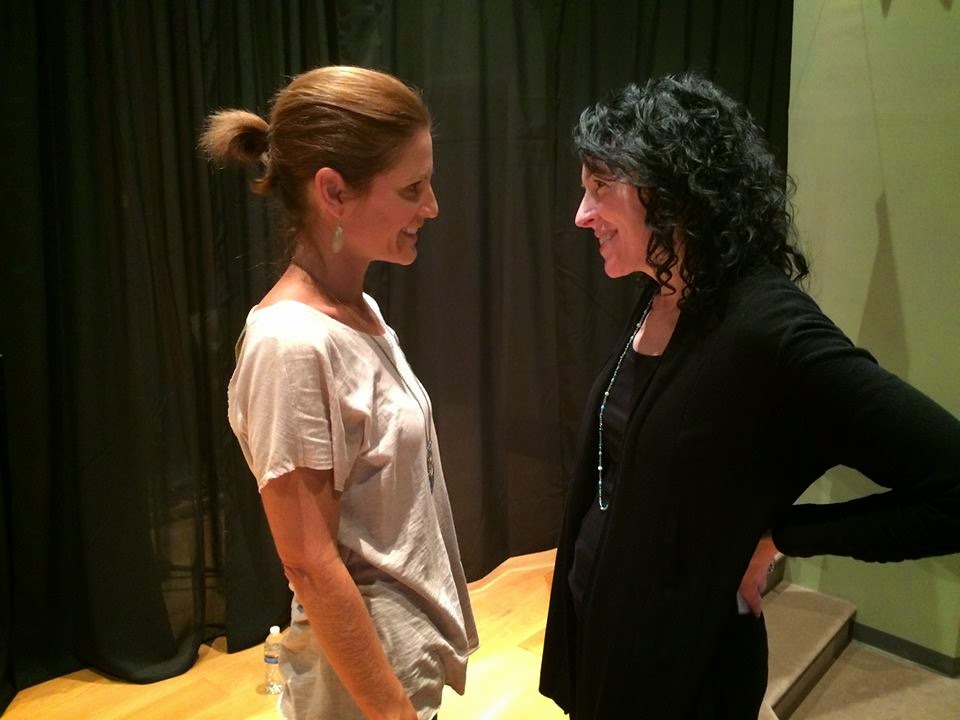 I wanted Glennon to know that, to me, it meant everything.  That day I wrote to her from the car - all I wanted was for Gavin to live until we got to the hospital.  But we got even more.  Gavin lived for four more days.  Four more days that we had to process what was happening... to say goodbye... to bring Brian in to say goodbye... to arrange to donate his organs.  So yes... I do still believe.  And I'll forever be grateful that she chose to share that day and made us feel that we had the world on our side.  On Gavin's side.

It was a great, great day.

Well, there were some "not so great" moments, if I'm being honest.  I wasn't feeling great today.  You know when you have a cold and you just feel... out of it?  That was me today.  Yes... I am sick... AGAIN.  Couple that with my terrible shyness and I probably came off as a dud.  It's also hard for me to wrap my brain around people who are nervous to meet me.  I can assure you - I am generally the MOST nervous person in ANY room!!  At one point, Glennon brought me up on stage to introduce me and I was so embarrassed.  It was so unexpected and unnecessary!  Ed told me later that I looked awkward up there.  Thanks, Ed.  Ha!

I met some really lovely readers (and hopefully didn't leave an "awkward" impression on any of them!).  It is always a great honor for me to meet any of you.  The fact that you spend your own time reading and getting to know my family is extremely humbling to me.  One woman wanted to show me that she had a photo on her phone of her adorable children enjoying Gavin's fire truck in Ocean City.  I'm not sure I'll ever forget that moment.  I never know how to respond or react when I am approached (which is only a minute amount compared to Glennon - I don't know how she does it!!) but I want you to know that it humbles me.

We hadn't checked the weather before we left.  We ended up leaving the building and walking into a snowstorm!  Our trusty minivan got us home in one piece - but it was quite a ride.  The hour drive turned into a three hour tour with some scary moments when we could barely see the roads!  In the end, it was all worth it for an afternoon of "truth telling."

We're coming up on two years since the day the unthinkable happened to us and I reached out to Glennon.  Whether you have been here for years or came here the day that she posted - thank you.  Thank you for the prayers, for the positive thoughts.  Thank you for seeing us through Gavin's death... his funeral... my pregnancy... and the birth of Hope.  When the funeral was over and life resumed... you stayed.  And I'm glad you're here.

And thank you to Glennon and Craig... for caring about our family.  Today was a day I won't soon forget.

p.s. - If you haven't read Glennon's book, "Carry On, Warrior: Thoughts on Life Unarmed" - I highly recommend it!

Posted by Kate from Chasing Rainbows at 10:50 PM