Just the other day I was going through the photos from "Gavin's Playground Party" - and all I kept thinking was... I can't believe that happened.  I really can't!  Hope was a tiny infant when I came up with the idea and, in retrospect, it all seemed to just come together like magic.  I cold called so many people from my kitchen with Hope over my shoulder the majority of the time... and so, so, so many people said yes.  Yes, they would offer me space in the Expo center for next to nothing.  Yes, they would donate their time.  Yes, they would donate raffle items.  It was all just unbelievable and, as you know - between the actual event and the online auctions - it brought in over $63,000 for a future All Abilities playground at the hospital where Gavin was cared for... loved... and died.

One of my favorite parts of the online auction I had was the "Special Needs Section."  I took a chance and called companies that we had used for Gavin over the years - for his special needs bed, for his KidWalk - and was thrilled when they donated items.  Items that were really expensive... very important... and incredibly helpful to families and kids.  One of those companies that said yes was Firefly!  They donated an Upsee - which was brand new and not even on the market yet! - and two "Go To" seats.  This section of the auction made me so happy because I knew, first hand, that getting special needs equipment could be really difficult... very expensive... and sometimes downright impossible for some.  I was really so, so grateful to Firefly for their generosity.

I must have stayed on a list of theirs - maybe a "special needs Mom blogger" list, I'm guessing - because one day there was a big box from Firefly on my doorstep.  I sat on the kitchen floor with Brian and Hope and opened it up with excitement.  To be honest, it felt for a second like Gavin was still alive.  I had no idea what was in this box or why it was sent to me - but I knew it was going to be awesome and, for a split second, I forgot that it wasn't for Gavin.

When I opened the box it was almost like sunbeams came shining out of it. 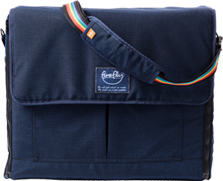 And as I opened it more and more... I still didn't understand why it was sent to me, but I felt like I had won the lottery.  It was their brand new Playpak. 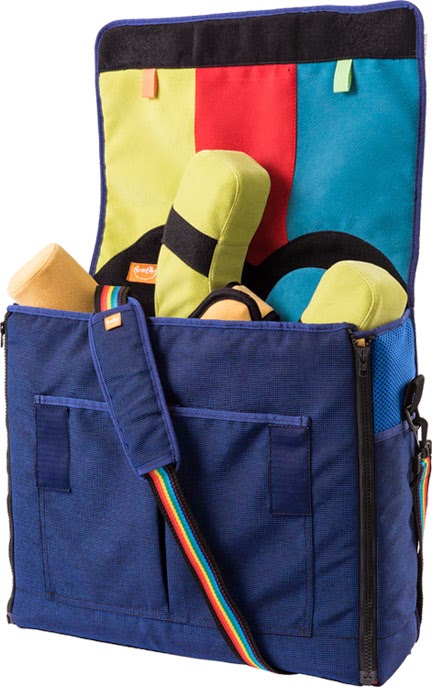 Brian and I pulled it out and started playing with the pieces - each piece can be attached with velcro to the unfolded bag, which becomes a bright, colorful mat.

"Is this like a puzzle or something?" Brian asked.

"No!" I told him.  "Do you remember how Gavin had a hard time sitting on his own?"

"Cool!  Can we keep this for Hope?" Brian asked.

I felt myself turn hot.  I almost felt like I had stolen merchandise - I was sure this was accidentally sent to me.  Part of me, selfishly, wanted to keep it - not for us, but to give to someone who needed it.  I explained to Brian that I had to write to Firefly to tell them they sent it to us by accident - and that I would ask them if we could give it away to someone who could use it.  Brian loved that idea and we both agreed to cross our fingers that they would say yes.

It turned out that it was an accident - I had been added to a Mommy blogger list of people who received items from them to review.  They felt terrible.

"No need to feel bad!" I said.  And then I begged them (well, I didn't really have to beg at all - but I was prepared to!) to let me keep it.  I knew JUST who could use it the most.  I was so happy when they said YES!  I also told them that if EVER they wanted to send ANYTHING to me - I would be THRILLED to write what I thought about it as long as I could do a giveaway or find a perfect home for the item.  They said YES to that, too!!

Before I tell you what I chose to do with this Playpak, I have to share one thing.  This entire, accidental exchange felt, to me, like a little message from Gavin.  Even though I know I am needed by Brian and Hope every day - there are times (lots of times) that I feel useless.  When Gavin was alive, I lived and breathed his needs.  My mind was always one step ahead trying to come up with ways to help him, foods to feed him, alternative therapies to take him to or try, and definitely staying on top of the new equipment that could help him was a biggie.  I'm telling you - if I had had this Playpak when he was a baby - it would have been like GOLD.  Making sure he felt included was huge to me - and this could have helped him on so many occasions. 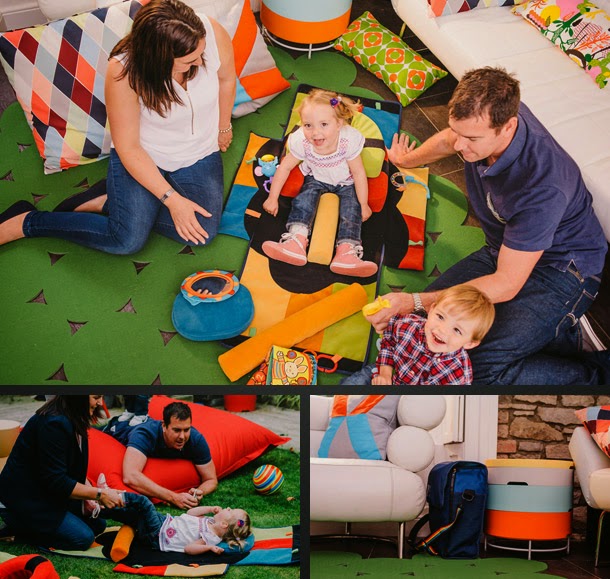 I loved having this Playpak in my home and imagining how I could have used it with Gavin.  I even showed it to Miss Wendy, Gavin's former Physical Therapist, and she was really impressed with it as well.

I thought about doing a giveaway - but giving it to just one person and disappointing many others just felt bad to me.  So I came up with a way to help MANY children in one fell swoop.

I contacted Miss Christi, who was Gavin's Early Intervention teacher through the Cerebral Palsy Association. 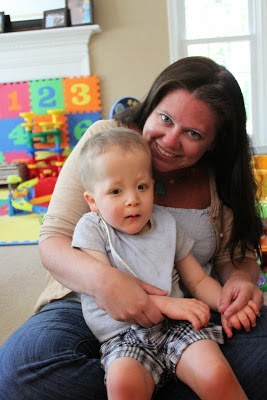 I knew that it would be very well cared for in her hands - and that she could lend it out to Early Intervention therapists as they visit children in their homes!  I remember when Gavin was in Early Intervention - I loved when the therapists would bring something I'd never seen to our home.  It was kind of a running joke that any time a therapist brought something new to show me - I'd run out and buy it before the next session!  I loved having new things to help Gavin!  I also know that therapists would be really grateful to have something so new and shiny to bring to their "kids" during therapy.  Even if it was just so they could prop them on the floor as they played.

Christi agreed and she sent me the following:

The Firefly Playpak will be a great addition to our equipment lending library at CPA. We will have the opportunity to loan it out to families of children with special needs for them to use it on a short or long term basis depending on need. It will also allow families to trial the Playpak before they look to purchase it. Advantages of the Playpak over other more static seating systems are its flexibility and portability. The Playpak is an item which families can take with them easily and set up in a variety of ways to best support their child, whether they are at home, a sibling’s soccer game, or dinner at grandmom's.  It will allow families to include their child with special needs in more activities, knowing that they have a secure seating option which can be popped in the car and taken with them to their next activity.  The machine washable fabric will help families use it more confidently, knowing that they can throw it in the wash if food or paint gets on it. We are very excited to have it as the newest piece of our lending library!

Thank you, Firefly!  Not just for the Playpak. And not just for allowing me to gift it!  But thank you for making me feel useful... closer to Gavin again... even if it was just for a moment or two.

It may have been an accident.
But boy, did that accident turn into a blessing.
Not just for me... but for the many children who will sit tall and proud and feel, maybe for the first time, included.

p.s. - don't forget to keep sending me things - whenever you want!!

If you would like more information about the Playpak and how you can purchase one for your child or organization, click HERE.

Posted by Kate from Chasing Rainbows at 9:06 PM