This weekend Ed and I split the team.  Unfortunately, Hope came down with a cold!  We had plans as a family today, but decided that we should split up for both so Hope could stay home.  It didn't seem fair to her (or anyone around her) if we schlepped her out in public.  I won't lie, both of us are slightly paranoid about a serious strain of a respiratory virus that is sweeping the country and putting infants and children at risk. It felt like the best choice for her to stay inside.

So Hope spent the day snuggled up in her pajamas.  The two of us spent the morning together while Ed took Brian to the Philly Brick Fest Lego Fan Event!  Brian loves Legos and we always have so much fun building things with him!  He had such a great time hanging out with his Dad... and Ed made my day by taking all of these photos from the event! 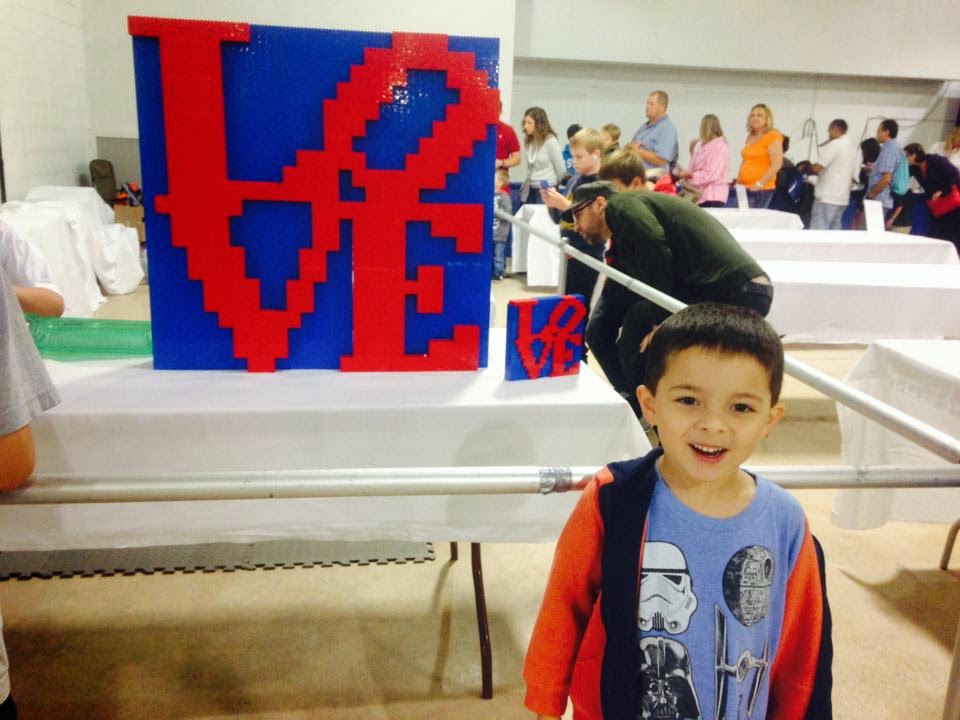 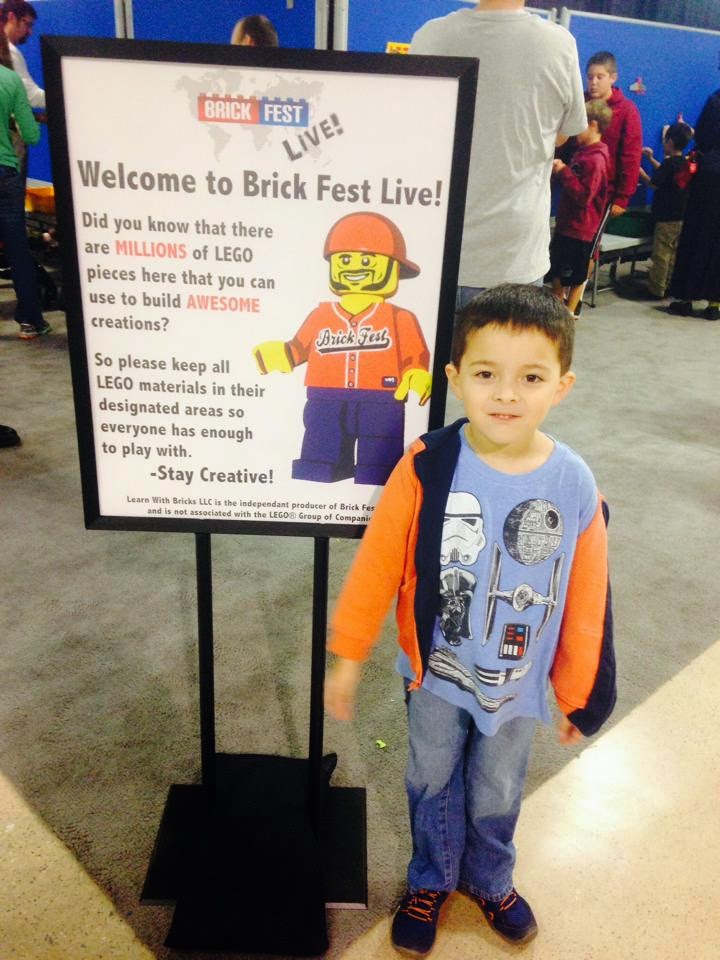 It's amazing what you can do with your imagination and some LEGO bricks! 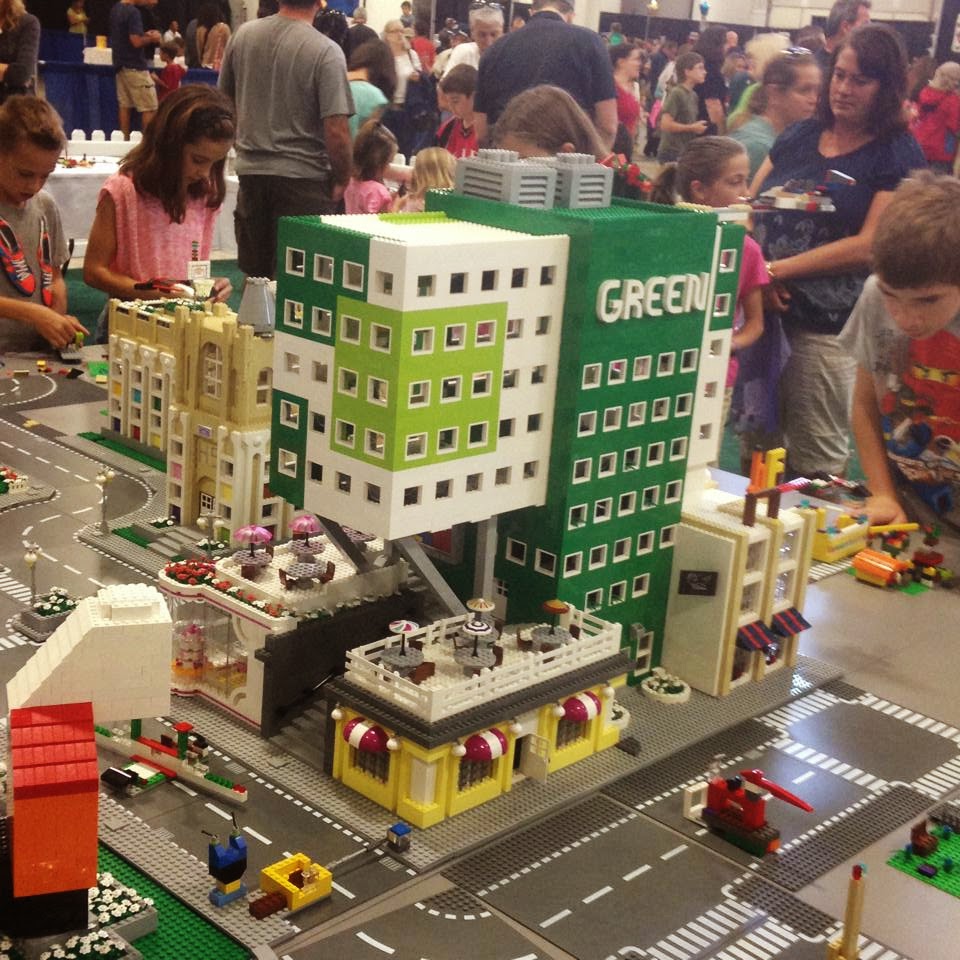 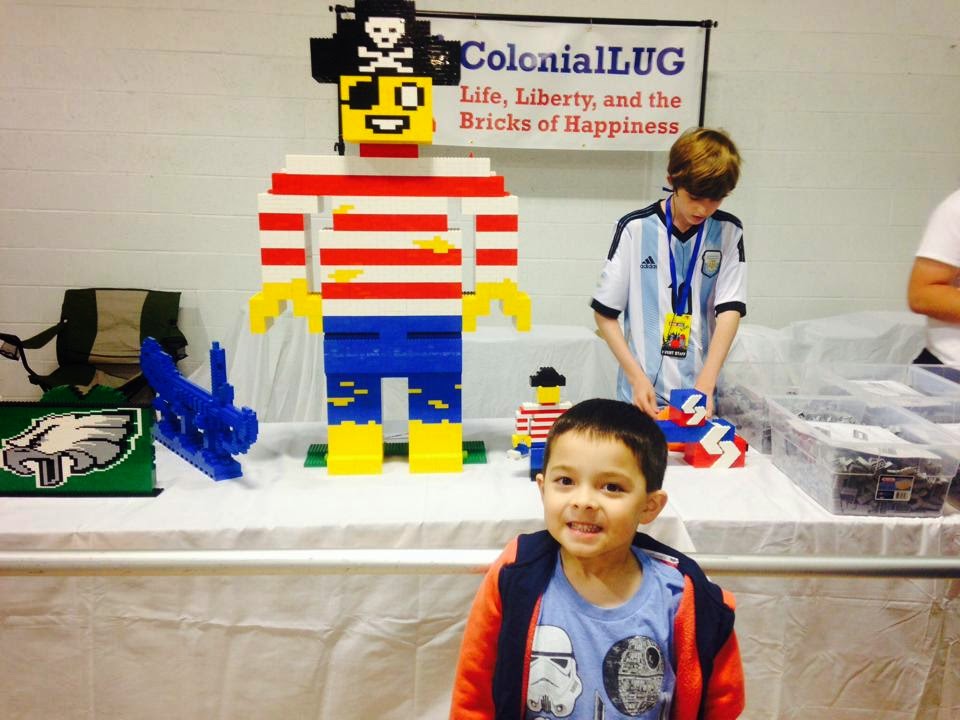 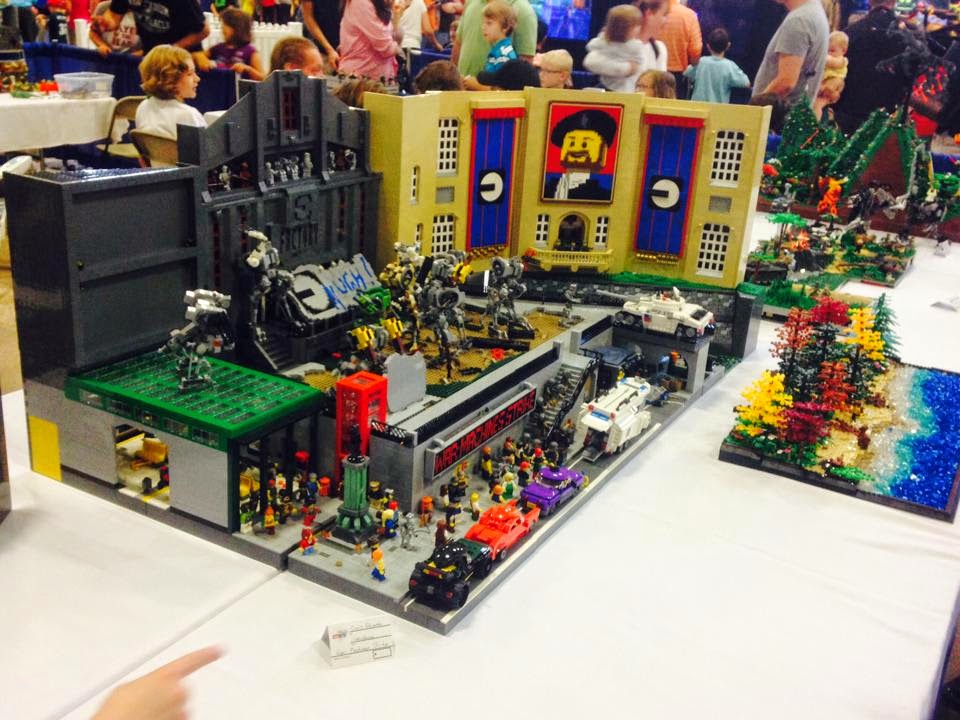 Ed said that Brian sat here for quite a while making a spaceship. 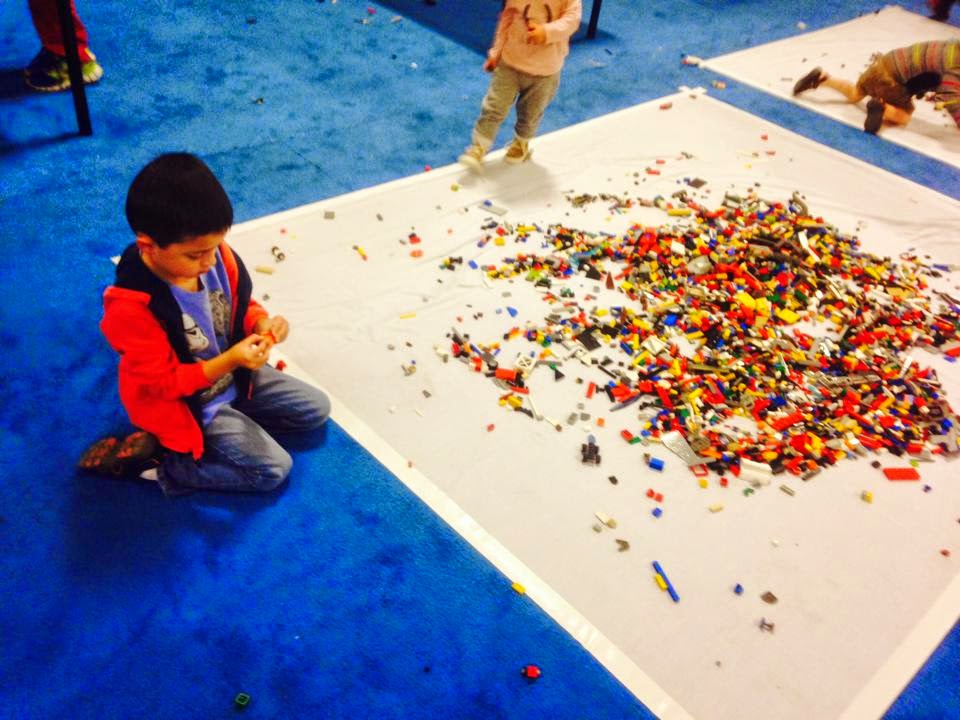 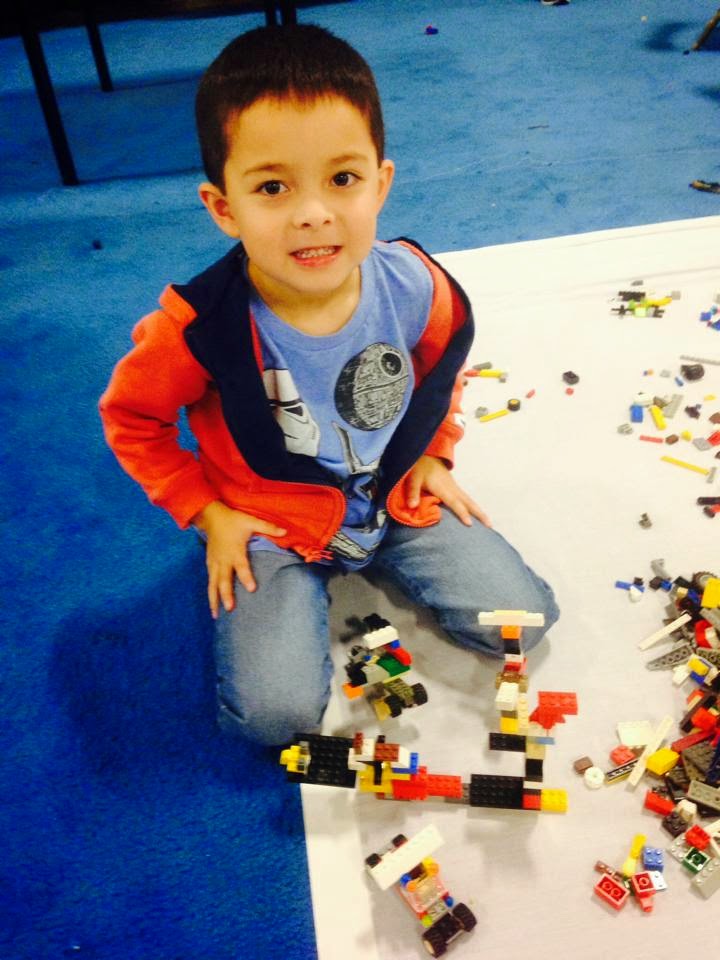 Later in the day, it was my turn to take Brian out on a date!  We went to our neighborhood block party down the street and had so much fun.  We have close to a hundred houses in our neighborhood and it felt like everyone was there today.  The neighbors that coordinated the event had a couple come with a big smoker making brisket, pulled pork and pulled chicken sandwiches that you could purchase.  Brilliant idea for a block party, right?  And then neighbors brought tons of other side dishes and desserts to share.  I love our neighborhood and it was so great to see so many people that I don't get to see very often! 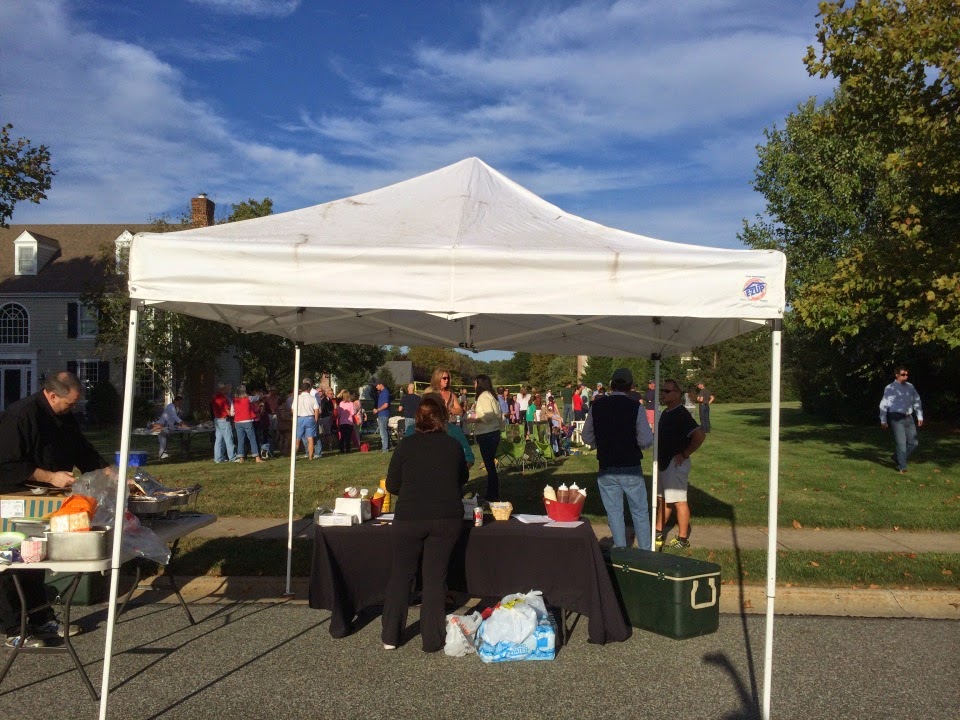 And Brian had a blast with his good friend (and school mate!), Danny. 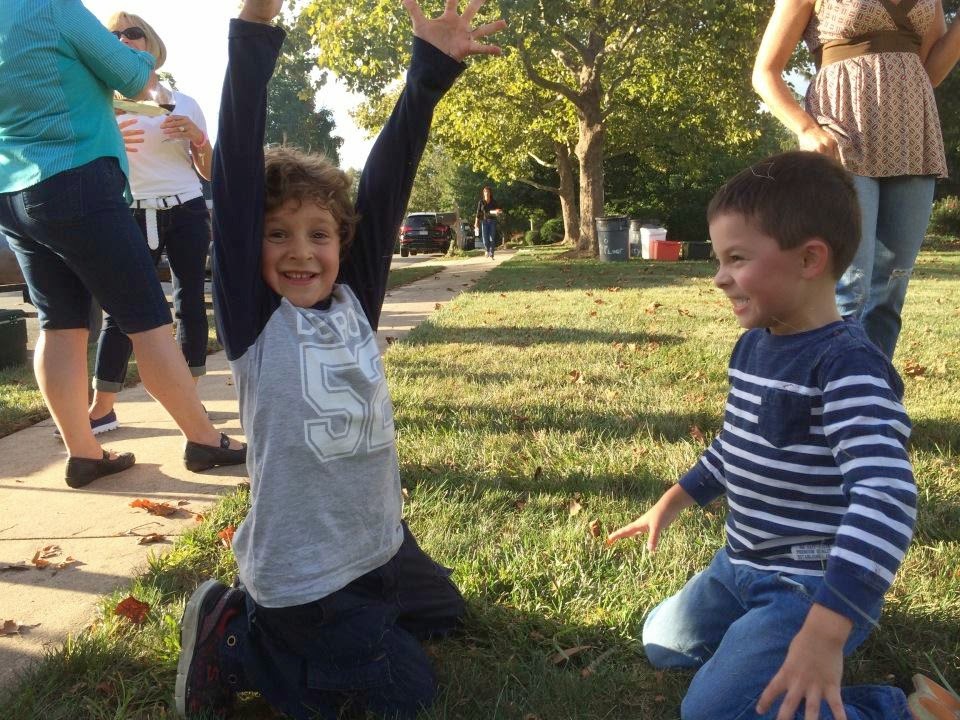 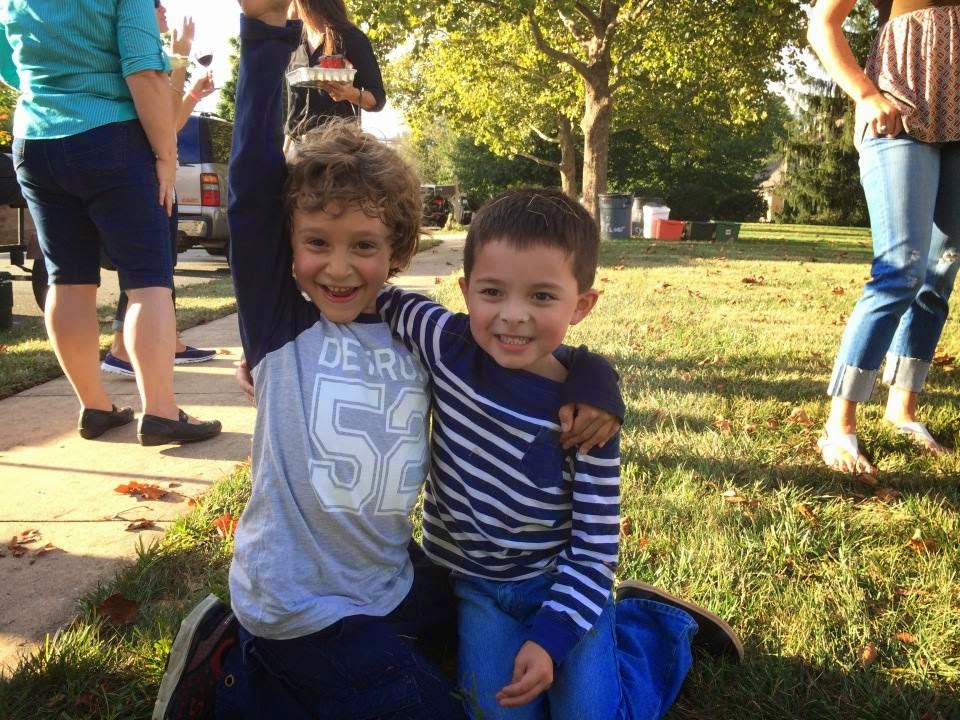 The day worked out in the end.  Hope got two good naps in and lots of snuggles from her Mom and Dad... and Brian got alone time with both of us and play time with his neighborhood friends!

I don't recommend splitting up - but today it had its advantages!

Posted by Kate from Chasing Rainbows at 10:42 PM