The Check is in The Mail...

This week has been busy - and emotional - and surprising - and exhausting.  A week at the beach can throw everyone off a little.  And, of course, there's the mountain of laundry awaiting when we get home.  How did we amass so much laundry?!  On top of that, Ed's away on business all week and Brian has activities.

Science camp started this past Monday at the YMCA.  Brian and I were excited when we saw that his Science teacher is his Tee-Ball coach from last year, Miss Michelle!  He'll be going to this class every Monday morning through August.  He loves Science - and had fun the first day - so I'm expecting he'll enjoy this.

His swim class is going well... at least I think!  I can only peer in the window until the last five minutes when we're all allowed in.  I'll tell you, this instructor is HARD CORE.  He will kick you and your child right out the door if you don't follow the rules.  I'm not looking for Brian to come out of this class with a clean breast stroke - I want him to come out of this class able to save himself from drowning. And this drill sergeant makes me hopeful (and slightly terrified!) that that will happen.

Brian and I have been doing a lot of reading this summer.  One fun thing we started was reading chapter books together.  He's not reading yet, but we're working on recognizing sight words.  Don't get the wrong impression - I'm nothing close to a "home schooler" or even working hard on this reading thing... we're really just having fun.  But I did decide this week that it was time that Brian had his very own library card. 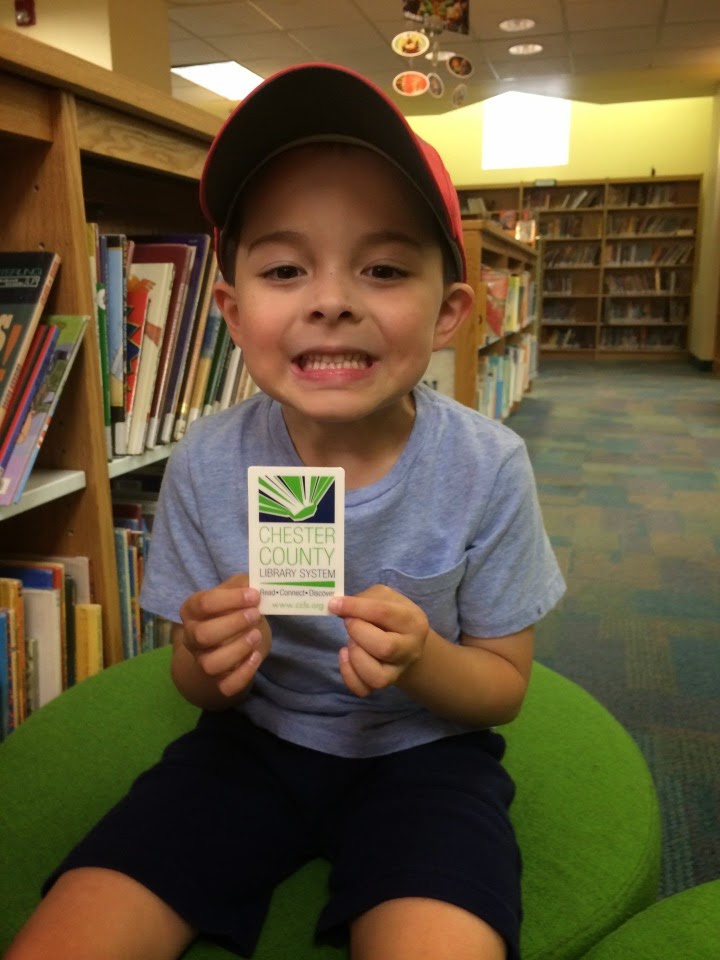 Up until now, I've only used mine.  Having his own card made things a little different.  There was more of an ownership of the entire process.  He carried his library book bag and collected the books he wanted us to read together.  Then he bravely (he can be shy!) brought them up to the librarian and handed him his card before he started handing him the books one by one. 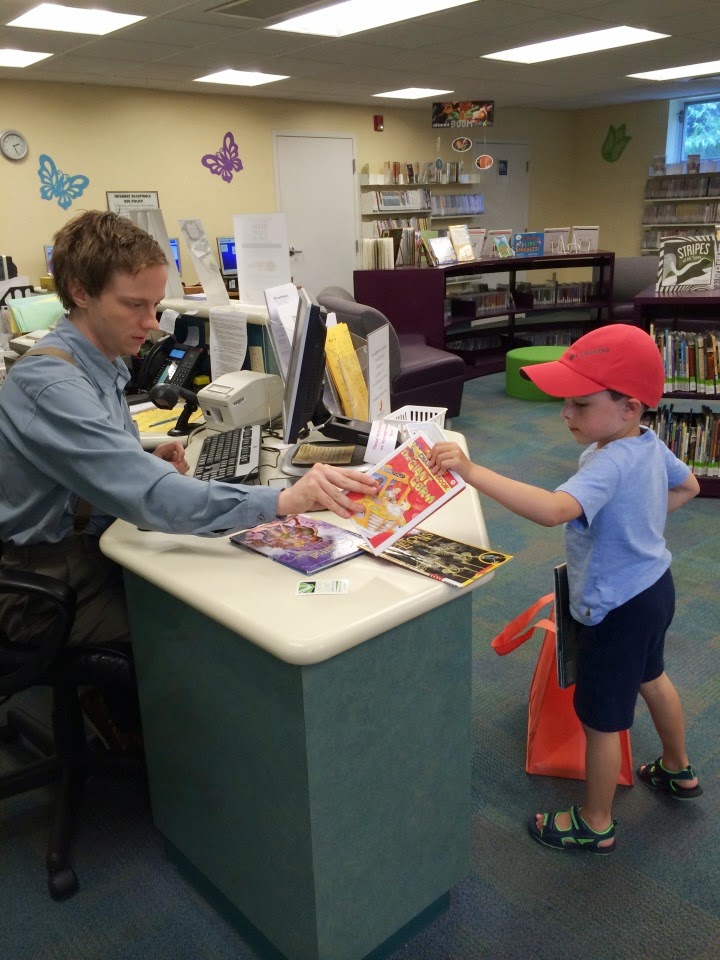 That same day, we took a trip to "Flynn & O'Hara" uniform store!!  This was a big deal for me.  My brothers, sisters and I all went to the same store growing up for our school uniforms for grade school and high school!  It was a completely surreal experience to be the parent shopping for the uniforms for my own child.  Not a whole lot has changed since I was a kid.  It was busy, time consuming as we tried on different sizes and styles... and boring.  When Brian complained that he was bored... all I could do was agree.  And then I said, "Welcome to your reality for the next nine years, bud.  Nine years at LEAST!"

He was so good, though, as we tried things on.  This is his "Spring/Summer" uniform. 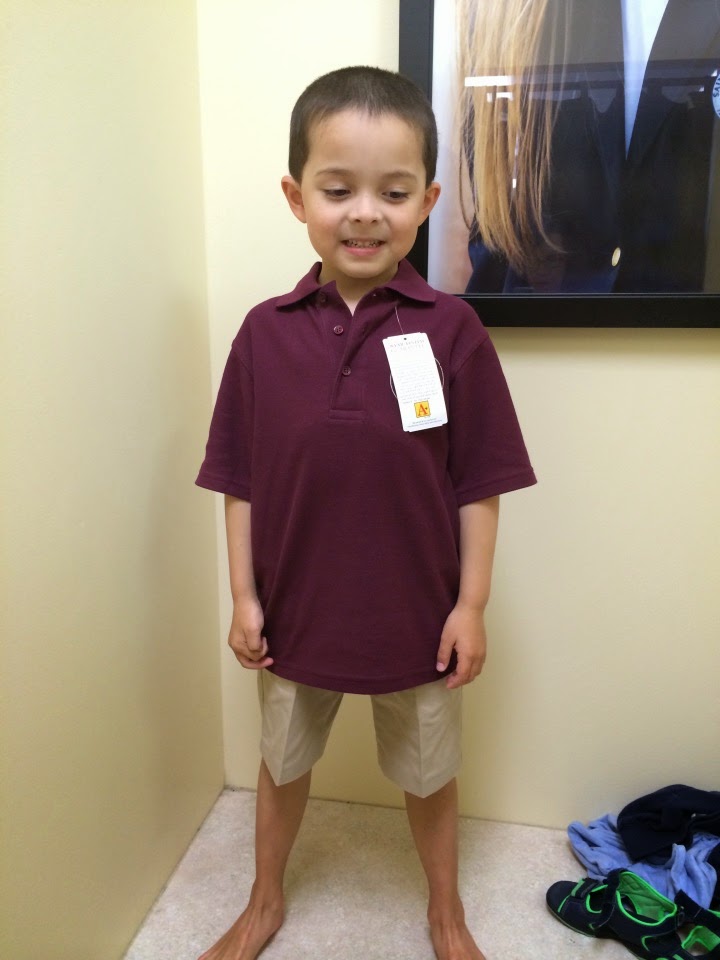 And this is "Fall/Winter" on the top - and "Summer party" on the bottom.  Before I could put his pants on to make it the "Fall/Winter" style, he said "Mommy!  Take my picture!  I look so cute!'  I couldn't argue with that... 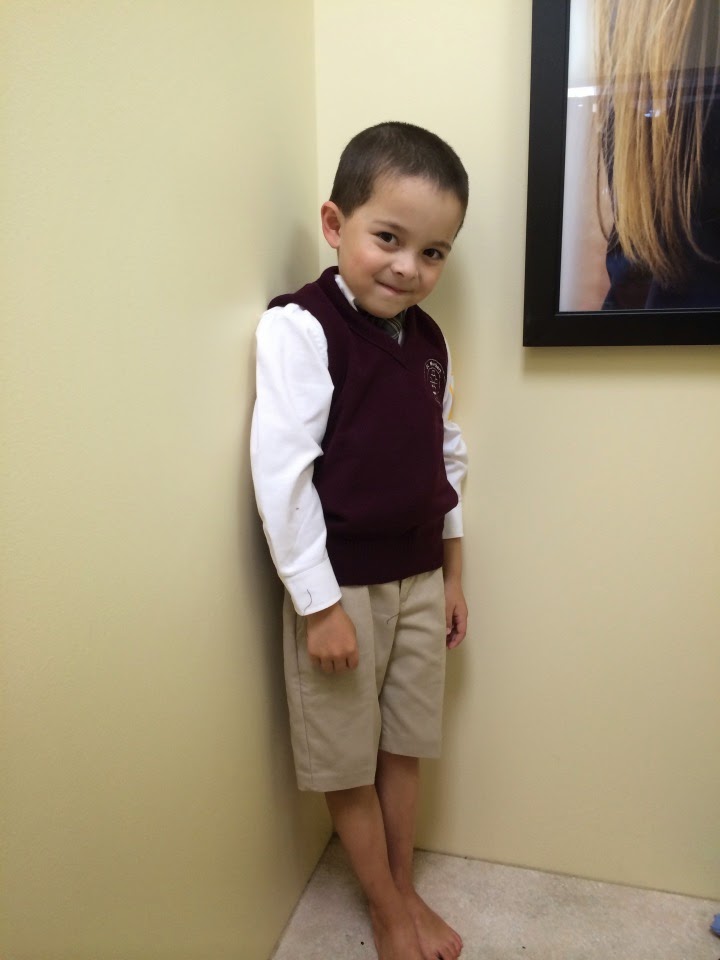 Brian is changing before my eyes this Summer.  It's so hard to believe he's going to be entering Kindergarten in just six short weeks.  I know he's going to do so well.

Poor Hope is having a rough week.

Wait - let me change that.

Mommy is having a rough week because Hope has developed this rash all over her body!!  She's handling it much better than I am.  She was getting little patches here and there when I started feeding her solids.  I knew this could happen and really just blew it off.  But when we were in Ocean City, it became a "thing."  I can't tell if it's eczema, contact dermatitis or a food allergy.  I have experience with all three because of Gavin, unfortunately.  I don't believe it's food... and I would think if it's contact dermatitis it would be gone by now (she was held a ton and in an unfamiliar environment at the beach).  So maybe it's eczema... we'll see.  I've been keeping her moisturized non stop and I'm taking her to the pediatrician in the morning to get his assessment.

Finally - I got the grand total from Gillian's "Magical Monday" event!!  Thank you, again, to everyone that went out of their way to come to support us... and Gavin's Playground Project.  The Gillian family has mailed a check for $2,900 to duPont Hospital for the future "Abilities Playground!"  Gillian's told me that this was a GREAT total for the day.  Yay!!

The love that still abounds for Gavin... it is simply astounding.  I will forever remain humbled to be his Mom. 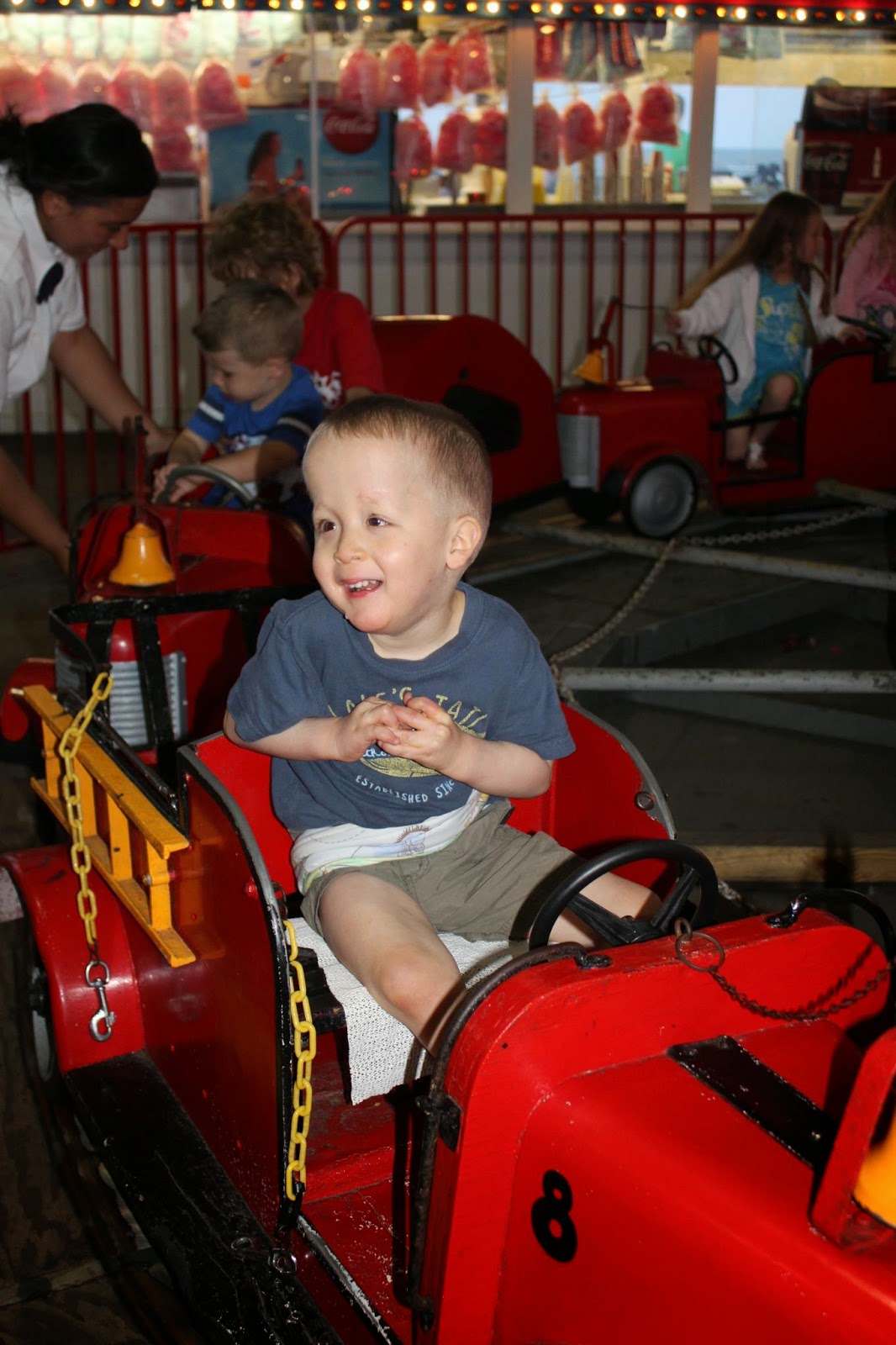 Posted by Kate from Chasing Rainbows at 11:18 PM