That Time That The Readers Saved The Day...

So, Monday morning I woke up feeling inspired.

"Today," I proclaimed in the mirror, "I'm going to get stuff done."

The first thing on the list after breakfast was to rearrange the room that Brian sleeps in.  (That will be revealed tomorrow!)  Brian wanted a change - I think he was inspired by the playroom redo!  He's still sleeping in Gavin's room and does NOT want to leave.  But he also doesn't want to change too much of it.  We had a long talk about Gavin's room... and his room across the hall... and how we don't know what to call either room anymore.  Brian decided that Gavin's room should be called the "Brian-Gavin Room."  And so it will be.  I'll write more details about the room decisions tomorrow.

So there we were - moving furniture and laughing away in the "Brian-Gavin Room" when I realized it was 11am.  We had to get going to Science Camp!  I got both kids ready and buckled into their carseats when I felt like I forgot something.  I ran inside and stood in the kitchen for a moment and even said out loud, "What did I forget?"  I landed on nothing - but before I went back outside, something made me look at the calendar.  There it was... in pen:

Science Camp was over.

So back out to the car I went - unbuckled both kids - and hung my head.  I told Brian the truth and apologized to him and he sweetly said, "That's ok, Mom.  I forgive you!  It was a mistake, right?"

So I took to my Facebook page and turned to my readers.  I thought they could help me come up with some simple Science experiments we could do together that day.  Sure, I could have googled it myself... but I knew it would turn into a handy reference list that I (and many of my readers!) could go back to for new ideas!

Boy, did they save the day.  I have over 350 comments with so many different experiments!  We chose two to do that afternoon.  The first was making "Tie Dye Milk" with whole milk, food coloring and Dawn dish soap.  It was pretty hilarious.  If it looks like Brian has a bit of OCD in this video, I can assure you - he doesn't.  But he is a little bit like his Mommy in that he doesn't care to get messy.  Not the worst trait in the world.  Ha!  And I think you'll enjoy Hope stealing the show in the background.  Oh, and the experiment is cool, too...

Next we did a "Dancing Raisins" experiment.  You pour Ginger Ale (or any clear soda, I suppose) in a glass container - and then you drop some raisins in. 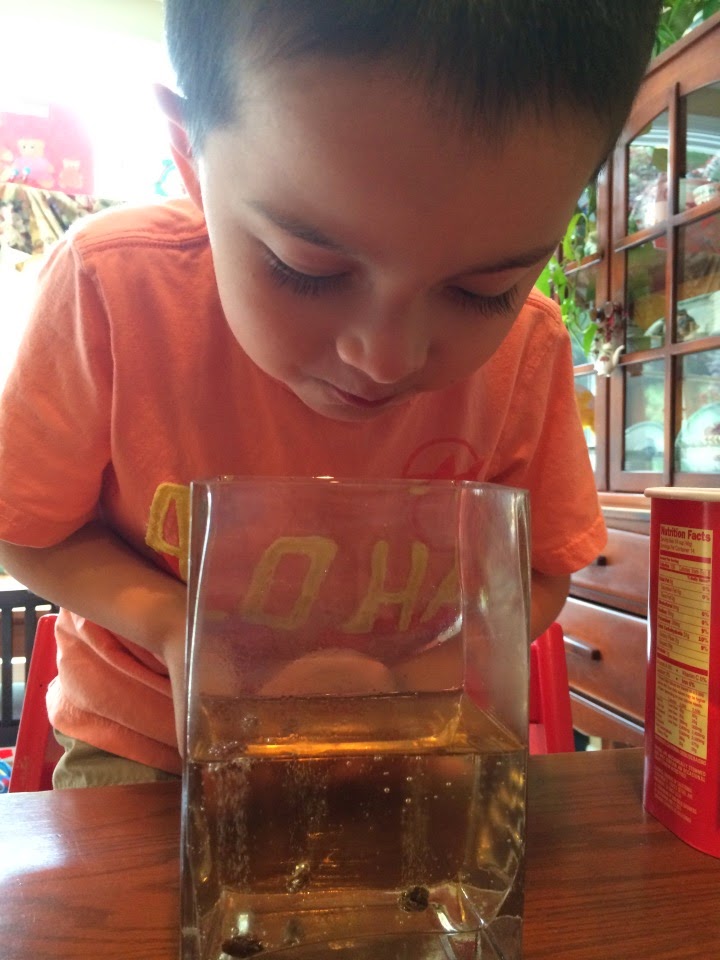 The bubbles catch under the raisins and lift them up - and then they drop back down - and so on and so on.  Take a look...

It turned into a fun afternoon.  Until we were late for swimming.

But then I woke up Tuesday morning and proclaimed, "Today I'm going to get stuff done - and get to swimming early!"

We started off the morning at the movies!!  Our local "Movie Tavern" has "Flapjacks and Flicks" every Tuesday and Wednesday in the Summer.  The movie playing was "Turbo."  Brian was a little bummed because he wanted to see Disney's "Planes: Fire and Rescue."  When we got to the theater to buy the tickets we were told that, due to an error, "Turbo" wouldn't be showing.  BUT... for the same $5.00 price, would we mind seeing "Planes: Fire and Rescue" instead?

It always takes a couple minutes for Brian to get used to the loud volume.  (Quite frankly - it takes me longer!)  The movie was adorable and we had a great time.  Hope was great and ended up falling asleep about twenty minutes after the movie started and woke up when the credits were rolling! 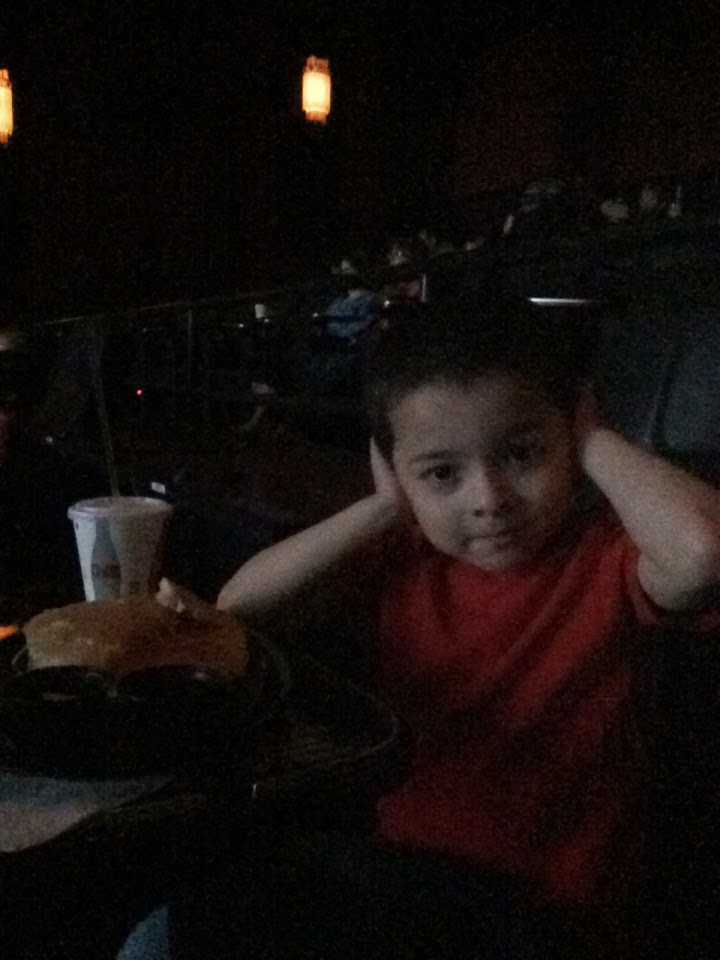 When we got home, Brian and I sat and played Legos in the "Brian-Gavin" room while Hope played happily in Gavin's bed!  I zipped her in with some toys and she was thrilled.  Then Brian wanted me to read his book, "I Love You, Stinky Face!" to her.  The safe bed would come in handy later in the day as we worked on a secret project for Hope.  (You'll see!  All will be revealed tomorrow...) 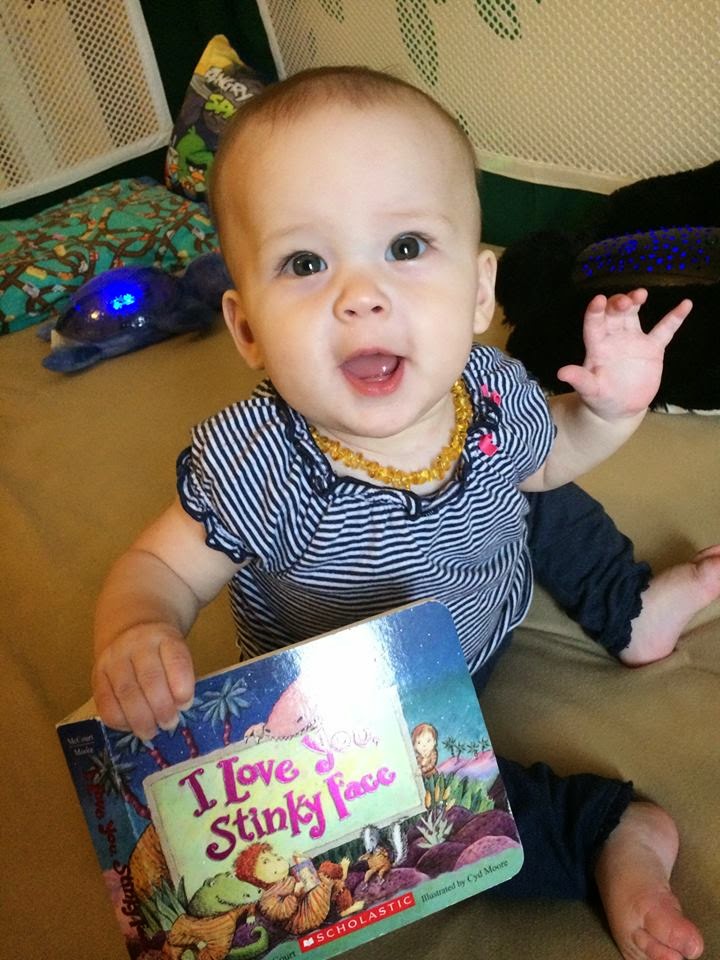 Tuesday redeemed Monday.  I was even early for Brian's swim class!  This week the instructor lifts him up in the air and drops him into the water.  He has to get his way to the top... turn himself around... and float on his back.  I'm hoping to capture a video of him during class so I never forget this, but so far the lighting has been too dark. The first time he went under it felt like a year until he came back up - and then, through the glass, I could see him struggling and could tell he was yelling out.  The instructor was right there next to him - but they really are hard core and try not to intervene unless they absolutely have to.  Eventually Brian did get himself turned around and on his back.  And then the next time he did it - he was a little better.  I thought for sure he was going to come out of the pool upset with himself for struggling - and saying he didn't like what happened.

He came out of the pool confident.  "Did you see me, Mom?  Wasn't I awesome?" 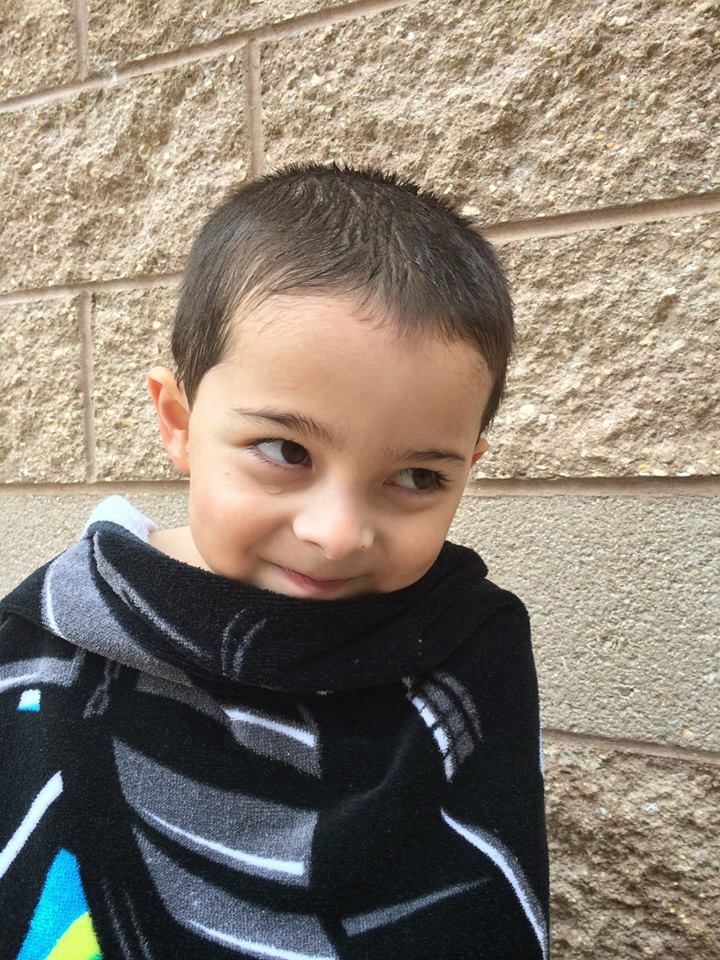 Hey!  I joined Instagram!  Well, technically, I "re-joined" Instagram.  Yesterday I went to sign up - only to realize I already had.  A long time ago.  Whoopsie!  I even chose a name:  Kategavinsmom

My niece convinced me to do Instagram...so I went here to sign up only to realize I've had a profile here for some time and forgot. Story of my life. Since I chose the username "KateGavinsMom" I figured my first Instagram photo should be in honor of him. Also the story of my life. Almost everything I do is in honor of Gavin. 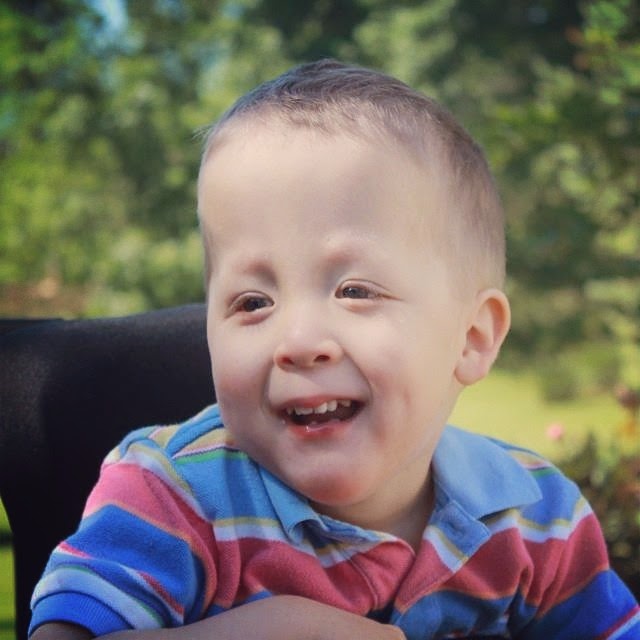 Posted by Kate from Chasing Rainbows at 11:40 PM