You would never know that our little Hopi-doo is sick.  She seems to have caught a cold, which is such a bummer.  But she's been happy and pleasant, regardless, which is another way she is just like her two older brothers.  I don't know what I did to deserve such sweet children - but boy, I sure got lucky. 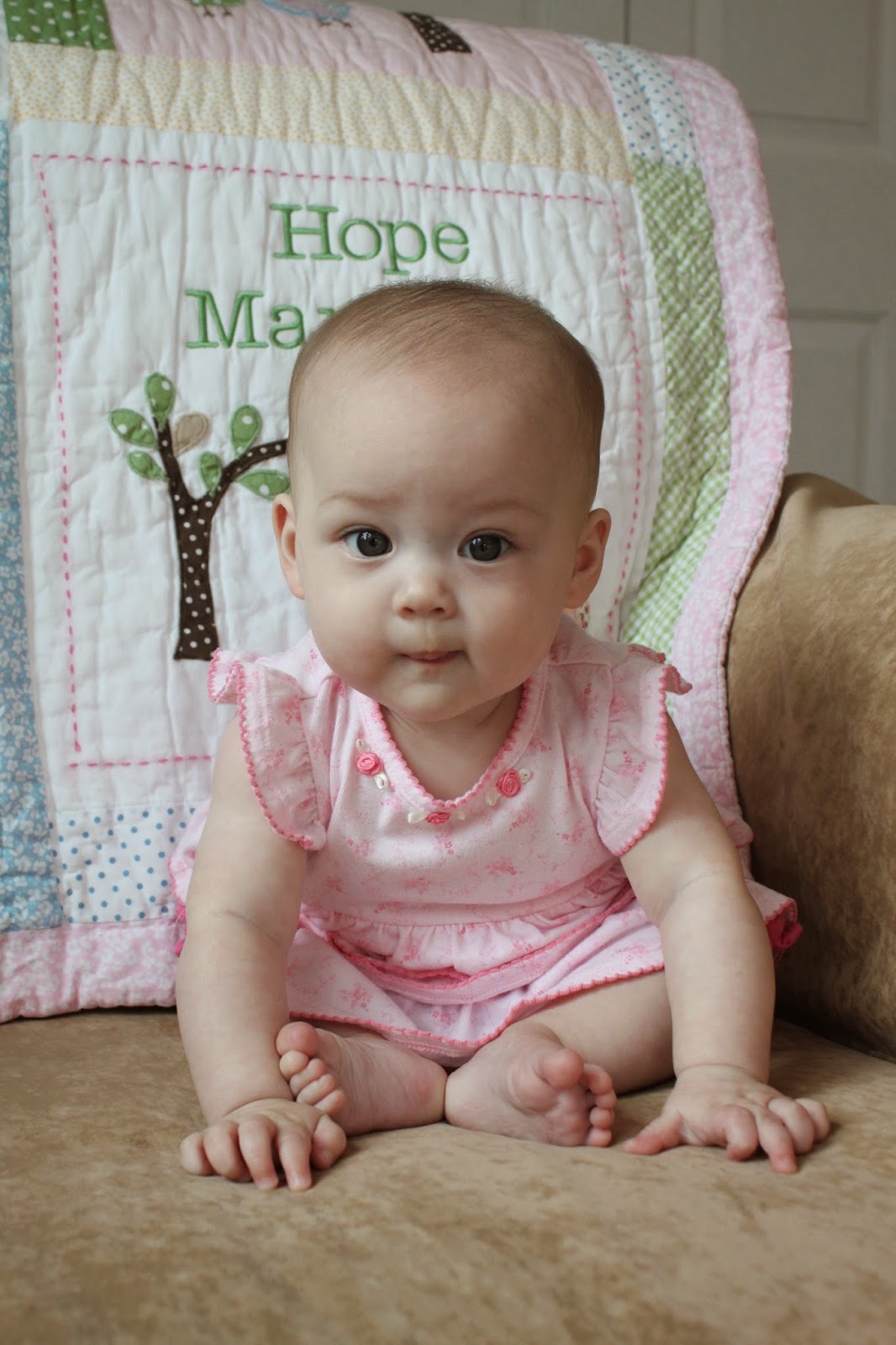 I wasn't sure how this photo shoot would go since she's under the weather... so I asked Brian to help me by entertaining her.  Best idea I've had in a while.  She just adores every single thing Brian does.  If you think she looks happy and adorable in these photos - it's because she's looking at him... 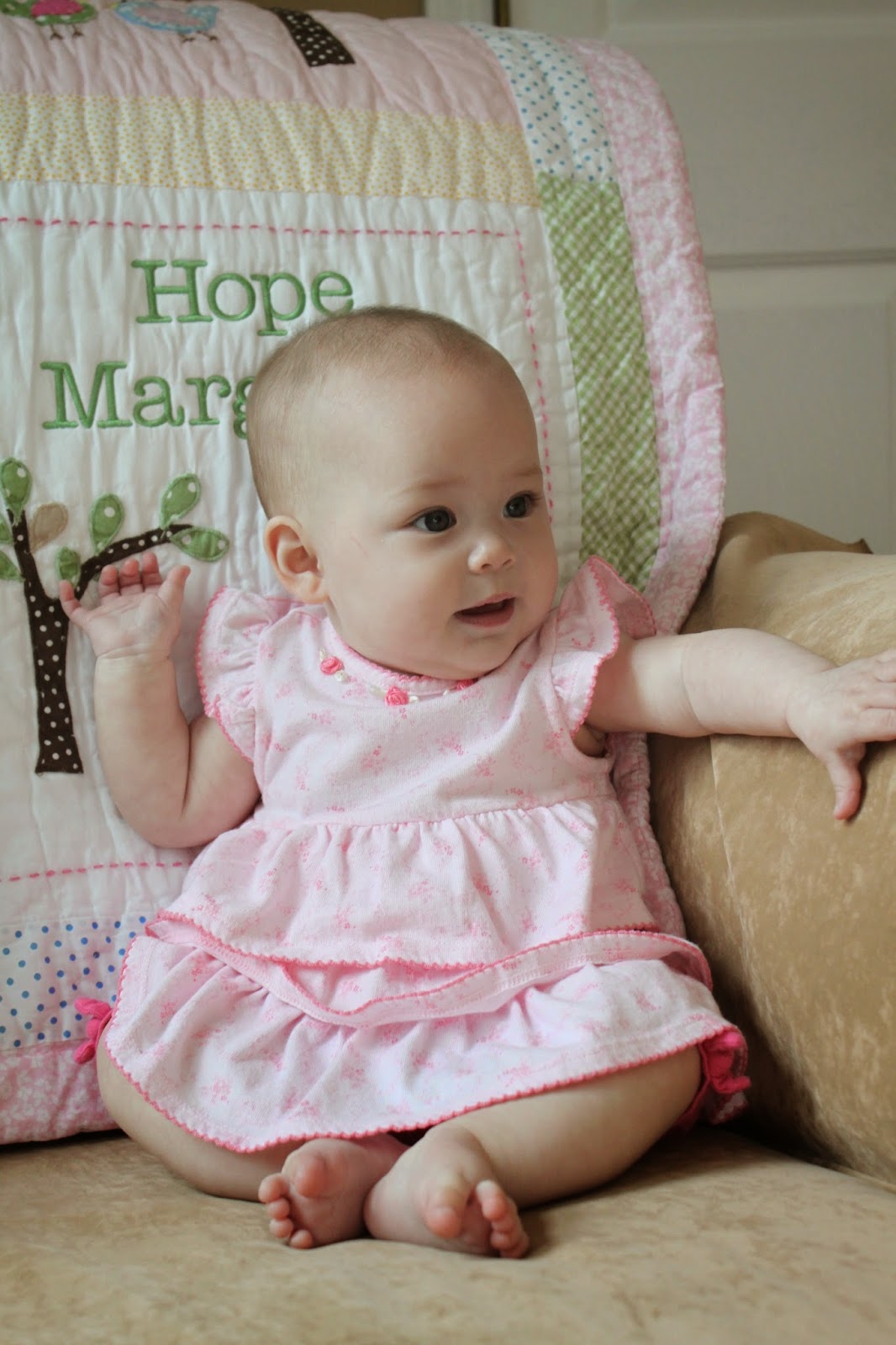 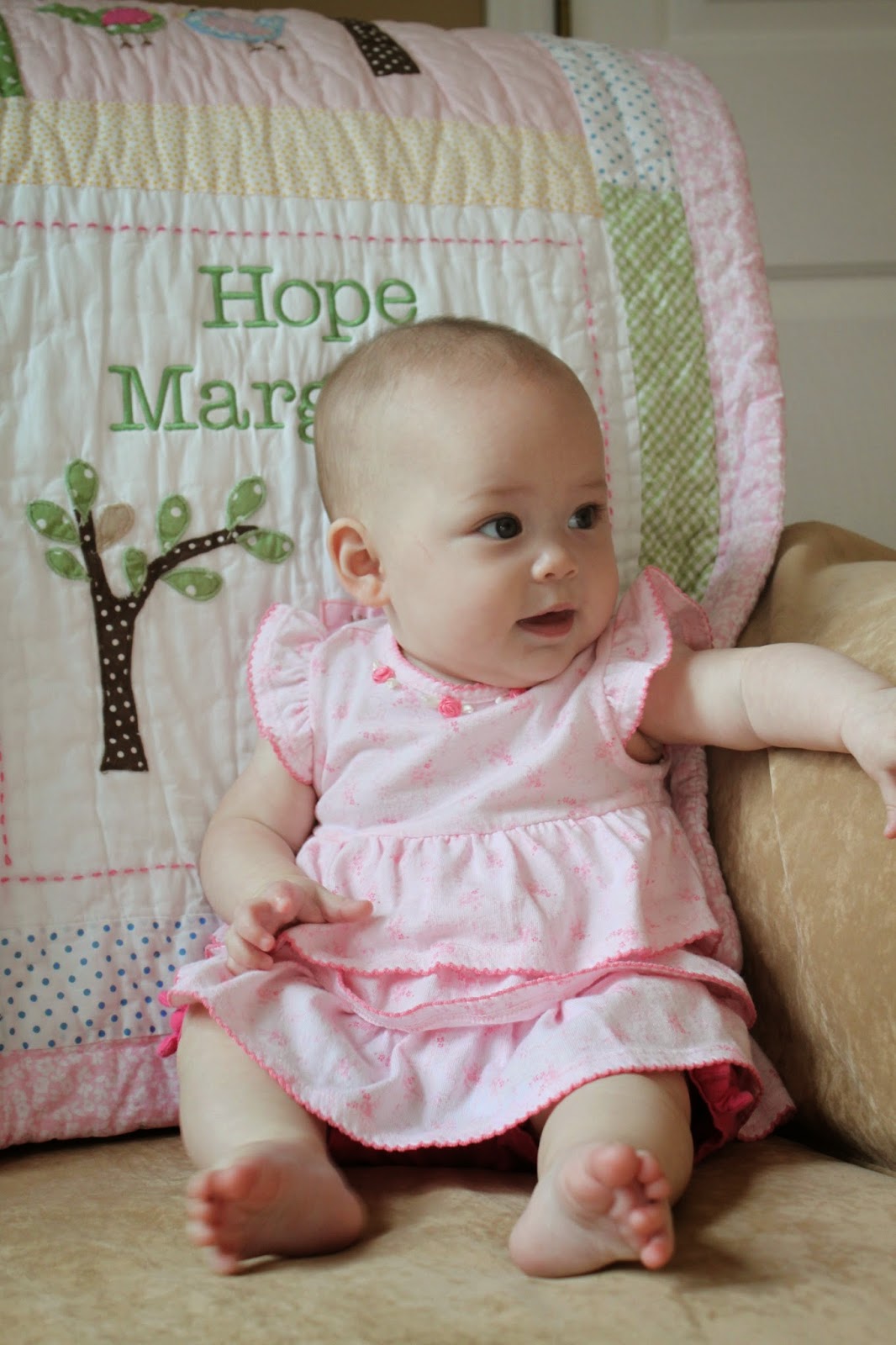 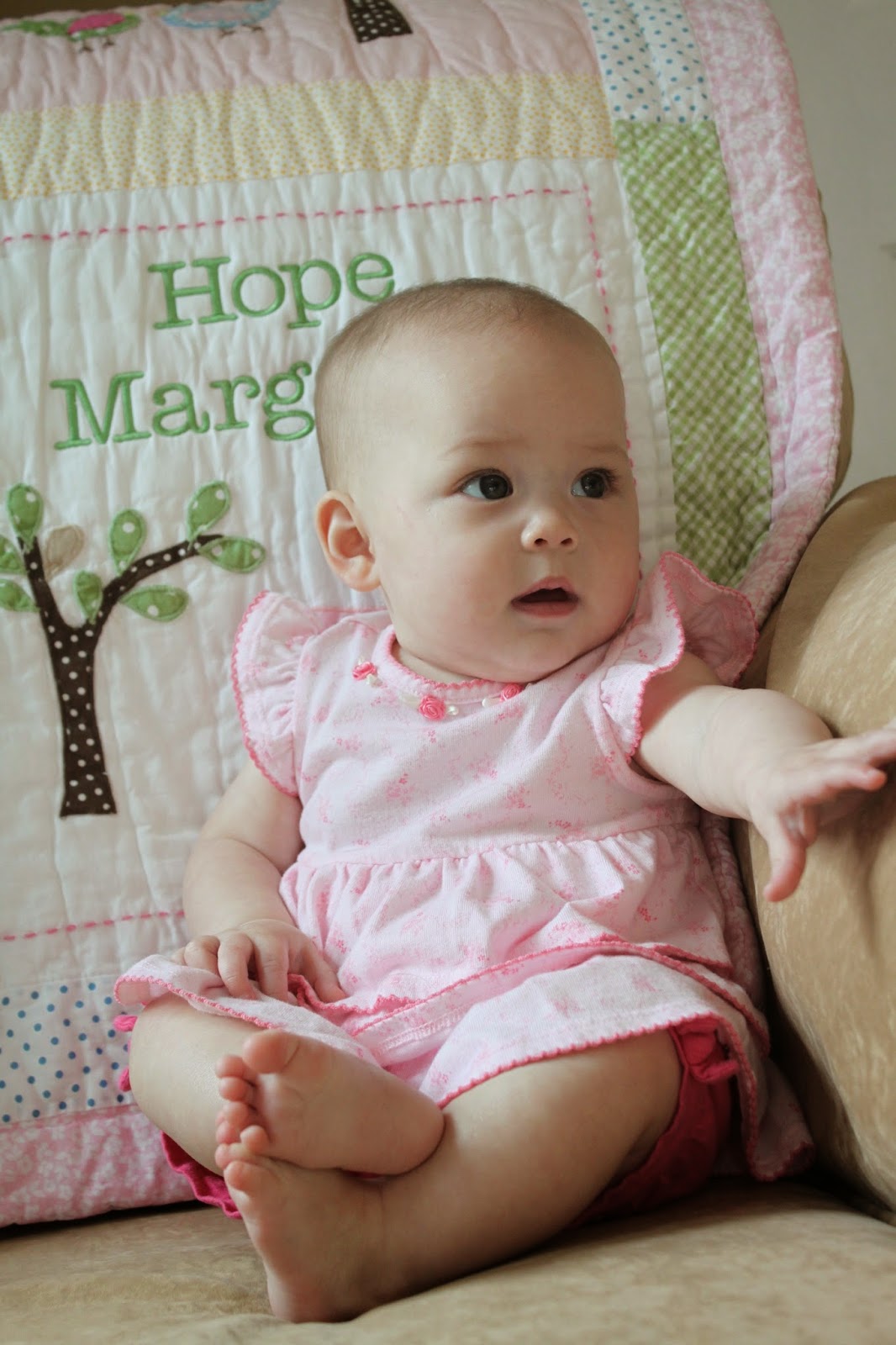 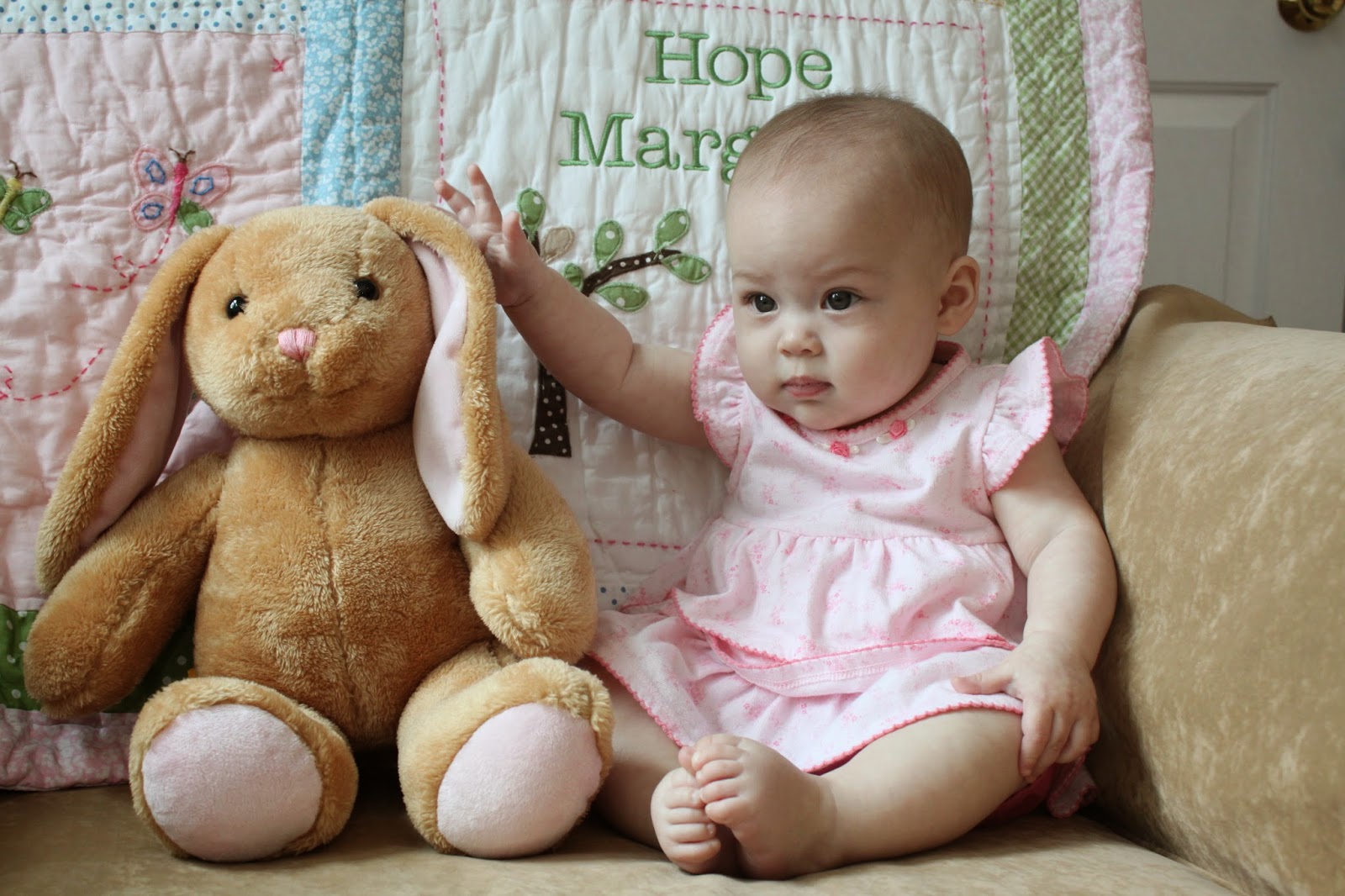 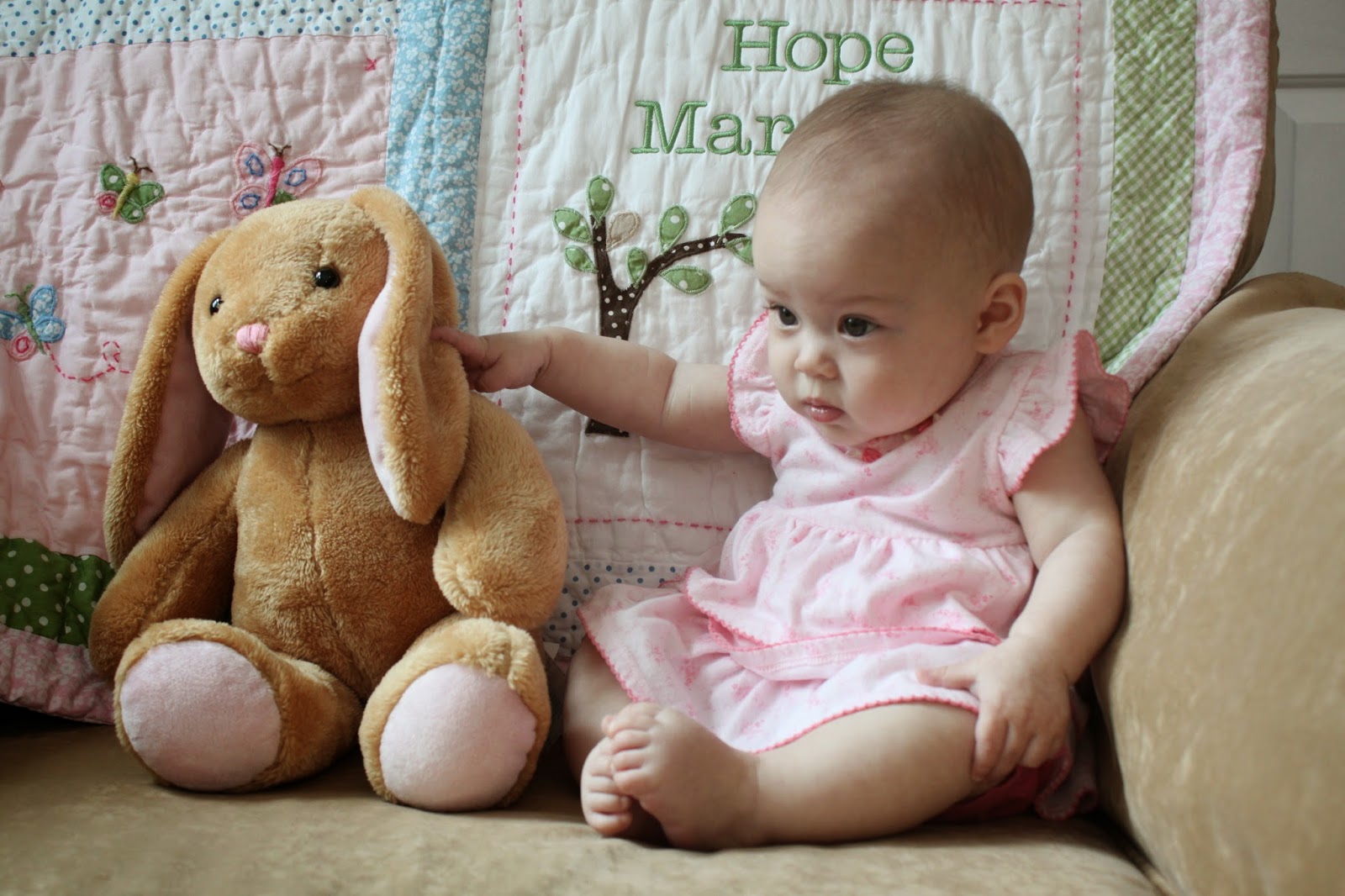 This week was big for Hope!  If you didn't hear, she rolled over!!!  You can see the proof in this video...

She's also laughing a lot more... her voice is changing as she makes new sounds (and is quite pleased with herself when she does!)... and she's starting to nap during the day.  Like real naps, not cat naps or car naps.  Speaking of which, remember how I would write about Hope screaming in the car ALL. THE. TIME???  That's no longer the case.  She loves the car and if she's not asleep, she's happy to look out the window or look for her brother in the seat beside her. 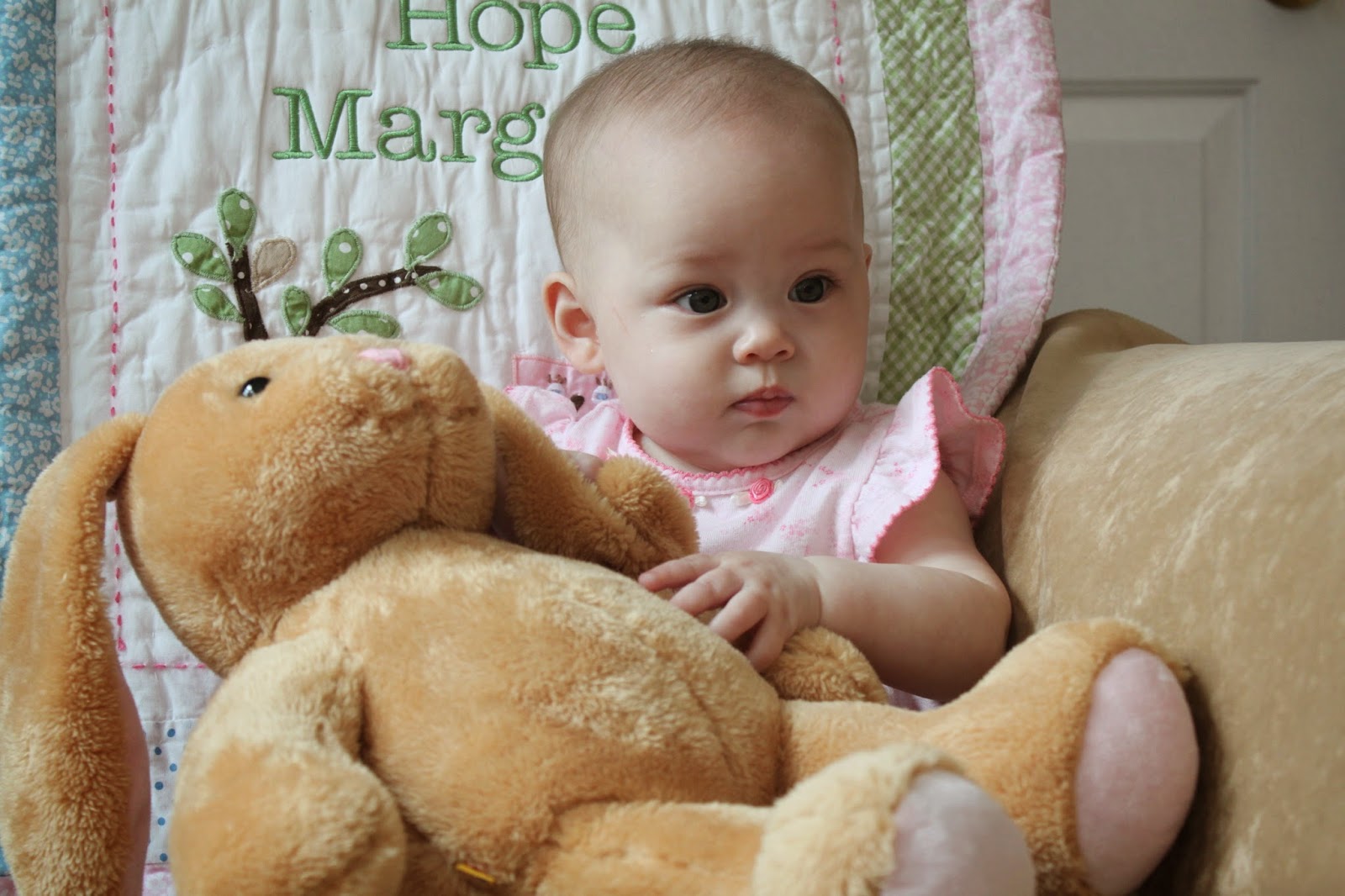 Hope seems to have a similar personality to Gavin so far.  She's very mellow and a quiet observer of everything around her. 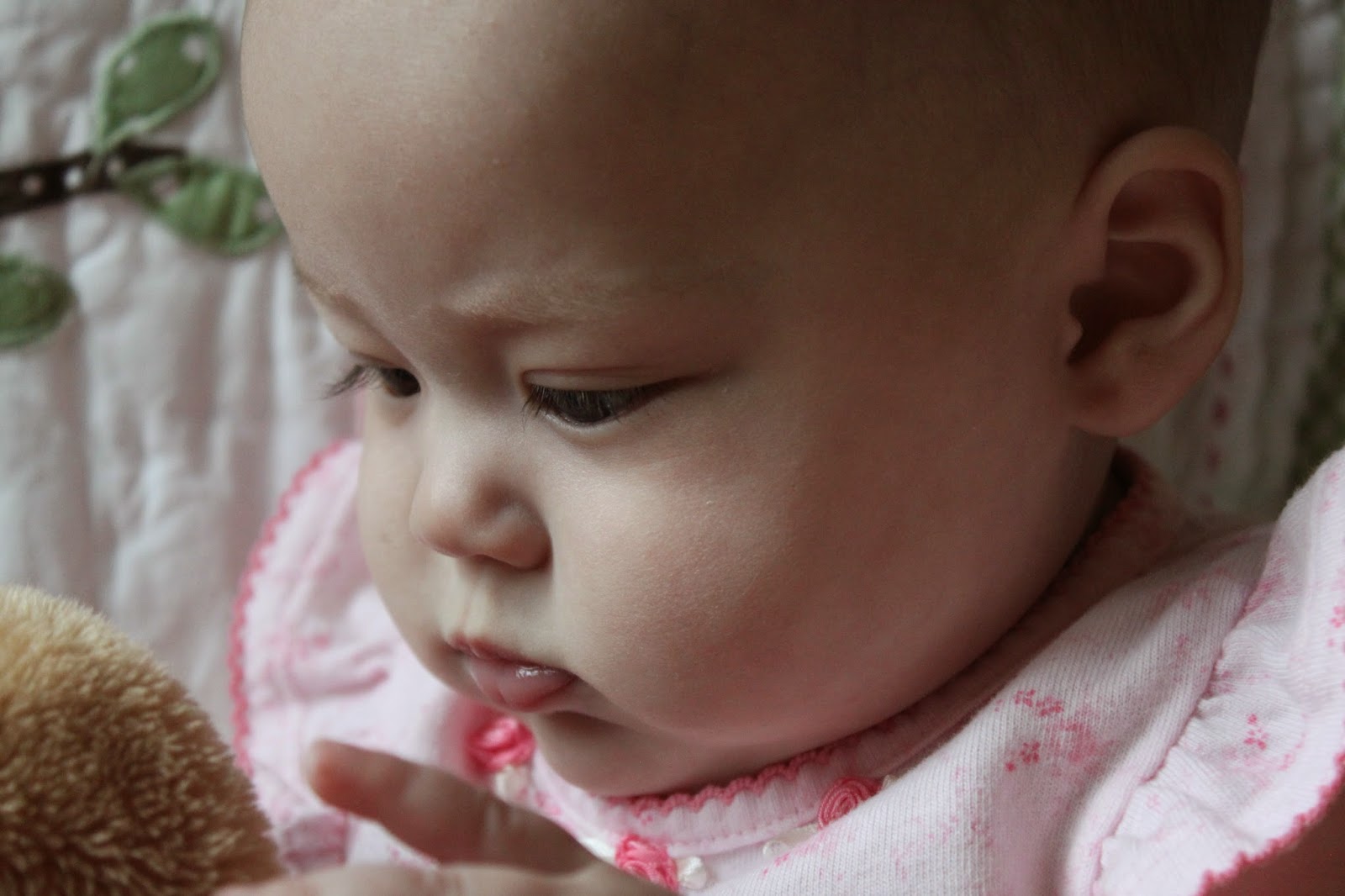 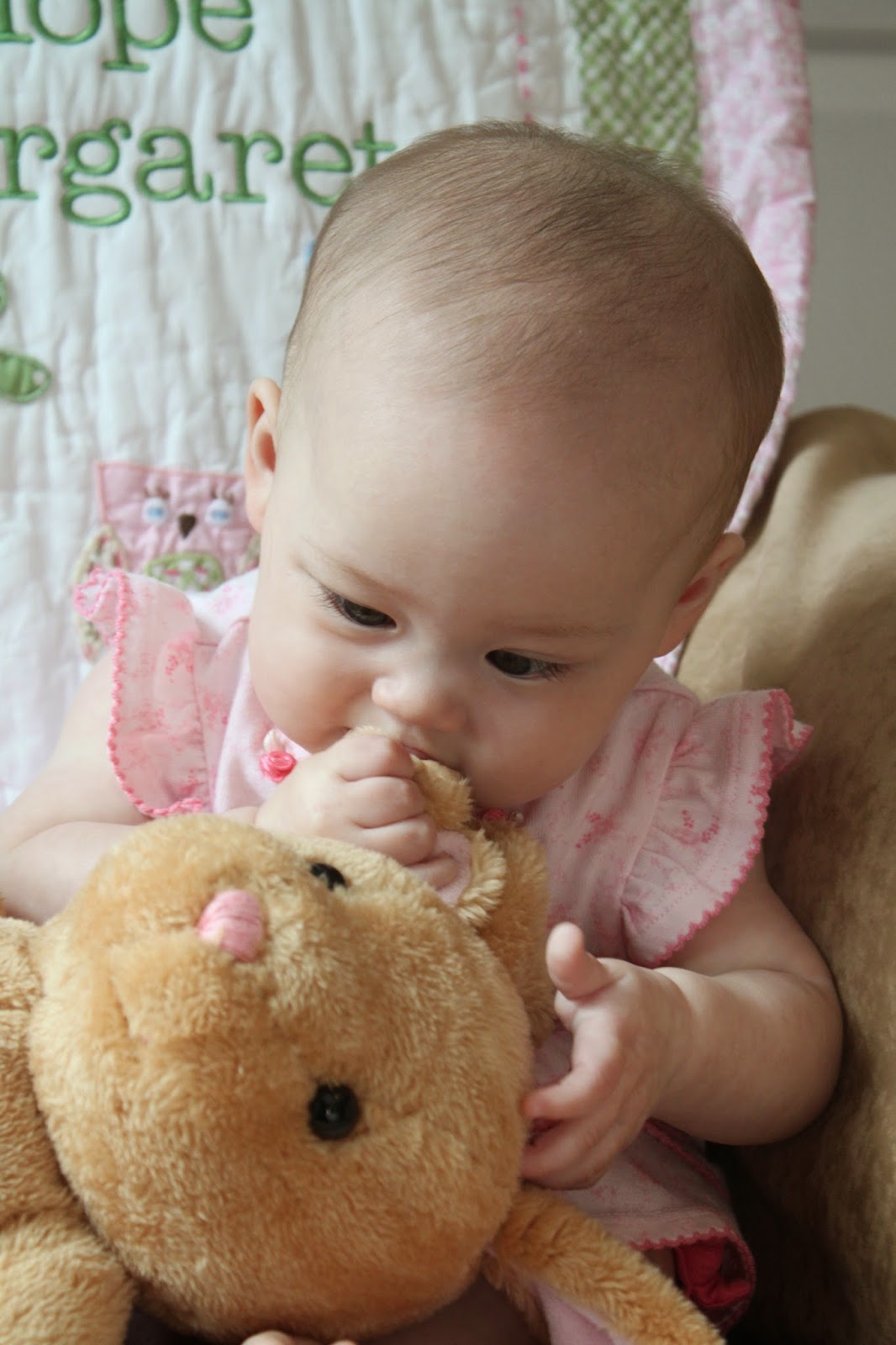 She also loves music!  I have been playing Gavin's favorite CDs for her during the day and it's nice to hear his favorite songs again.  Brian sings to her a lot - and it's usually one of Gavin's favorites that he picks.  I often hear him telling her "that's a Gavin song, Hope." 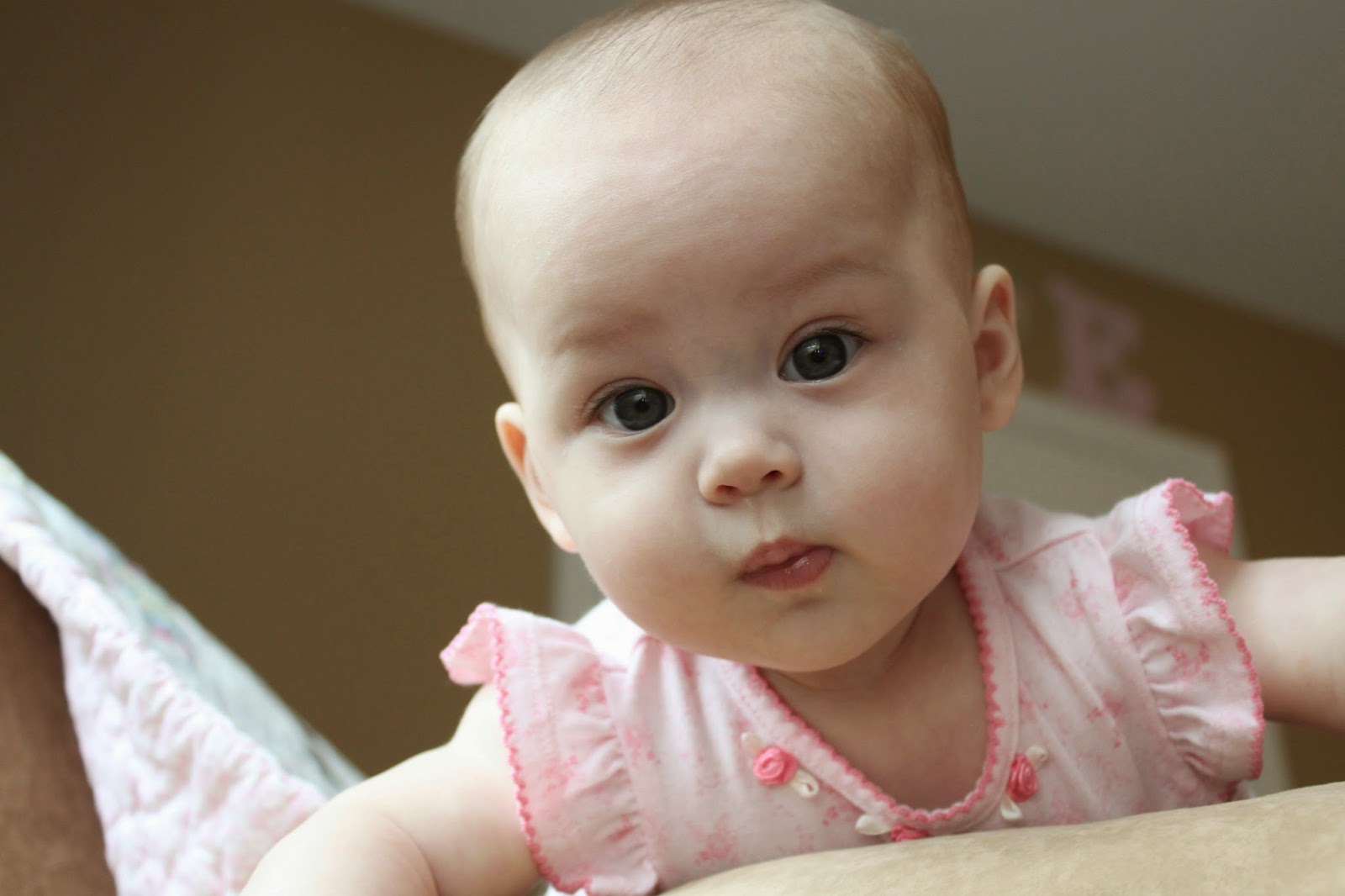 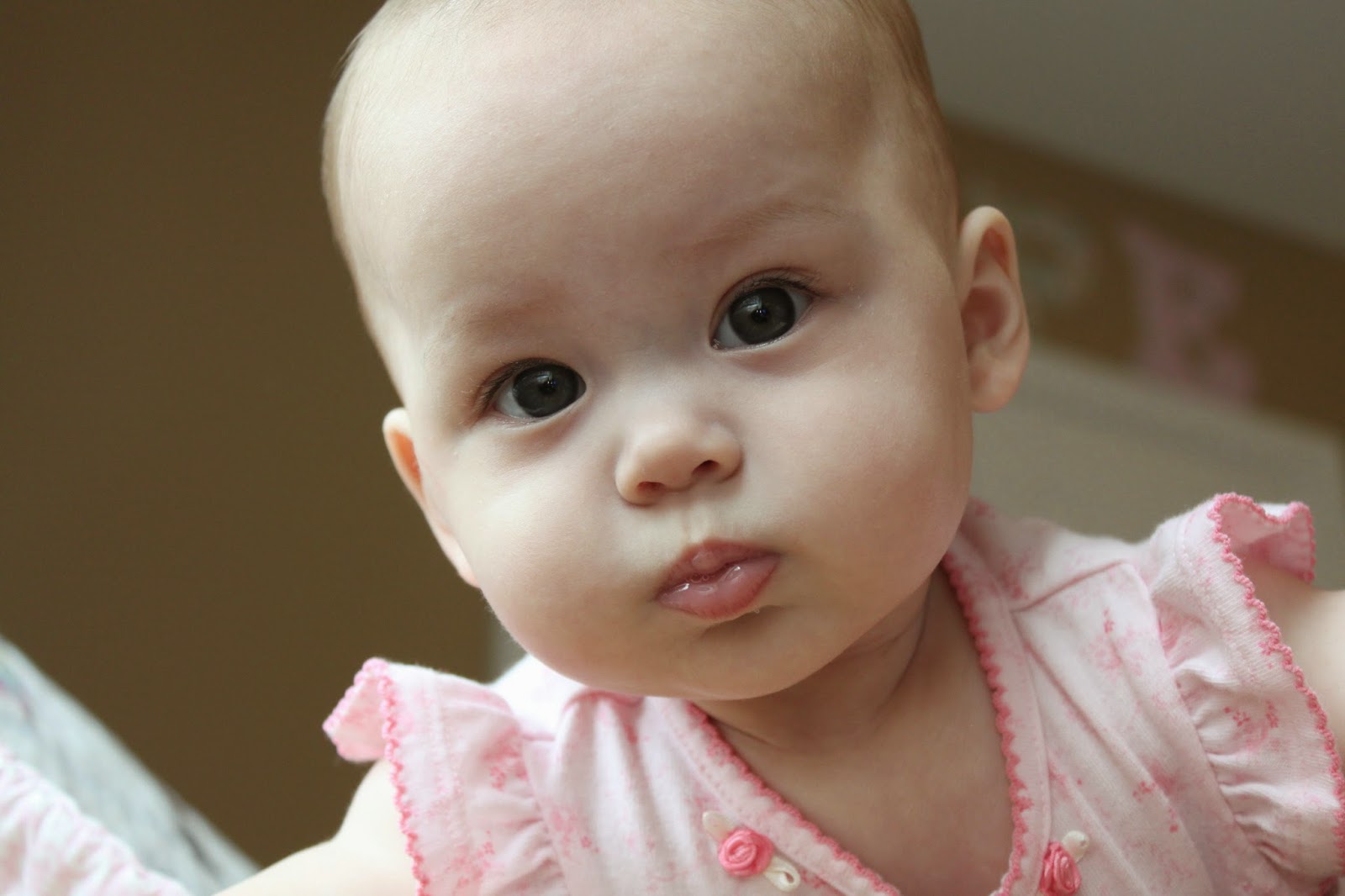 She really is the sweetest, easiest baby. 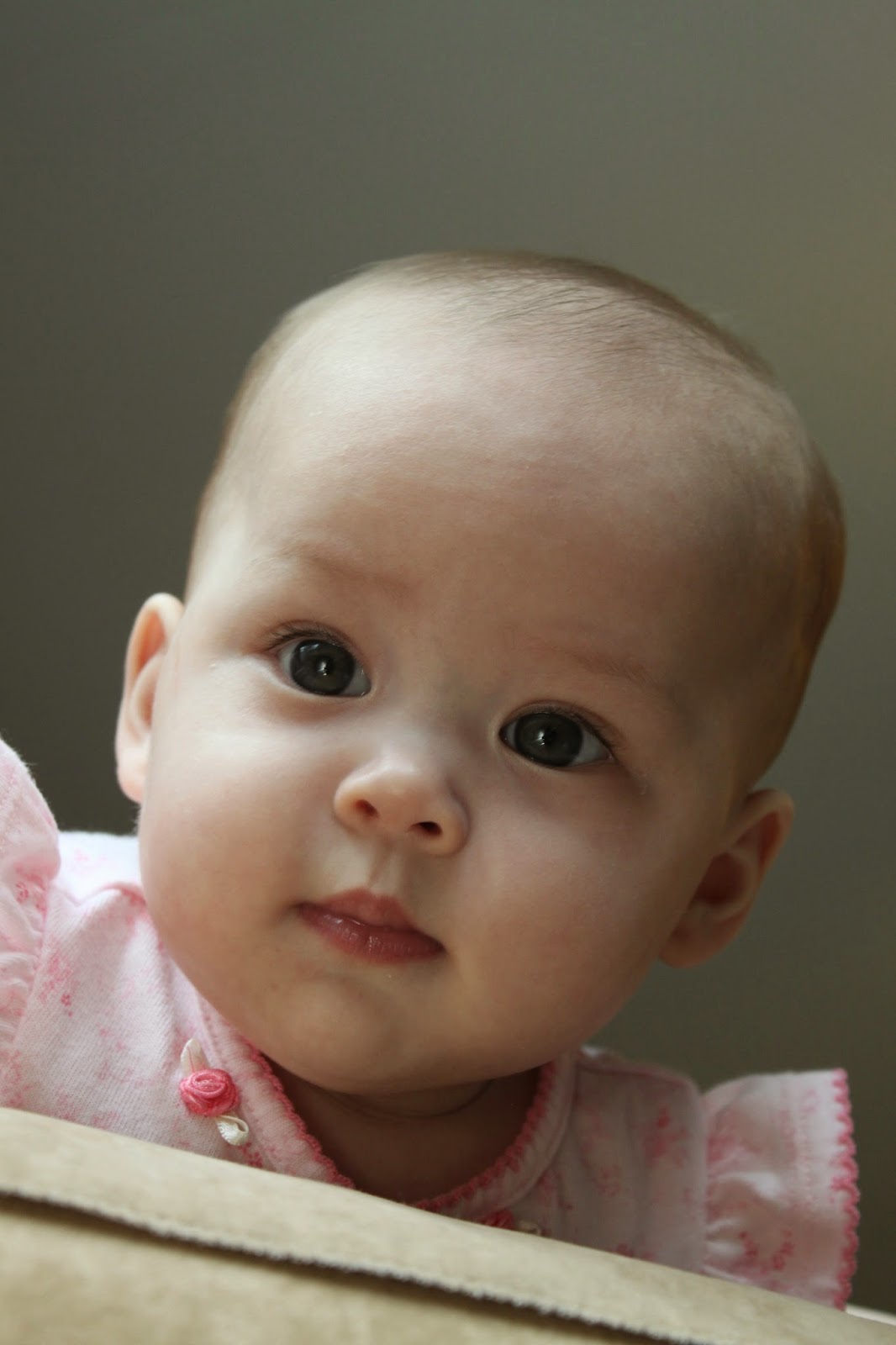 She's a great sleeper, too!  She goes down when Brian does - around 7pm - and is up once in the early morning (5 or 6am) to nurse and goes back to sleep until 8am or so.  Not bad!  Although secretly I don't mind waking up and sitting with her in the moonlight, as you know. 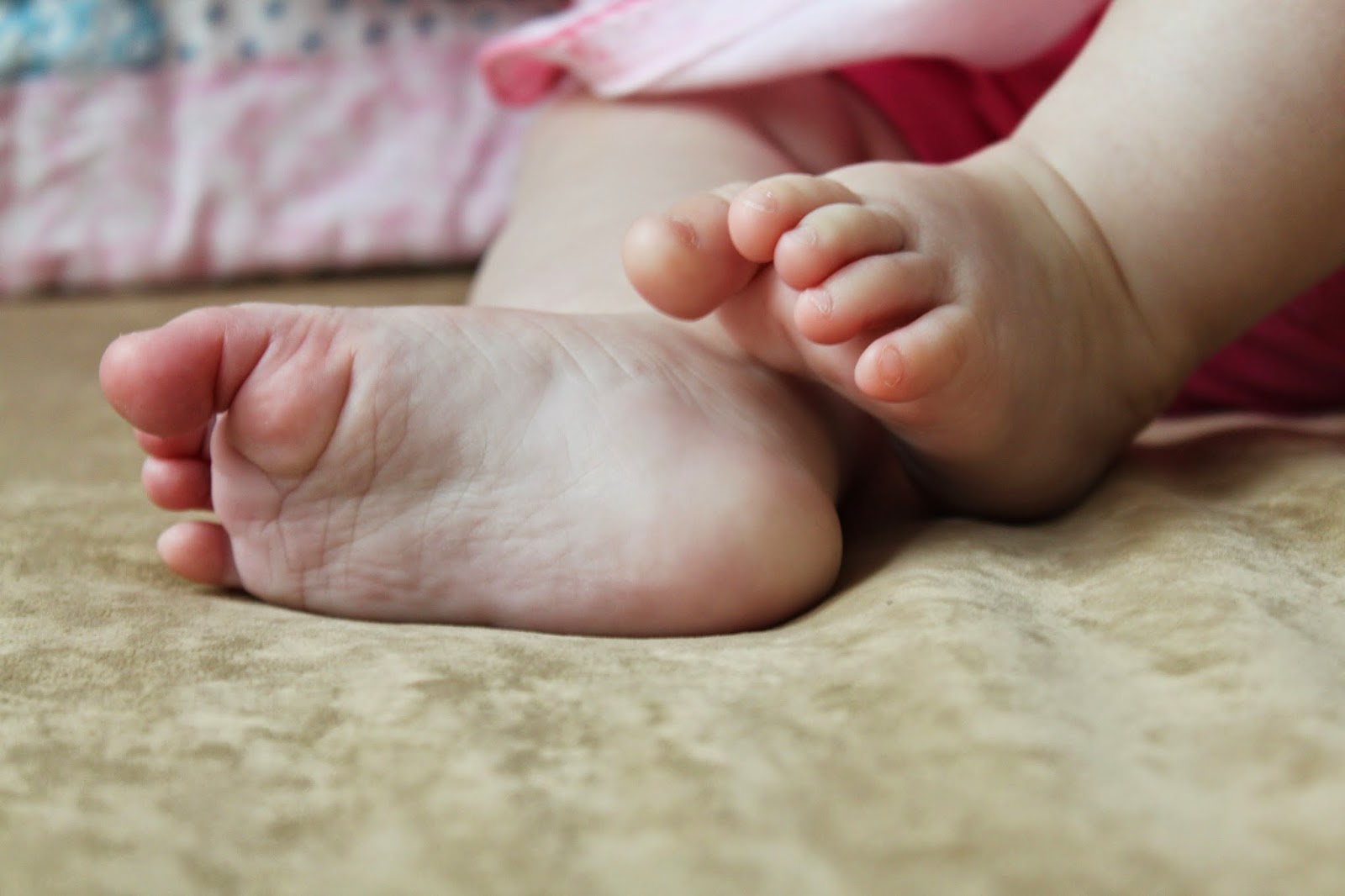 My Mom and my sisters often say they think Hope favors me.  Not all the time - she waffles back and forth with looking really Chinese... to not.  I pulled out this picture of me when I was three months old, though, and I have to say - I think they may be right! 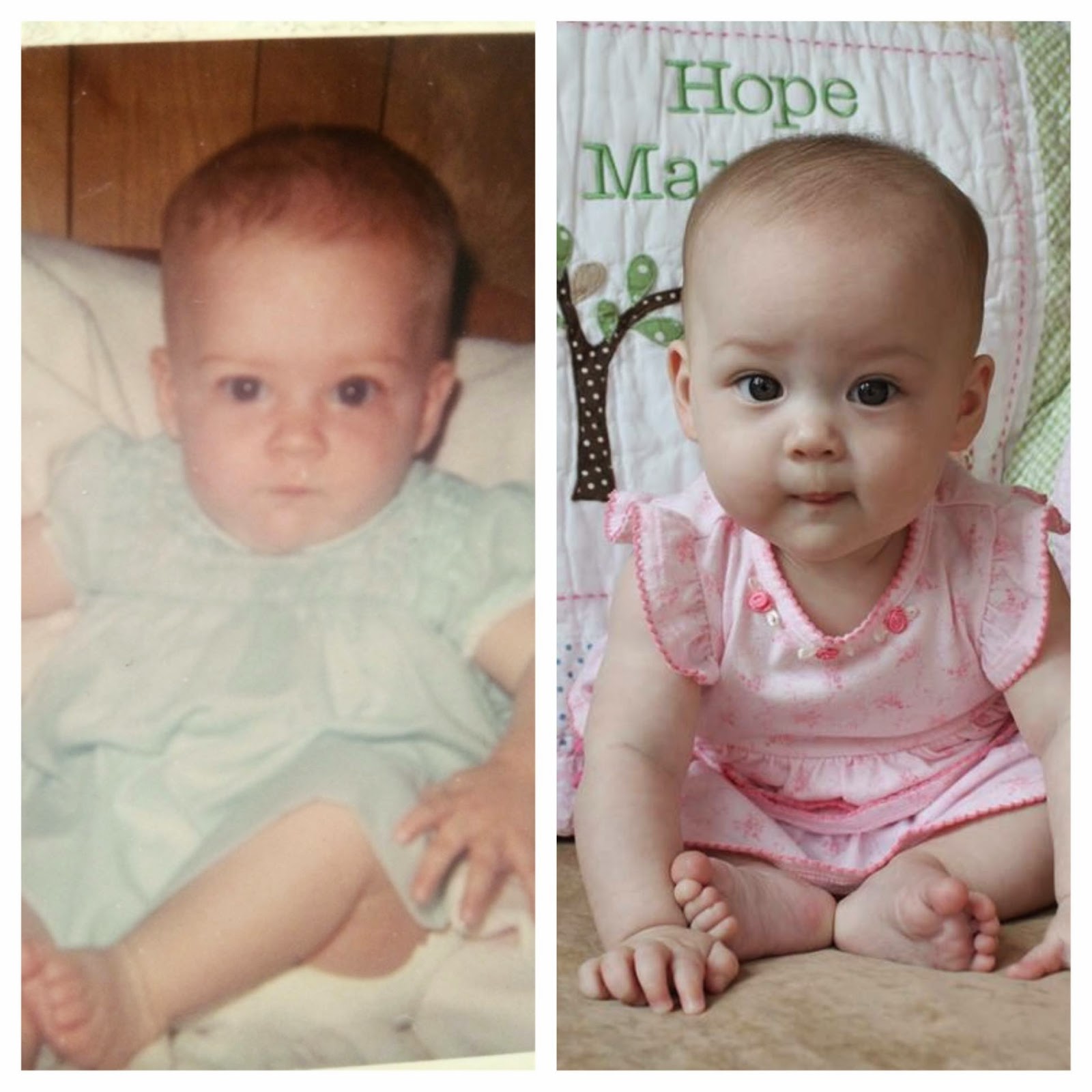 Posted by Kate from Chasing Rainbows at 9:02 PM