The Day My World Unravelled... 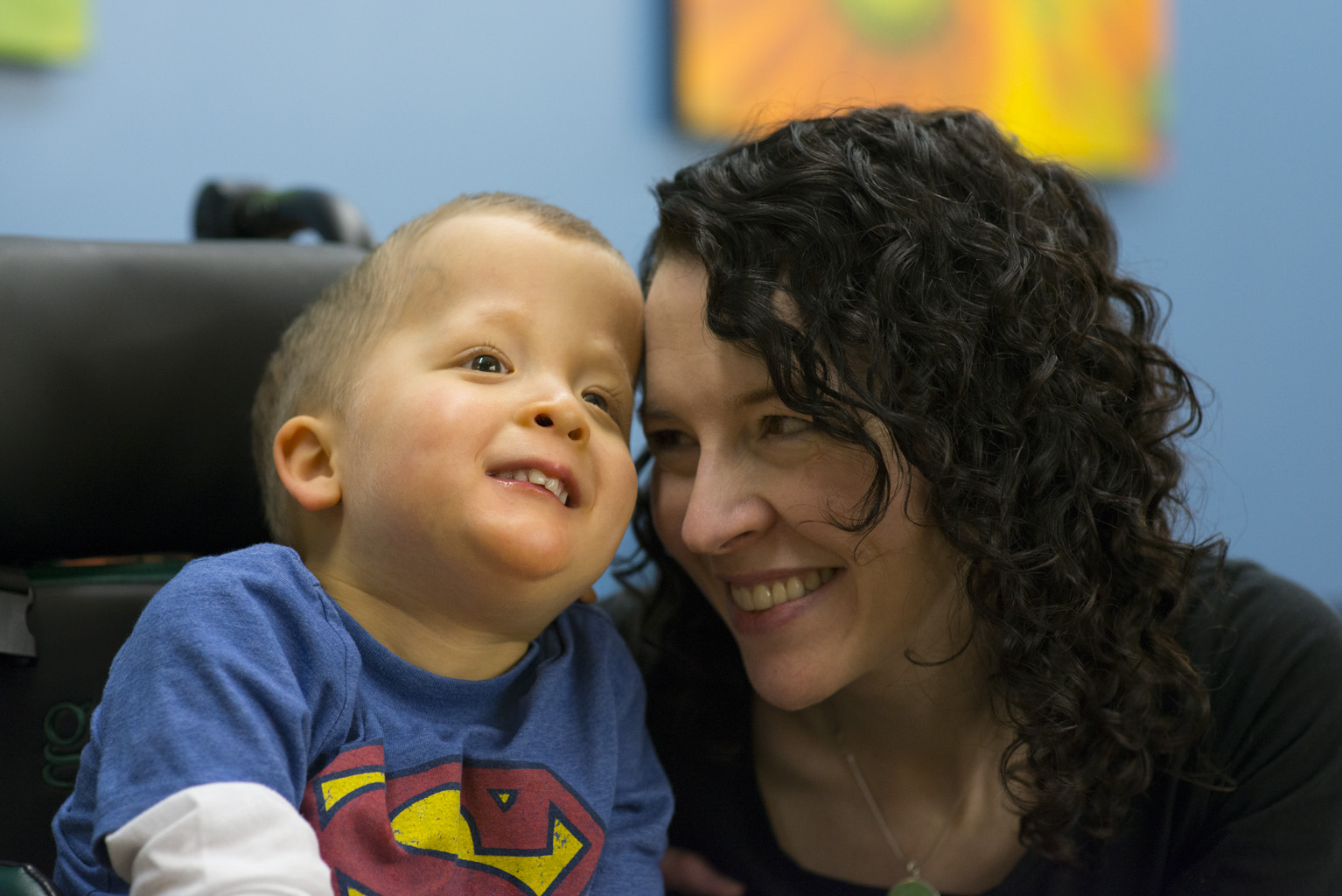 As I stood in the corner of the room in that emergency room - I was in shock.  And disbelief.  Watching people work on your son - attempting to breathe life into his tiny body - is not something anyone should ever see.  But I never thought he would die.  As I stood in the corner watching what looked like a movie - a bad one - I thought, "Well, this is Gavin.  Every so often we have a huge, giant scare.  Every once in a while he scares us and teeters on the edge.  But he's Gavin.  He always... always... always comes through just fine."

He left on the helicopter and I prayed that the next time I saw him he would be alive.  Just alive.

We met again and he was, indeed, alive.  Only to die two - or was it three? - more times.  Right in front of us.  Once again, we watched in helpless horror until they brought him back again. That night, I held out hope.  Gavin and I had been through so many traumatic moments together before this.  I felt like this would be another one of those moments.

Gavin was going to die.  And there was not a damn thing I could do.

Here we are, one year to the day.  And where did I decide to go?  Right back to the very hospital that loved him right to his death.

I wanted to make an eye appointment for Brian who has been excessively blinking lately.  I could have called a local eye doctor - but we have such a long relationship with Gavin's eye doctor at duPont, Dr. Lehman.  When I called on Tuesday to make the appointment, I got lucky when I was told she had an opening on Thursday!  I said "OH!" followed quickly by... "oh."  It would put us at the hospital on this anniversary.  It took me about three seconds in silence before I decided - yes.  This was just where I wanted to be on this day.

Brian, Hope and I made a day out of it.  We met with Joy from the fund development office (she was at the fundraiser with some other hospital folks last Saturday!) to talk about the money raised and to dish about the event.  We met in the cafeteria and had snacks, much to Brian's delight.  We stopped in the gift shop - a tradition - and Brian picked out a green light up spaceship and a doll for his sister.  We greeted familiar faces in the hallways, including one of the beloved doctors that cared for Gavin in the ICU last year, Dr. Savage and our good friend, Gavin's geneticist Dr. Gripp.

Brian had a great visit with Dr. Lehman. He followed all of the instructions and had a perfect 20/20 exam. 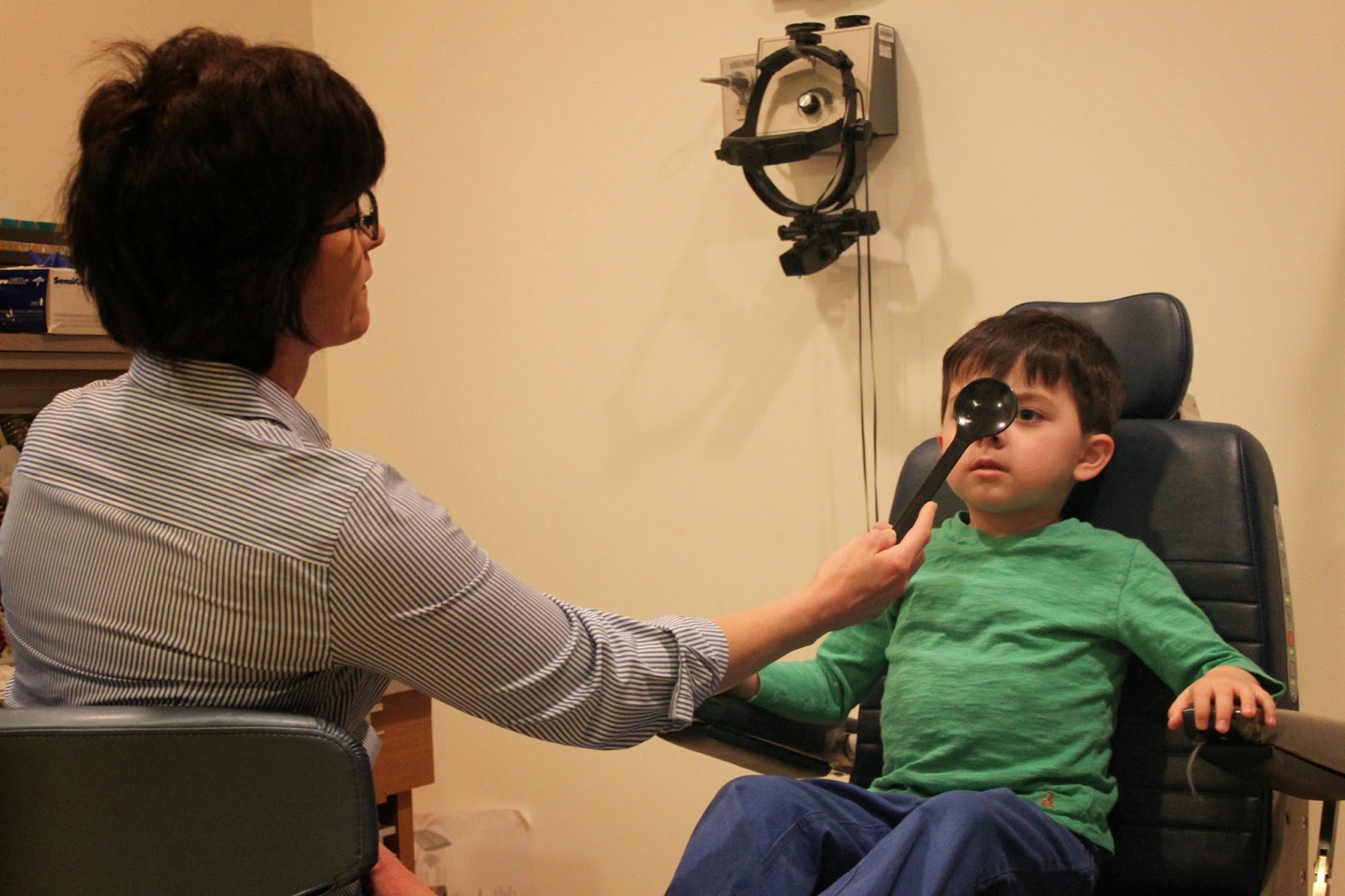 As it turns out, his blinking is due to allergies, most likely.  I couldn't see any evidence of allergies - and he doesn't rub his eyes or complain  - but when Dr. Lehman magnified 16x, she could see the evidence. 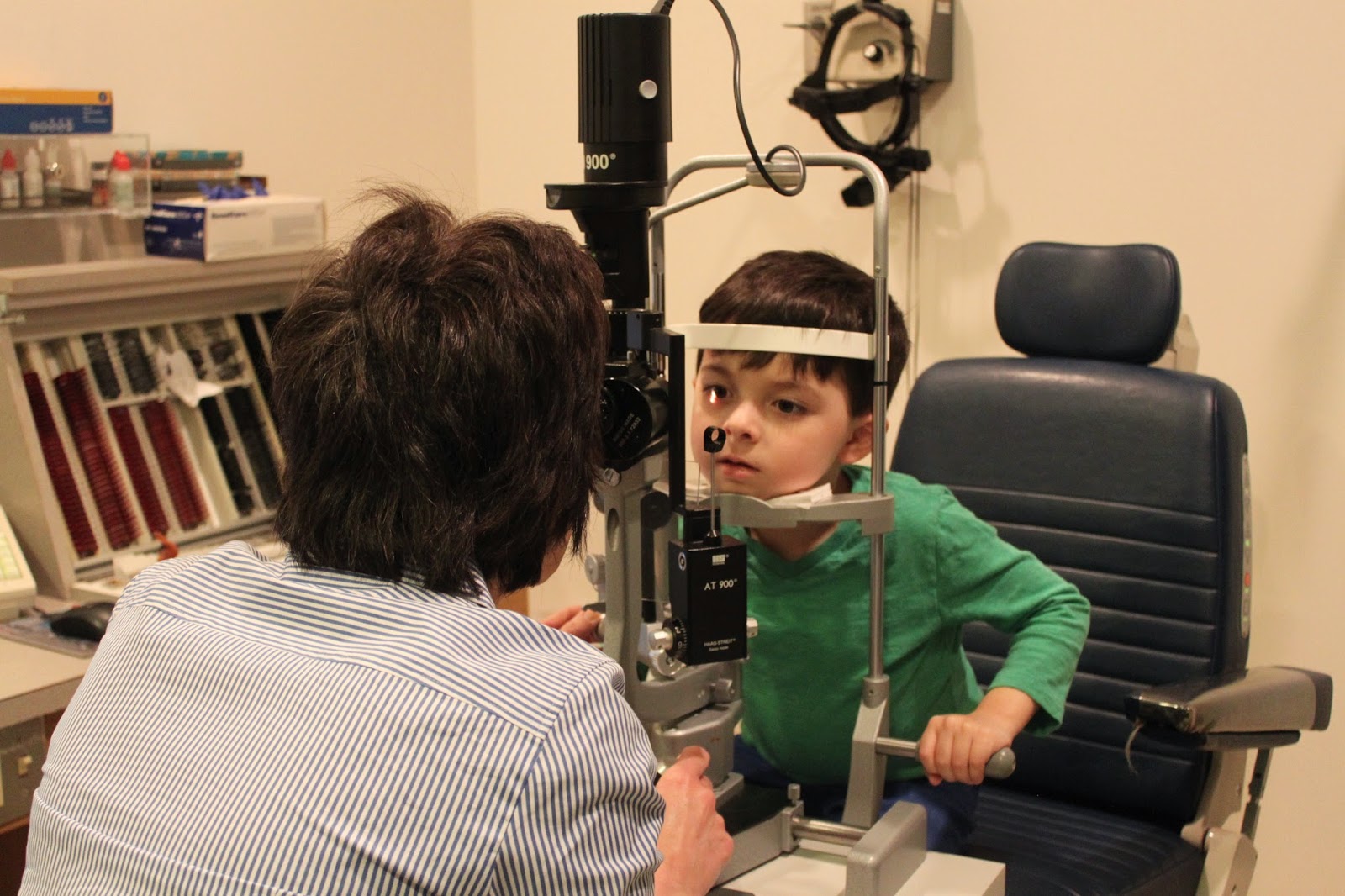 After his visit, we made our way to the chapel - another tradition.

I sat Brian and Hope on the altar for a photo.  As I lifted the camera to my face, I saw Gavin.  Just last year I took this picture of him.  He looked so big and so strong. 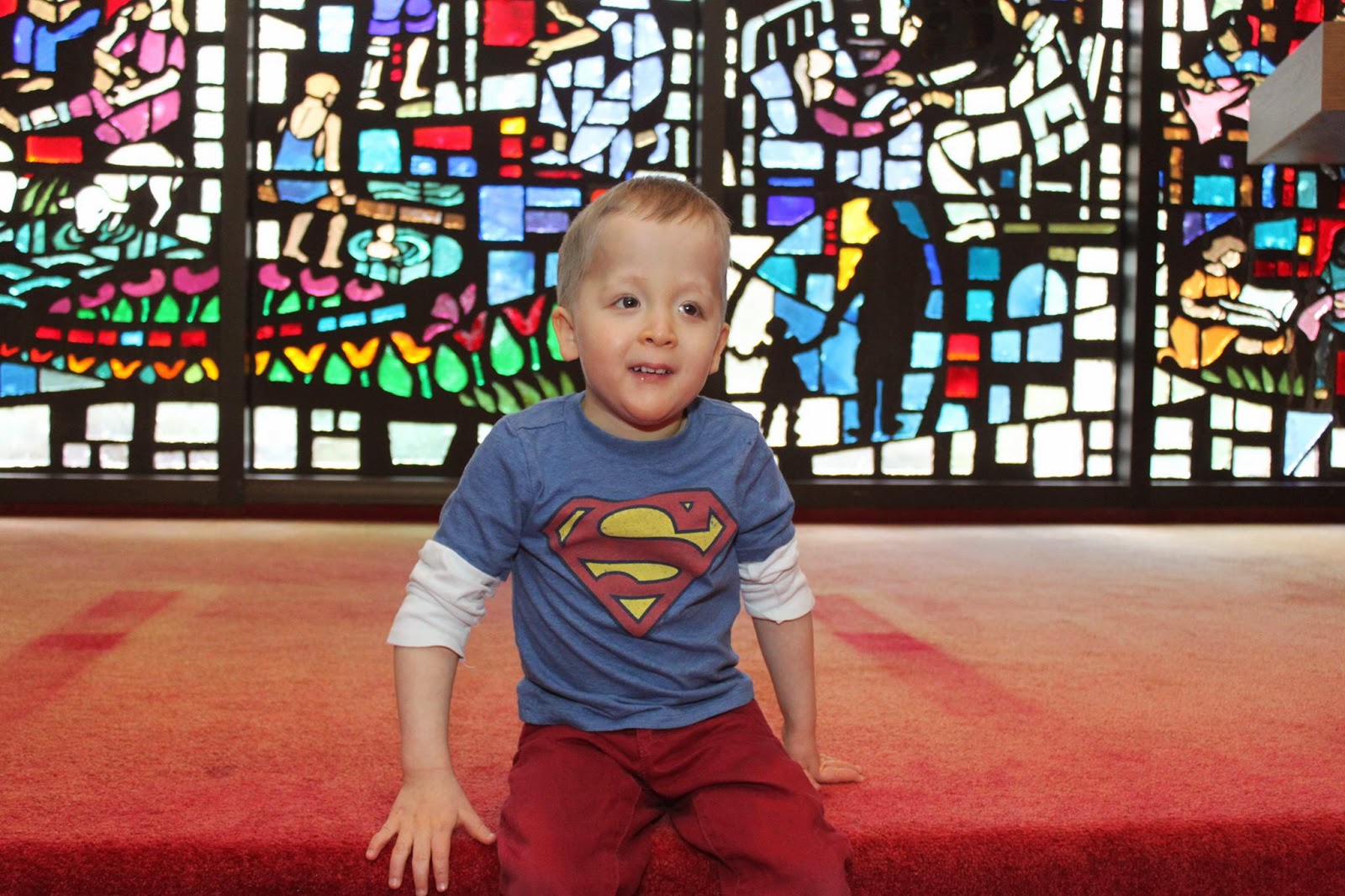 I took a deep breath and snapped picture after picture of Brian and Hope. 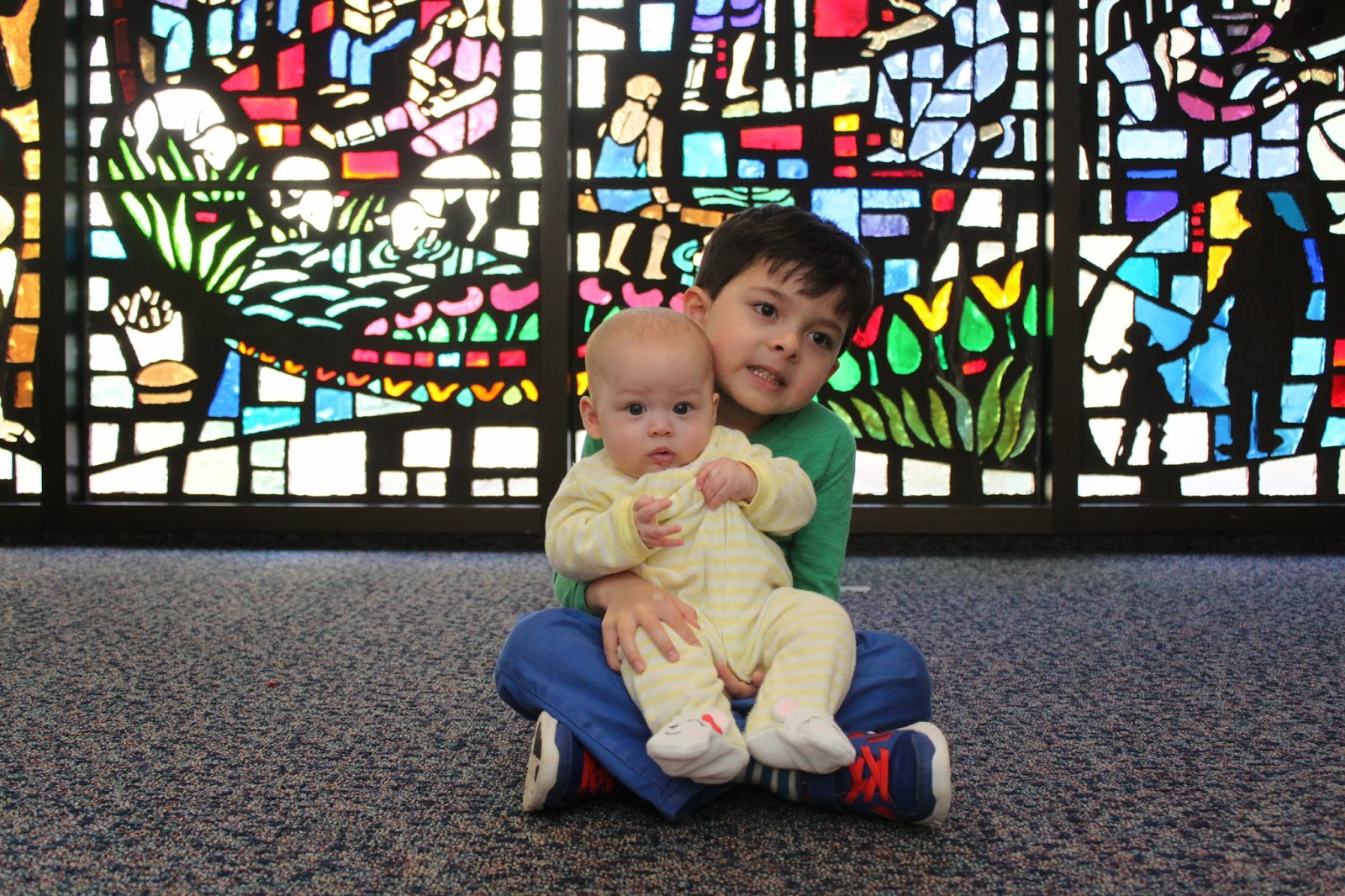 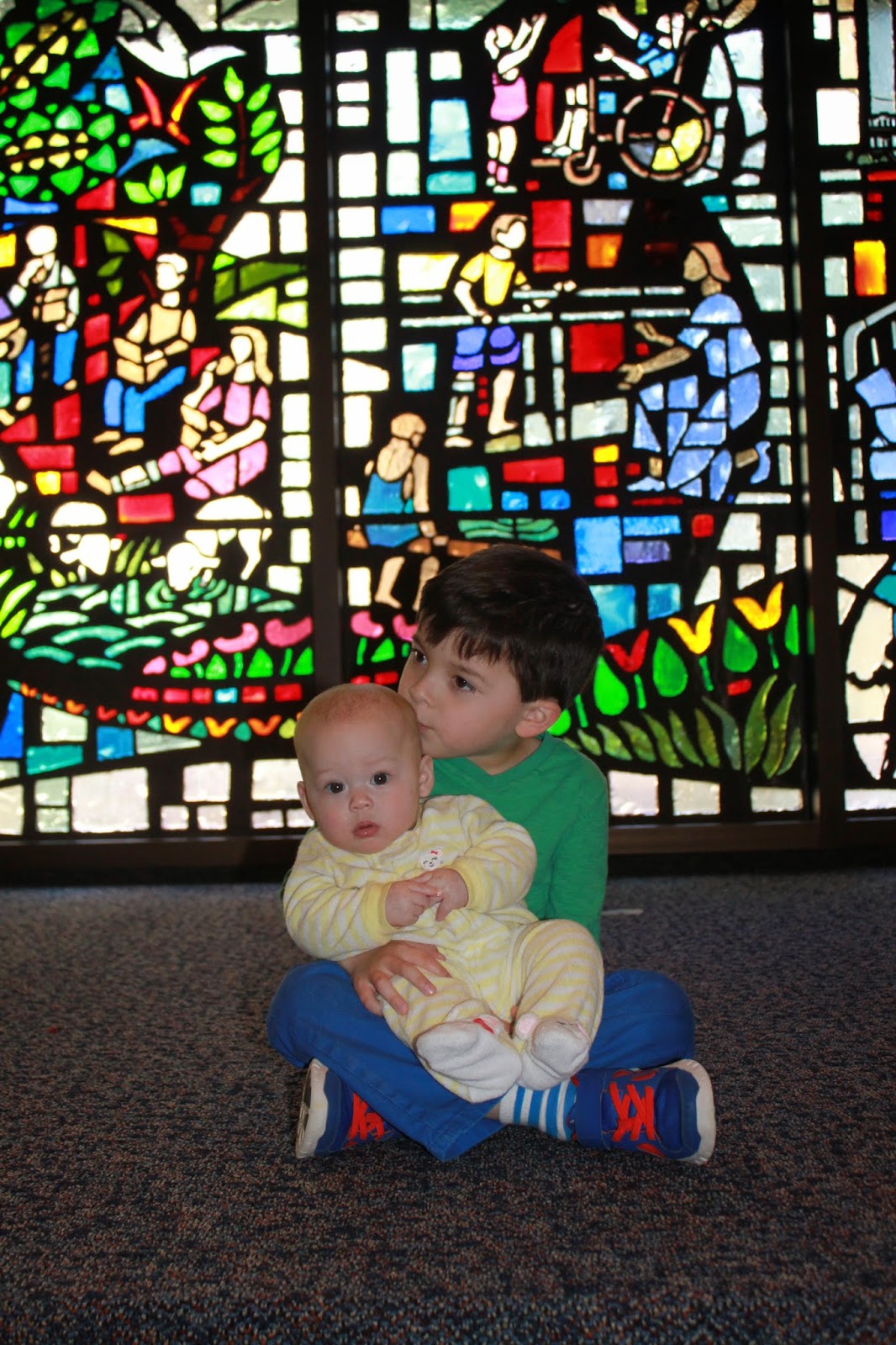 We made our way to the playground and Hope and I watched Brian run and jump and bravely climb. 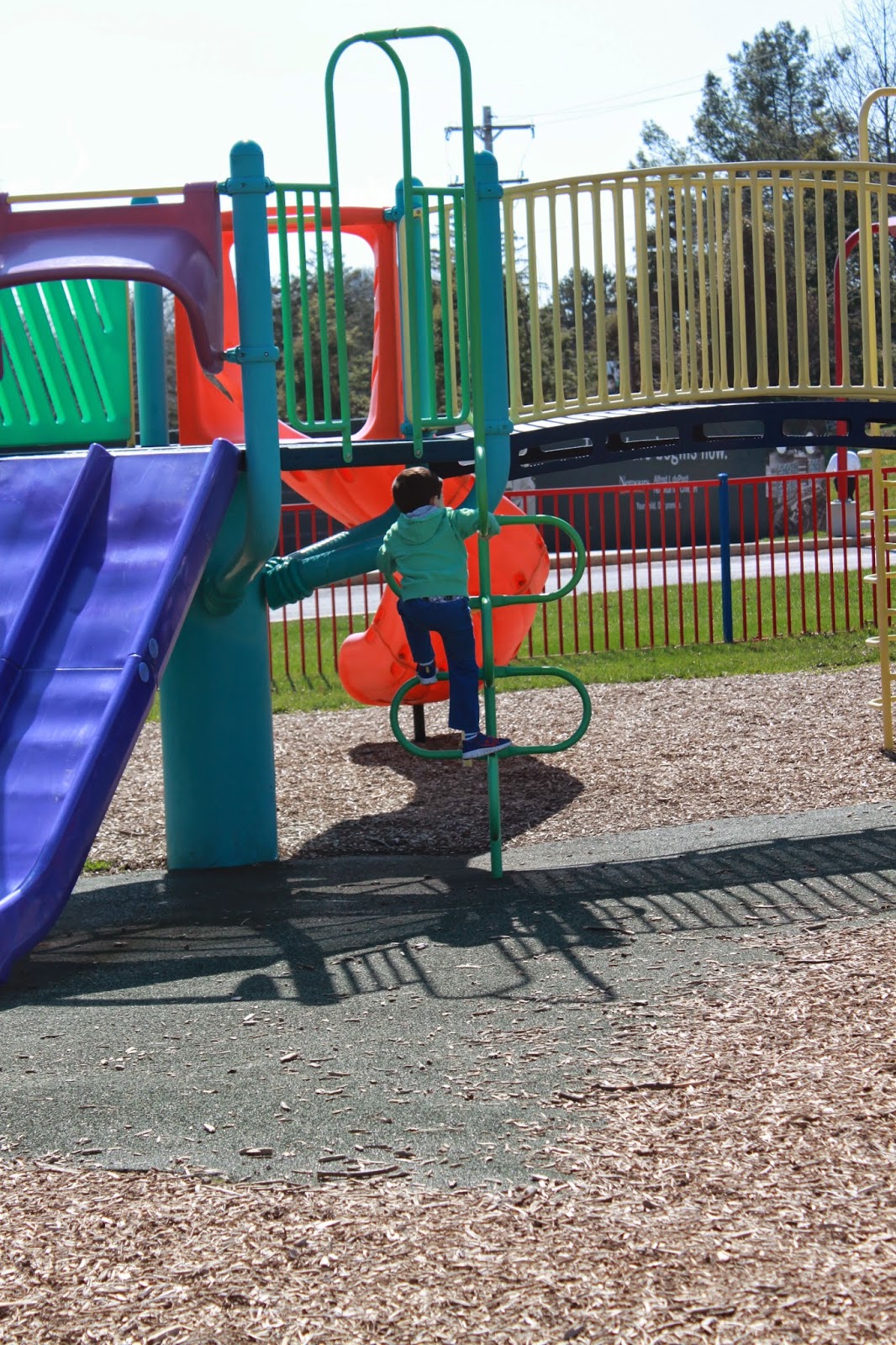 Suddenly I heard a chopper coming in for a landing and realized it was just about the same time that Gavin arrived last year.  A helicopter - landing with a patient that is most likely in grave danger... yards away from a playground filled with happy children.  I looked at the children, including my own, running and playing... surely not considering death in that moment in any way.
Life goes on. 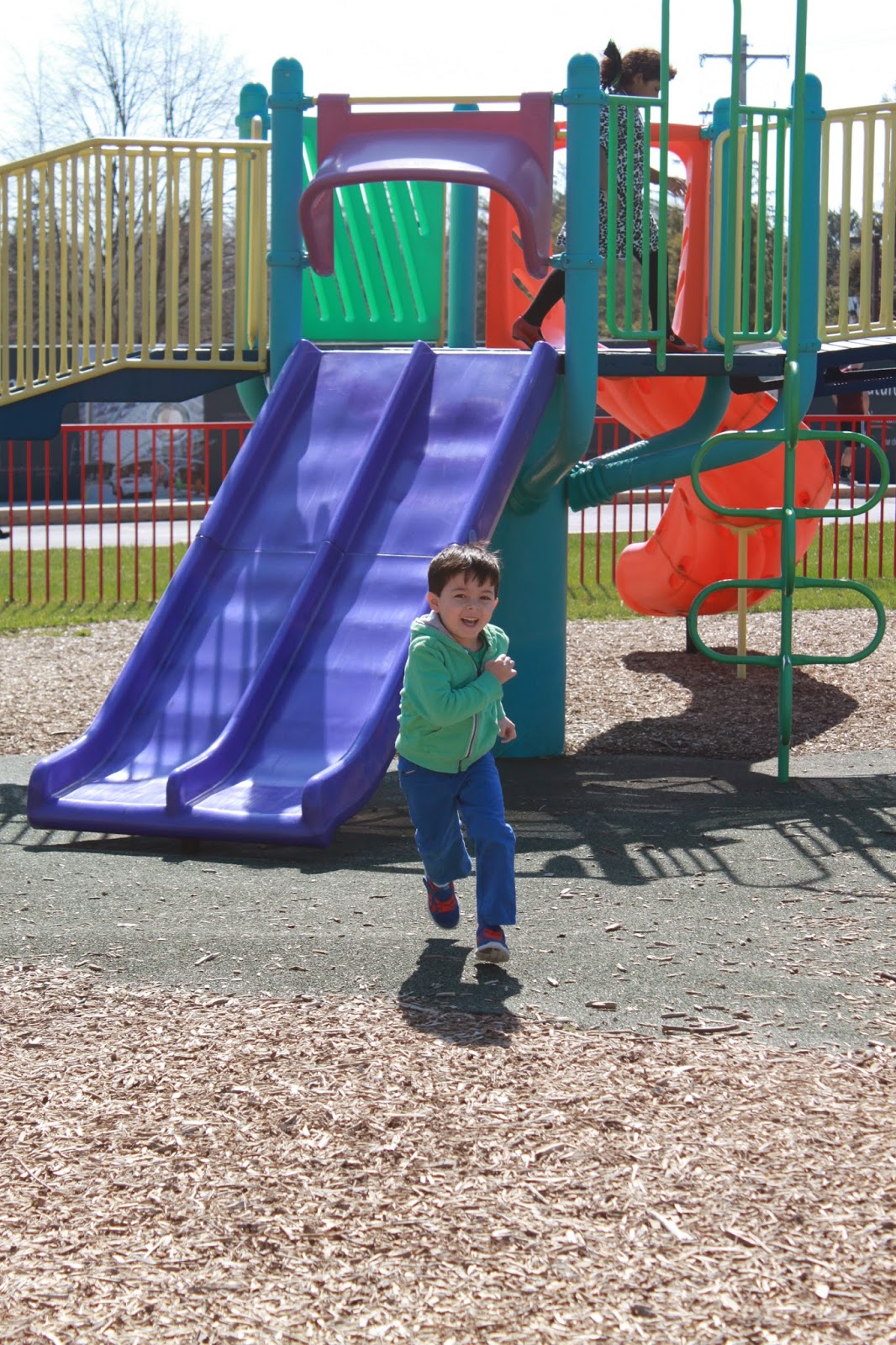 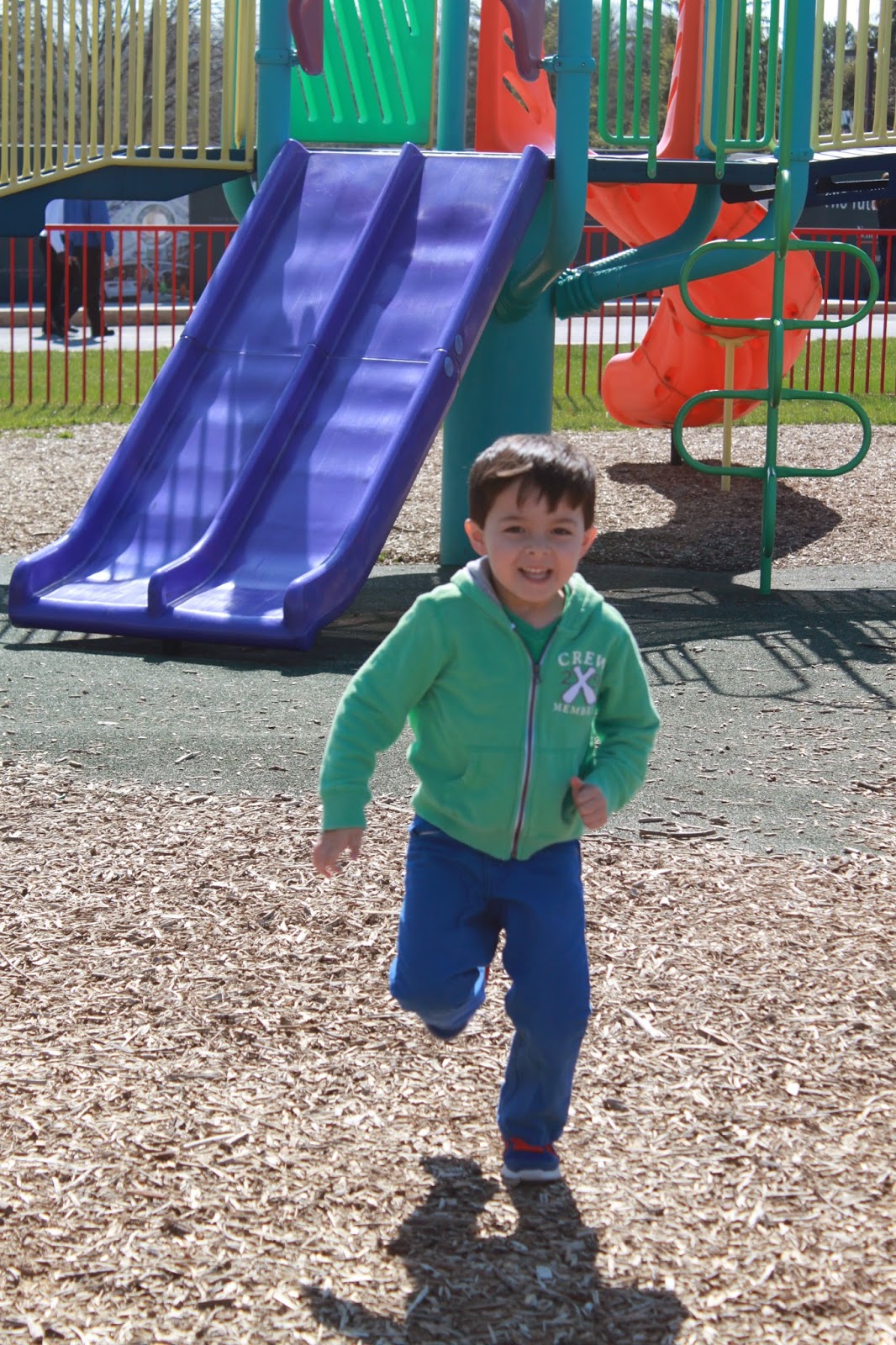 Before we headed home, I had to write in the Prayer Intention book... something I always like to do when I'm there.  This time, it felt necessary. 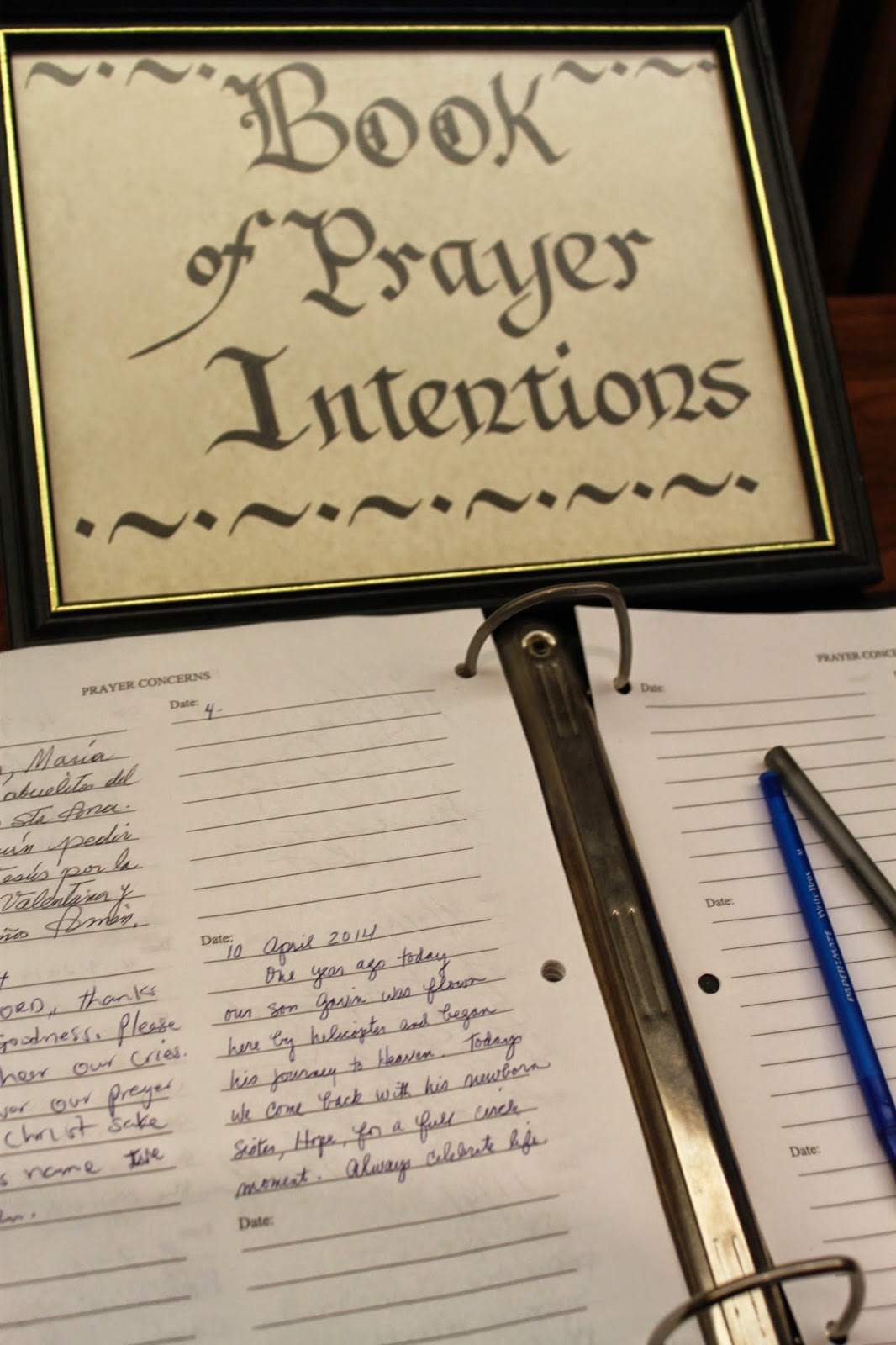 One year ago today, my world unravelled. 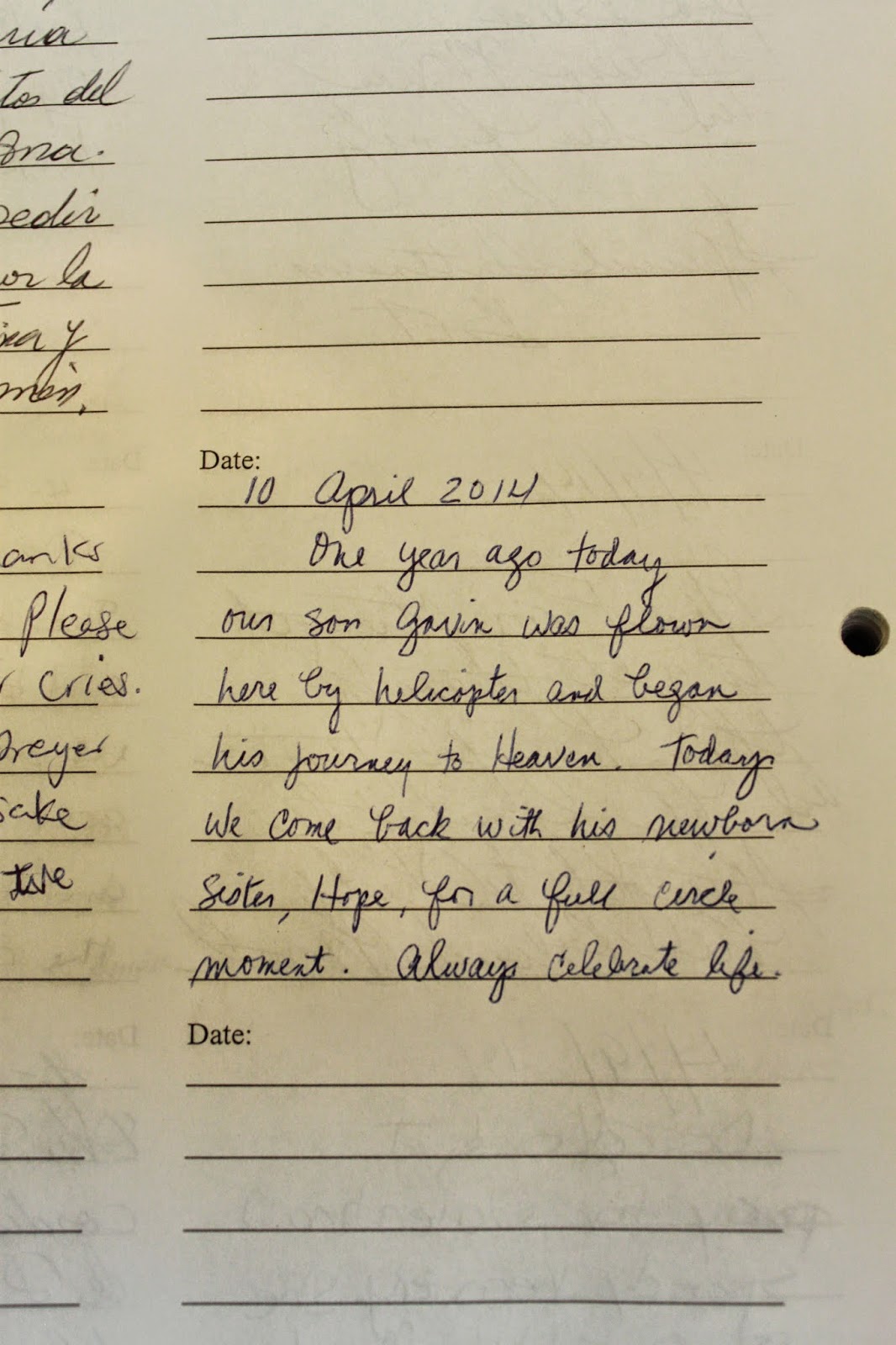 And each day since it has been Gavin that is stitching my world back together.
I will always celebrate life because he lived.

Posted by Kate from Chasing Rainbows at 9:40 PM