I have accomplished the most important item on my "bucket list:"

I became a Mommy. 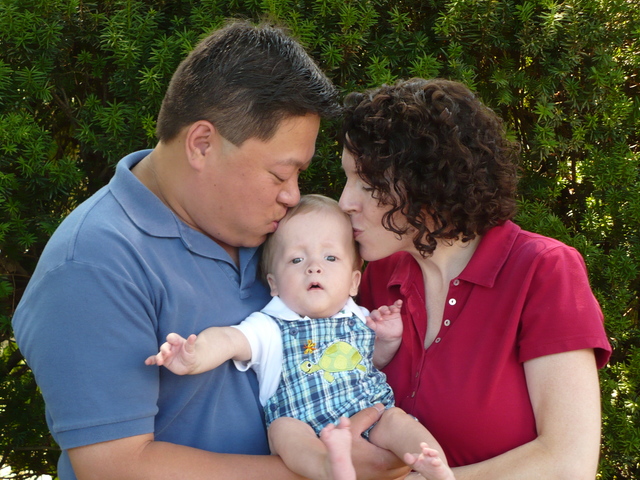 ...and then Brian and Darcy and Hope. 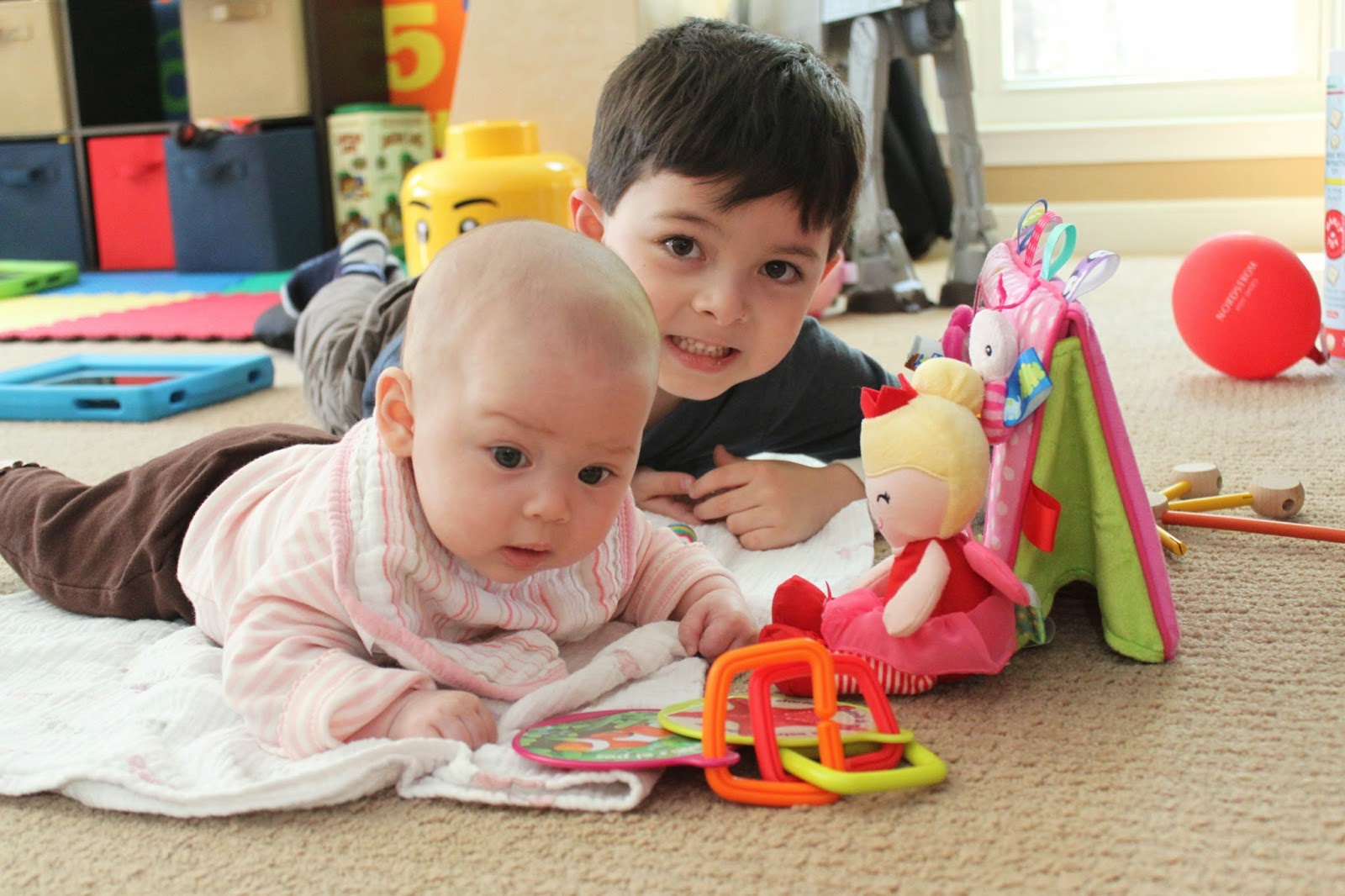 The last few days, Brian and Hope have been sick.  Brian has pink eye!!!  And Hope did end up having a cold. 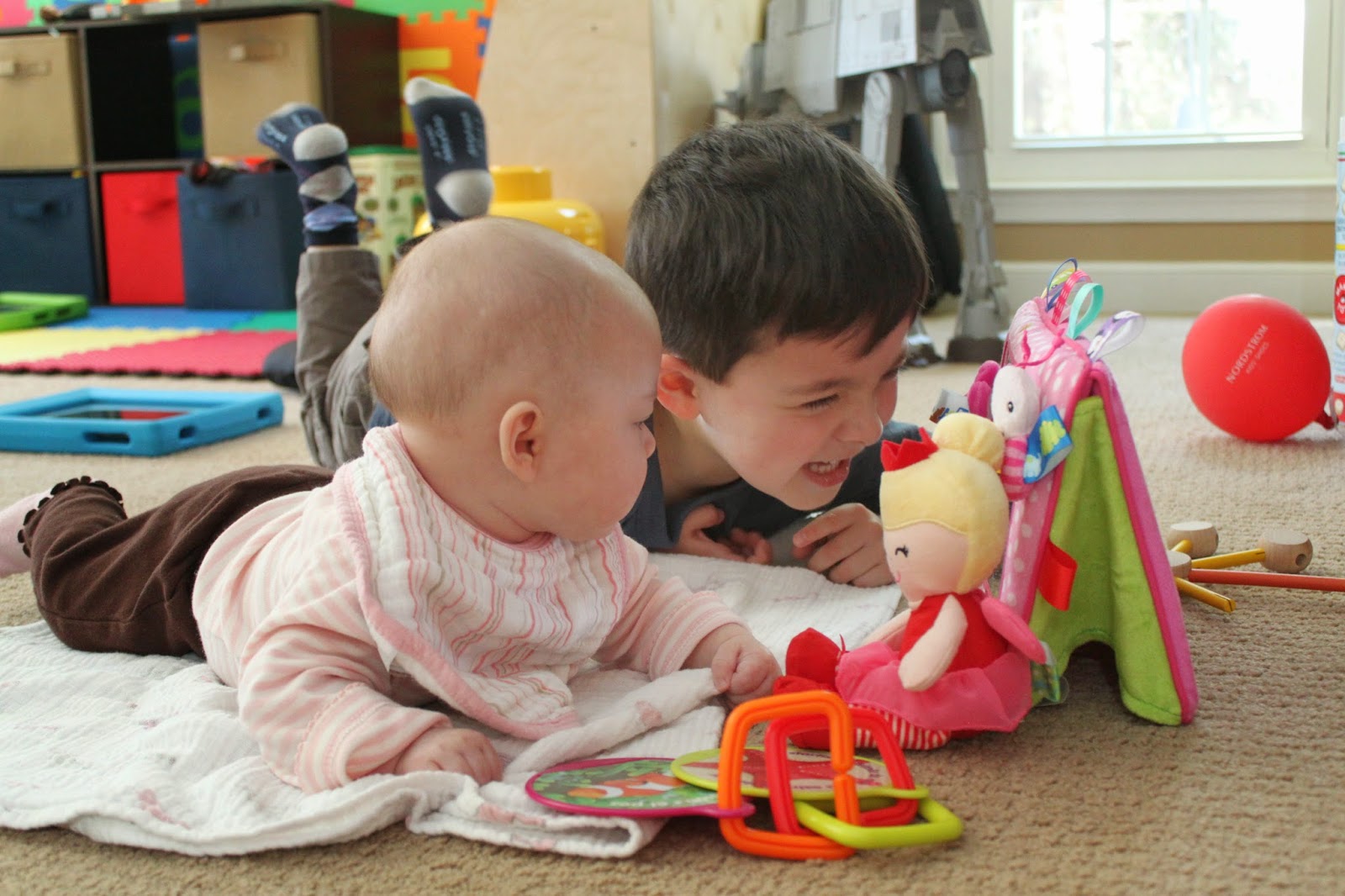 Brian has been home from school for the last two days.  His eyes definitely cleared up this afternoon!  Thank God. 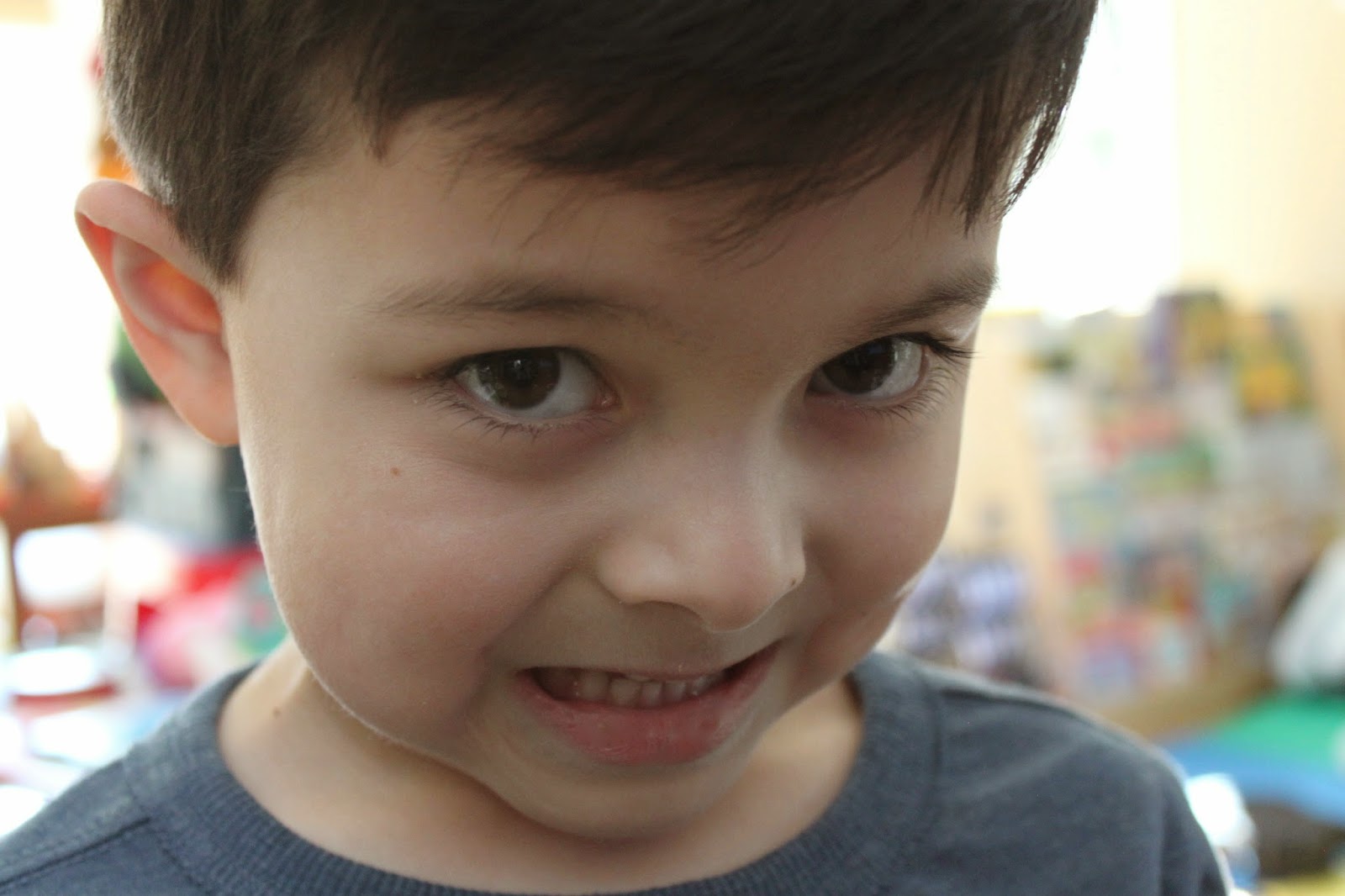 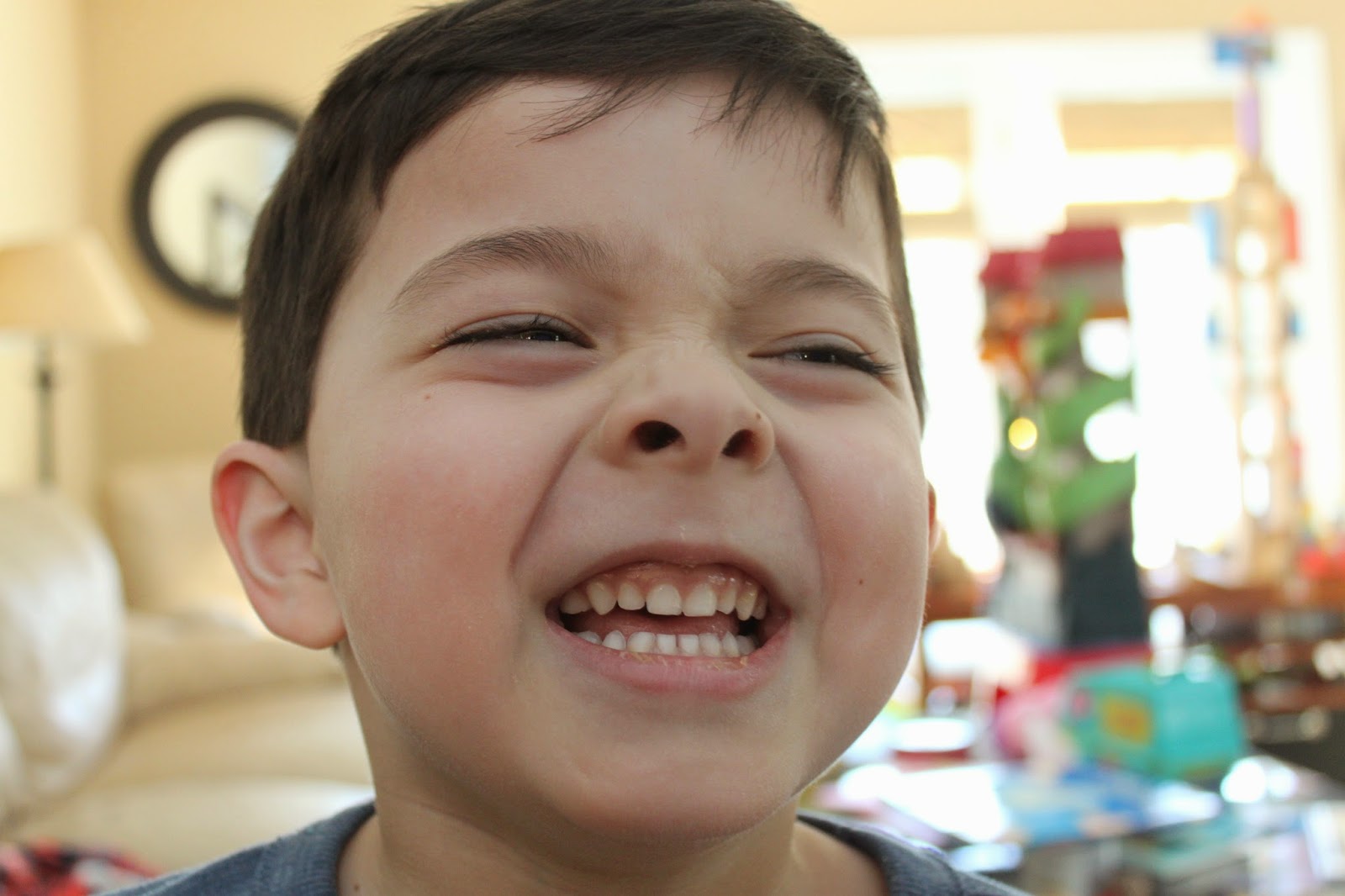 It is crunch time as I get closer to the fundraiser and I have so much to do - deadlines to hit - phone calls and shrink wrapping and spread-sheeting and more.  It has been very challenging trying to manage this last week with these two little ones.  Yesterday turned into Mommy and Brian making necklaces and playing Star Wars and me begging him to watch a movie.  And Hope?  Hope is a conundrum.  She is a peculiar little baby who doesn't sleep during the day!  She takes little cat naps - but won't sleep a long stretch.  And putting her in the Ergo is not an option for a bunch or reasons... but the biggest one this week is that the excel spreadsheet I need - which is taking up the most of my time - is down low.  She doesn't enjoy when I sit.  And my old body won't let me squat and type with a baby hanging from my chest. 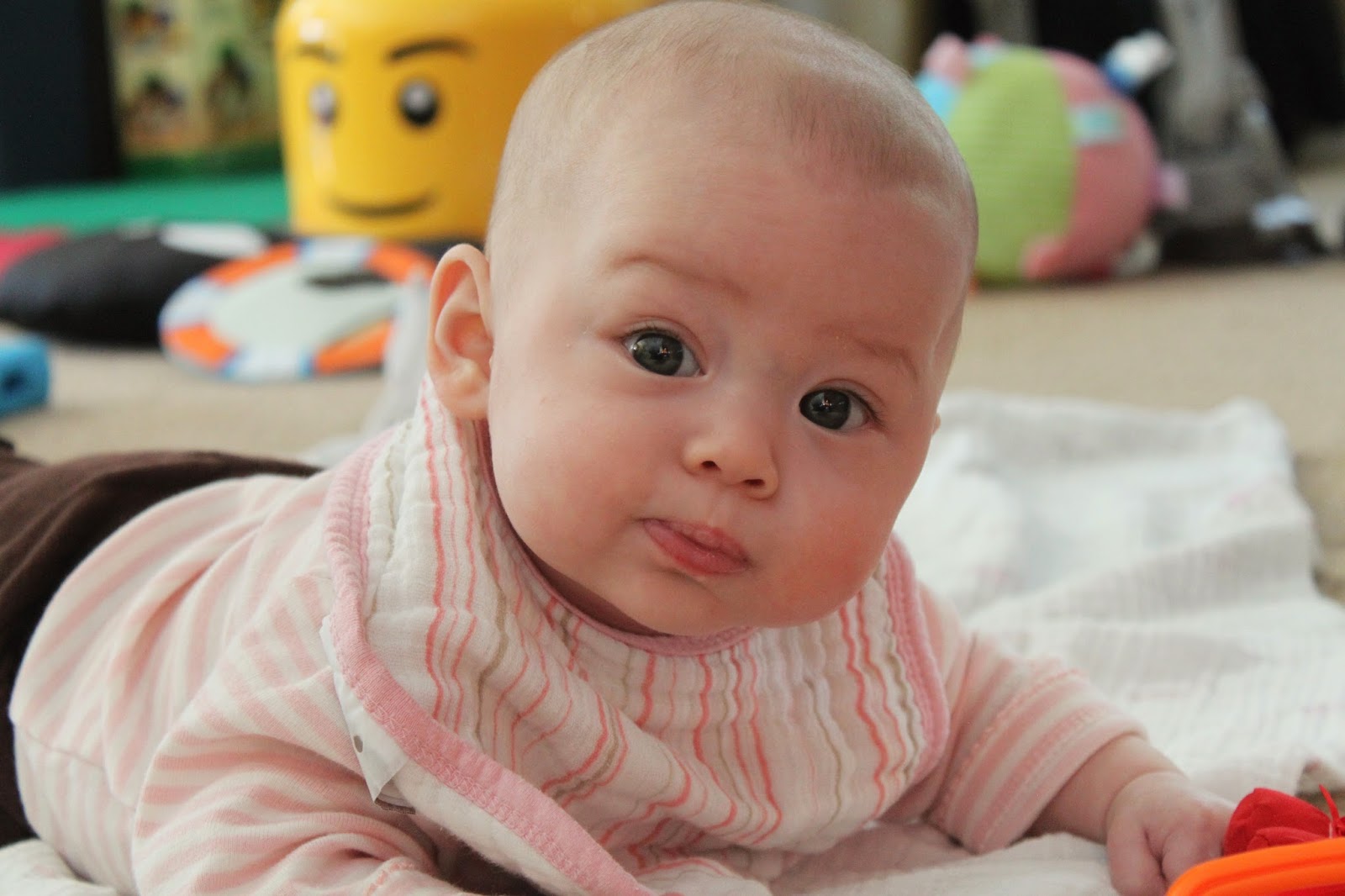 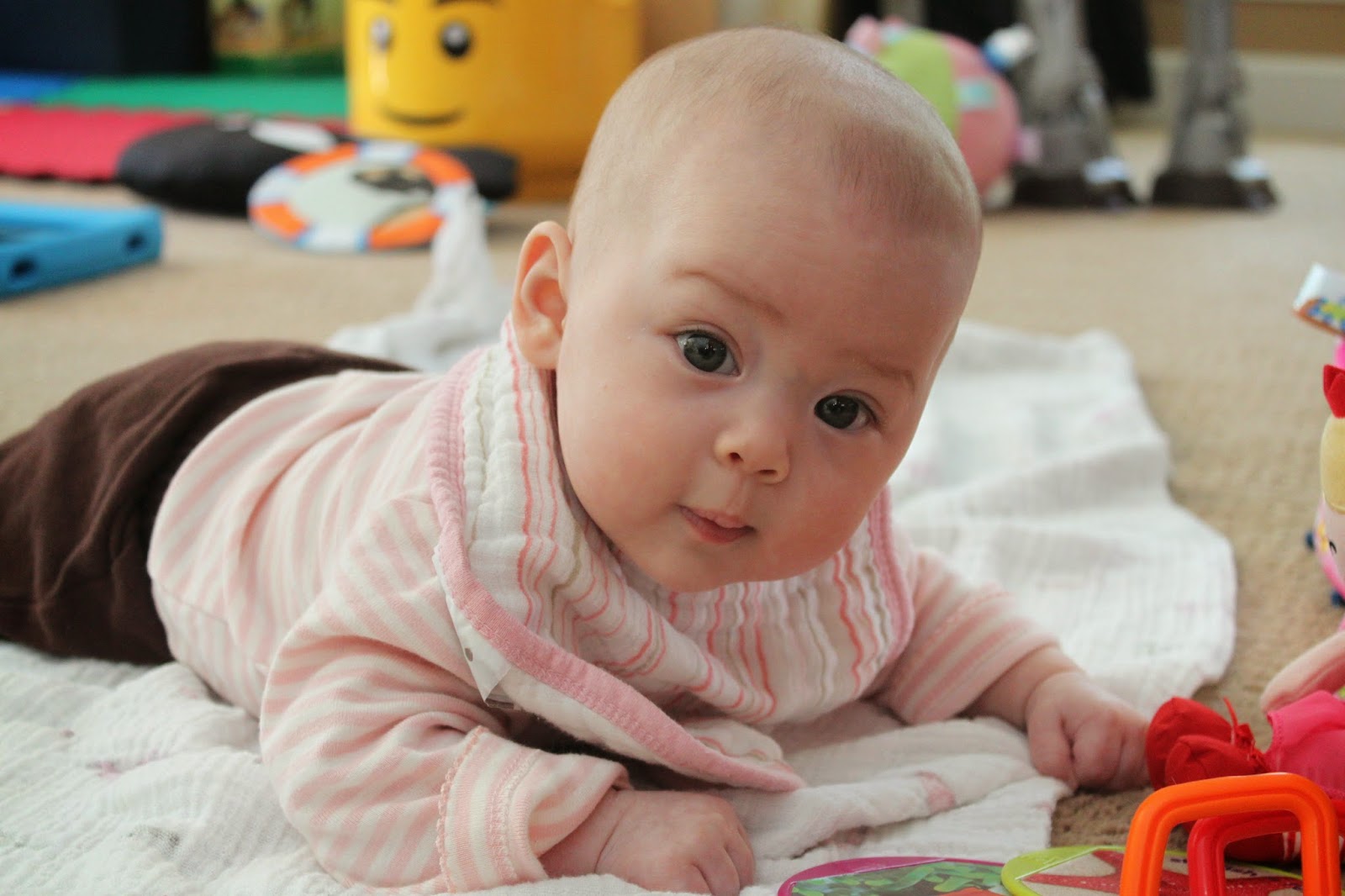 And apparently she's an overachiever!  She's already attempting to scoot!!  She can move herself forward a little!!  And, she's desperately trying to roll over from her back to her belly.  Can you slow it down a little, Miss? 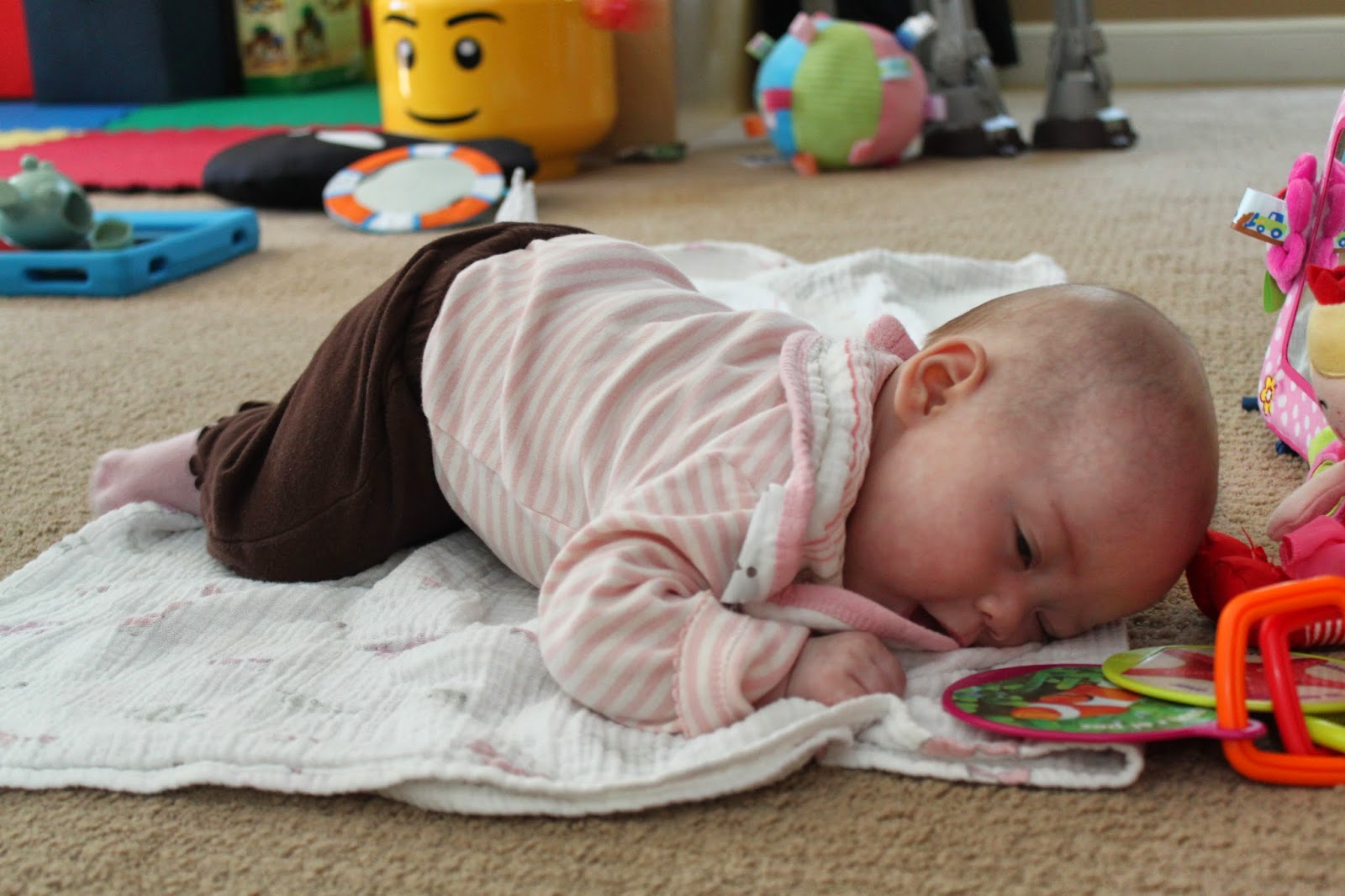 So I do my best to balance playtime and "work time" and hope that I'll get it all done.  These two beautiful people are my main job, anyway.  The rest is important - but not as important as them.  But still - I'm nervous.  And I'm hoping and praying that all of you that attend the event in person - or just virtually through the silent auction - will remember two things.

1.  I've never done this before.  This planning a giant fundraiser all alone with a five year old and almost 4 month old.  Please have mercy on me if something doesn't go right.  And if the event doesn't live up to your expectations - please don't tell me?  I'm pretty sure it would break my heart.

2.  This is all to honor Gavin's life.  And to show his brother and sister, who will grow up without him, that you can do anything you set your mind to - including create beauty after a personal tragedy.  I always want them to remember that they have Gallagher and Leong blood in their veins... NOTHING can bring them down. 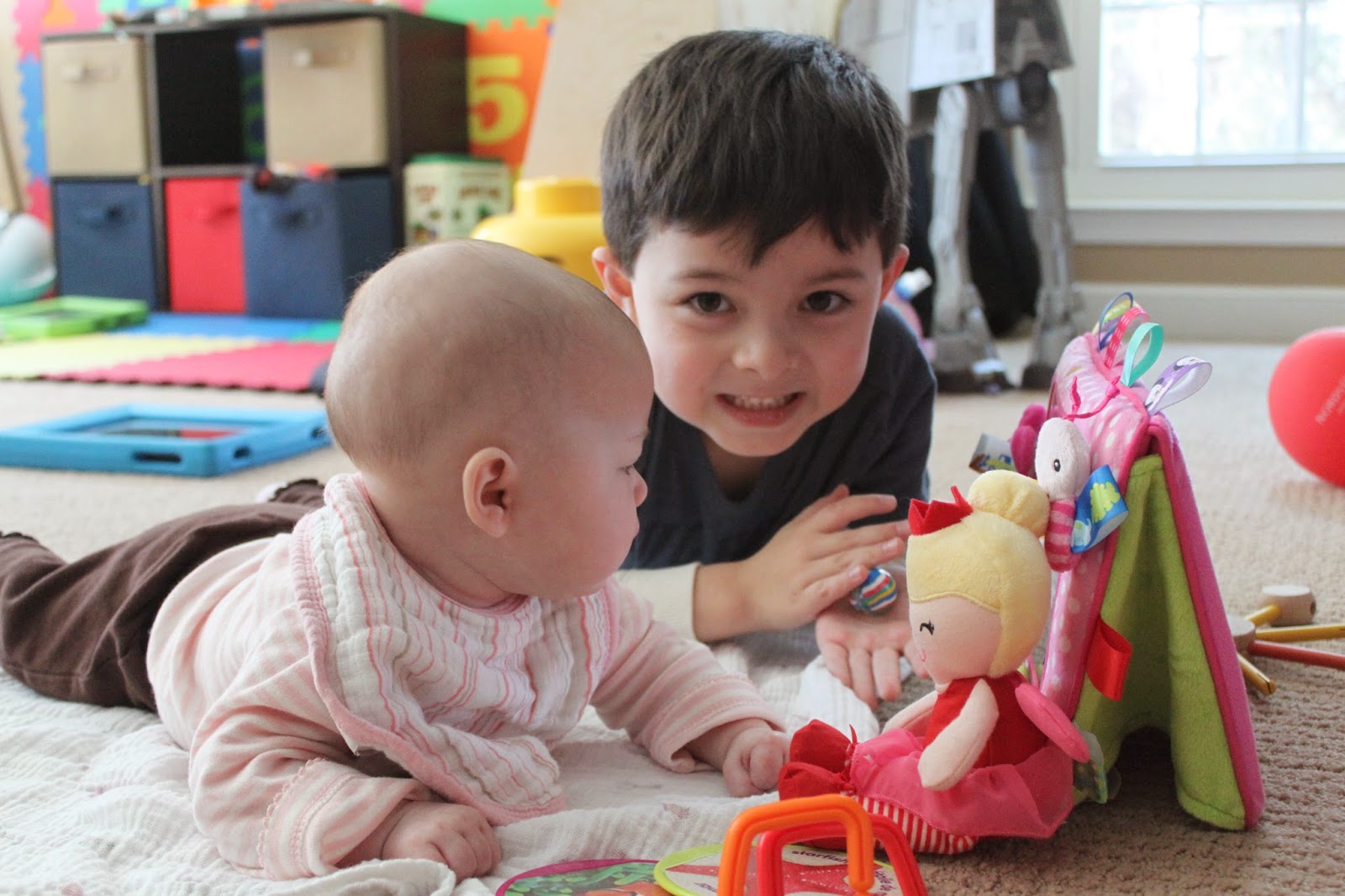 If you haven't yet bought your ticket to "Gavin's Playground Project" - or registered for the silent auction - you can do that HERE.  If you prefer to donate directly to the hospital, click THIS link and select "abilities playground" in the donor designation.  74 people have done just that - and so far we have raised $8,740!  Thank you so much for making this dream get closer and closer to becoming a reality!

Now, on to tonight's preview of the "Experiences" in my silent auction.


I bet every one of you (including me!) has a bucket list.  Here are some of the things on MY bucket list: Meet Ellen DeGeneres... wear my wedding gown again to renew my vows... go back to Hawaii for a second honeymoon... meet Anderson Cooper and Andy Cohen - perhaps at the same time.  Oh... and to pay for a fully funded all abilities playground after holding ONE fundraiser.

At least once in our lives we should have an "experience."  A "once in a lifetime" moment or thrill or trip that we will talk about for the rest of our lives.  Maybe you have a milestone birthday coming up... or you're looking for a great gift for a wedding or anniversary or 'just because?'  If so - I have several incredible experiences for you to choose from in the silent auction that begins March 31st.  All of these auction items have one thing in common:  you get an experience of a lifetime and lots of money goes to build a playground.  I call that a win-win situation.  Creating win-win situations is also on my bucket list.  What a coincidence! Race on over to Charlotte, North Carolina for four days and three nights at the Hyatt House, Charlotte Center City for two, including Richard Petty Driving Experience and entrance to the NASCAR hall of fame.  (Land Only)

Celebrate the Best in Sports at the 2014 ESPYs!
Los Angeles, California It's an all-star athlete lineup when you attend the 2014 ESPY Awards show in Los Angeles, California for three days and two nights in deluxe hotel accommodations for two.  (July 2014 - Land Only) Rock out at Music's Biggest Night at the 2015 Grammy Award Ceremony Los Angeles, California for three days and two nights at the JW Marriott LA Live for two, including the Grammys Official After-Party.  (January 2015 - Land Only)

Go to Any Game in 50 Markets!
Contiguous U.S. It's sports mania at any game in 50 markets, out of 122 teams when you take your choice of an exciting NFL, NHL, NBA or MLB regular season game with premium tickets for three days and two nights with economy class air for two. Choose between world-class golf or a rejuvenating spa treatment daily in Orlando, Florida for four days and three nights at the Arnold Palmer Bay Hill Club and Lodge with economy class air for two, including daily golf or spa services.

It's Just You and the Speedway!
Arizona, Illinois, New Hampshire or North Carolina Mario Andretti racing experience for two to your choice of Arizona, Illinois, New Hampshire or North Carolina for three days and two nights in a Fairmont, Marriott, Hyatt or similar property.  (Land Only) On your mark, get set, go to Las Vegas, Nevada for four days and three nights at the Luxor for two, including an exotic car racing experience and an evening helicopter ride over the strip.  (Land Only)

Rock On at the American Music Awards!
Los Angeles, California

Join music's most influential and iconic artists at the American Music Awards show in Los Angeles, California for three days and two nights at the JW Marriott LA Live for two, including tickets with Loge Level seating.  (November 2014 - Land Only) It's the ultimate Top Gun experience for one person as a fighter pilot for a day in a military aircraft!


Posted by Kate from Chasing Rainbows at 8:20 PM