We are still displaced from our home due to the ice storm in Pennsylvania!  Tonight will be our third night in a hotel.  We've been told that our power could be back on by 11pm tonight - but I'll believe it when I see it!

Let me be clear:  Being alone (while Ed is at work all day) with an infant and a five year old in a hotel room is NOT for sissies.

But - I feel like we have successfully turned this into an epic adventure.  Brian has been having the time of his life!!

The first morning, he thought I was teasing him when I said yes to his request to try the "Rainbow Cheerios" at the breakfast buffet.  He actually looked at me sideways and said... "Wait a minute... are you surprising me with a love bomb day??"  I had to break the bad news to him that "Rainbow Cheerios" are not the healthiest and I only wanted him to eat them when we were in a hotel.  "Wait a minute..." he said, "we'll be in a hotel again tonight, right?" 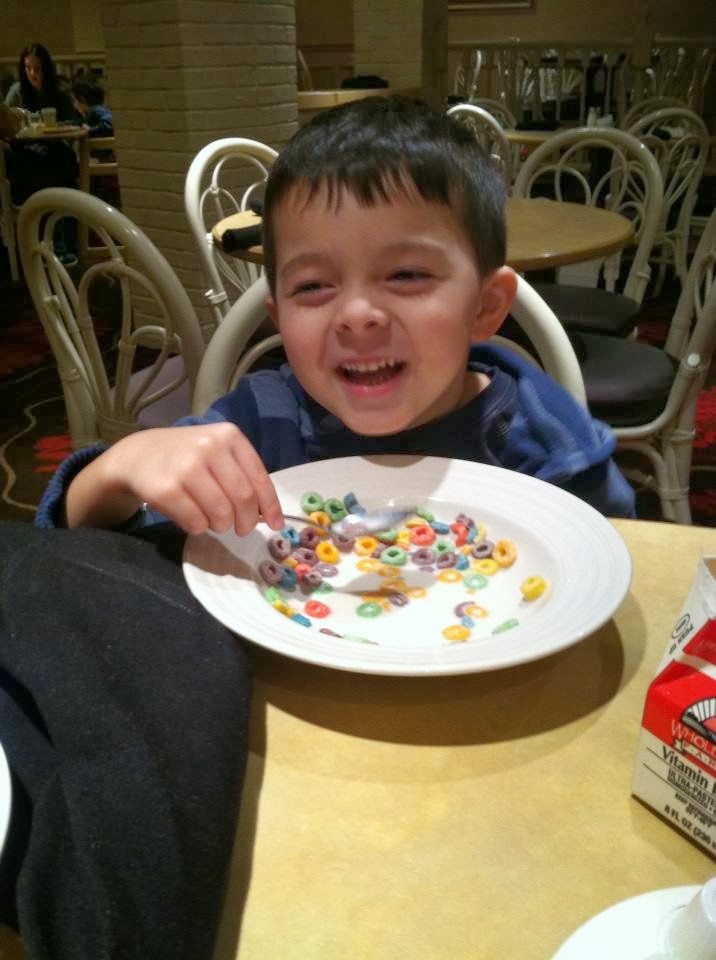 Hope has been a dream.  She's been sleeping well - actually better than at home!  The first night she quietly woke for feedings - ate well - and quietly went back to sleep.  This was super-considerate given we were all sleeping in one room!  Last night we were in a new hotel with two rooms - and it was the best night ever.  Brian slept in the living room on the pull out couch (which he thought was the coolest thing ever) - and Hope slept in our bedroom with us... for five hours straight!  I gratefully slept nearby in the most comfortable, warm bed.  Not too shabby for being run out of our house by an ice storm.  Thank you, Hope! 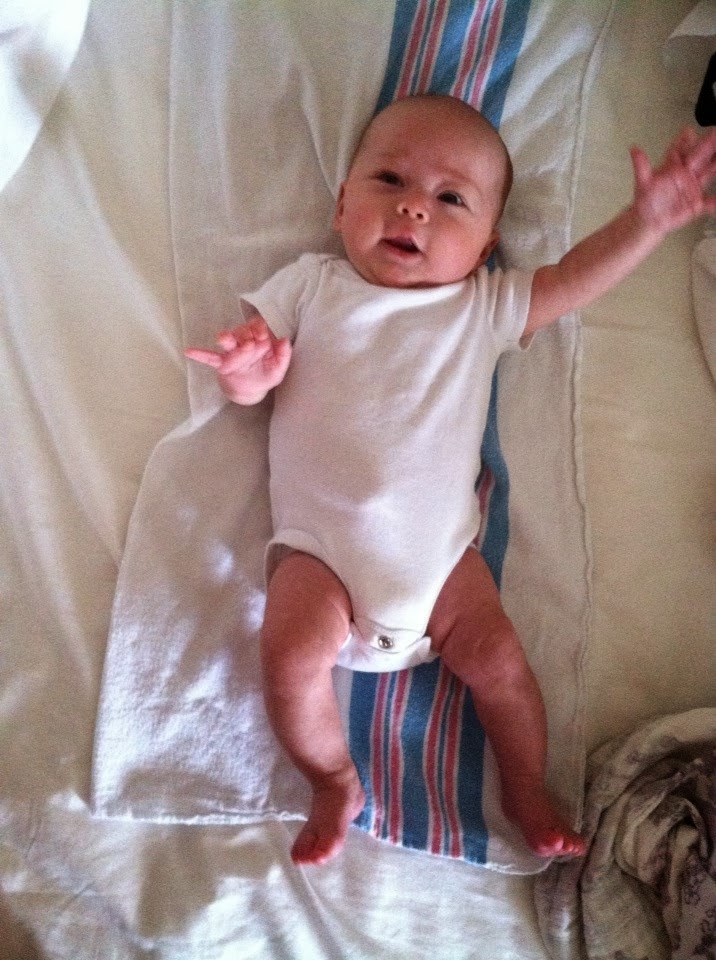 Our hotel is right across the street from Ed's office, which is very convenient for him!  Last night Brian, Hope and I stood in the window and watched for Daddy's car to pull in the parking lot.  Brian couldn't wait for him to return so they could go swimming in the hotel pool!  As Hope and I sat on the side and watched - the two of them had so much fun. 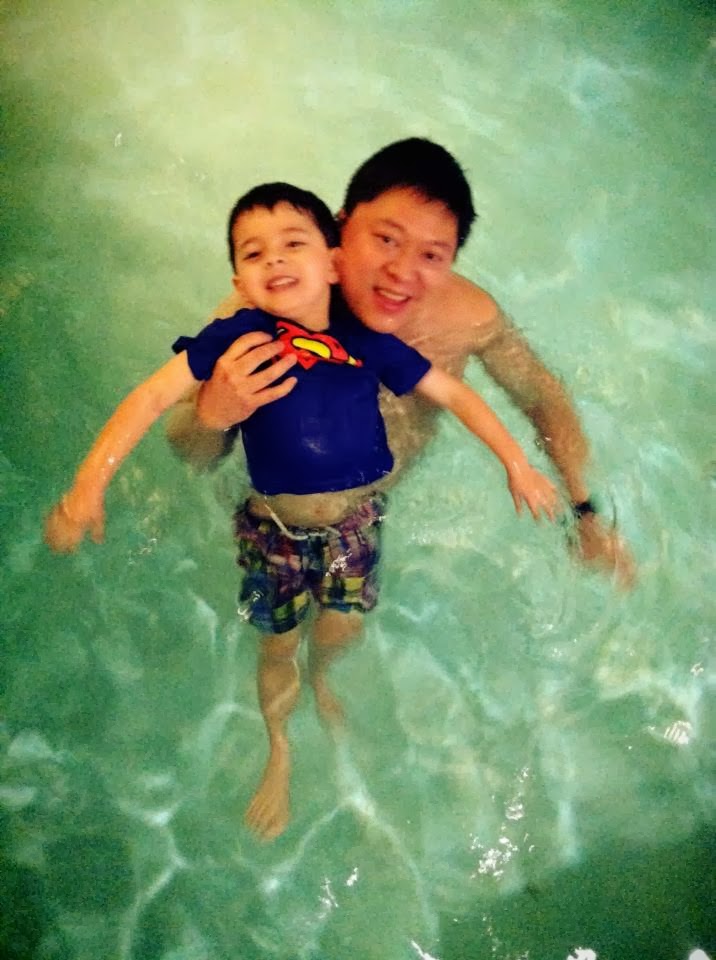 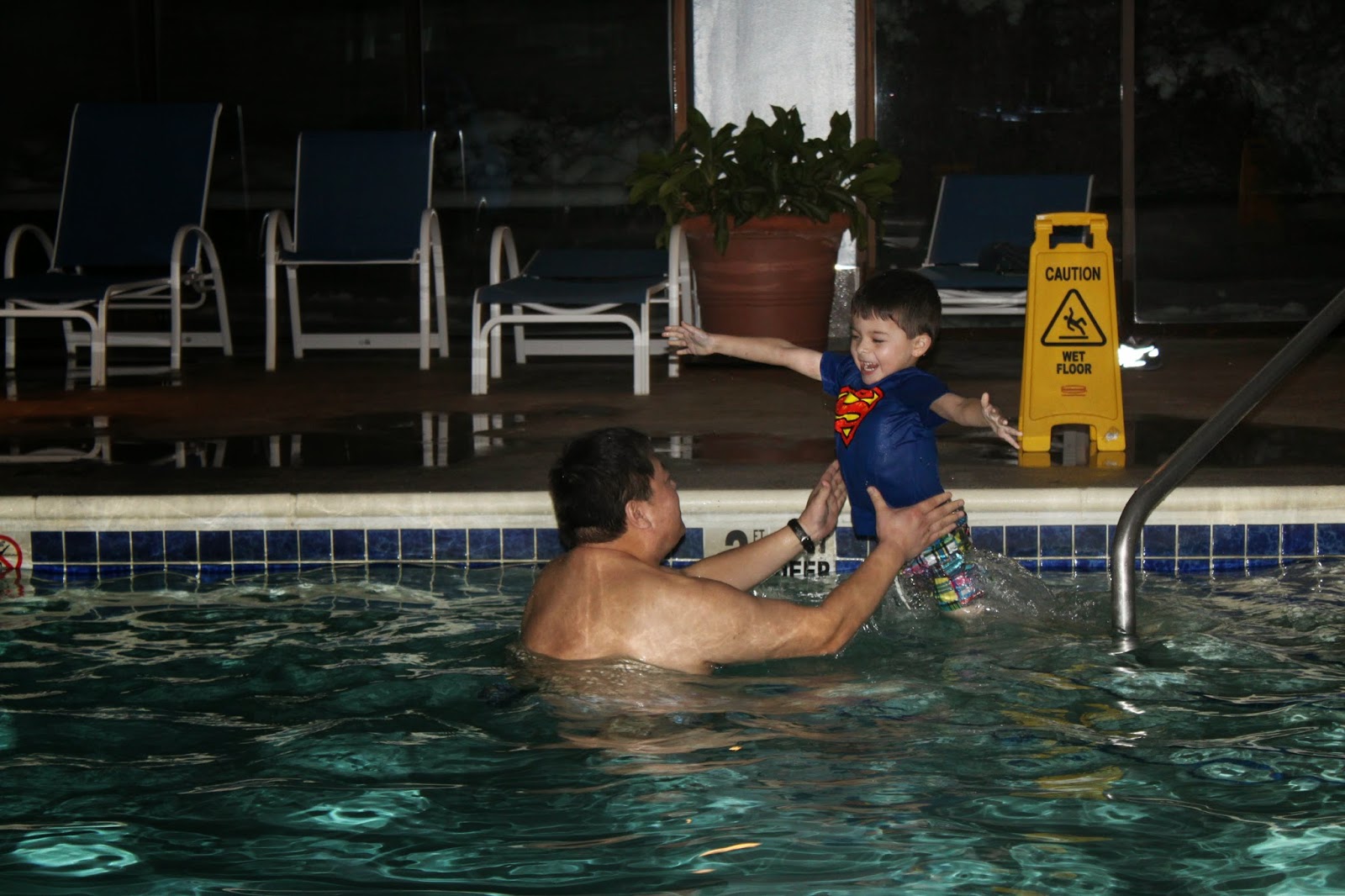 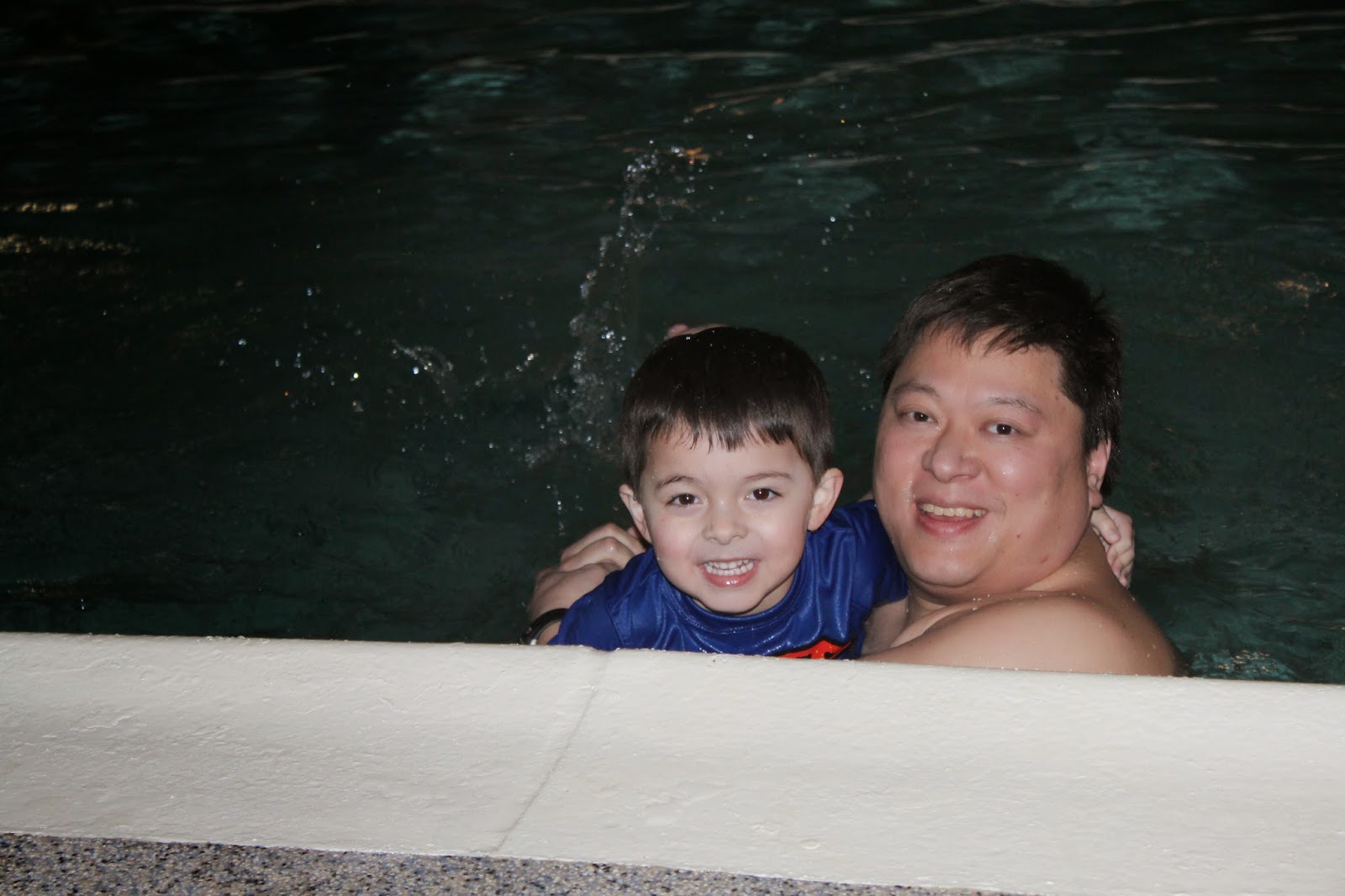 This morning, Ed invited us to have lunch with him at work!  That was a big treat for Brian.  And it was nice for me to meet people in person who were so supportive of our family when Gavin died. 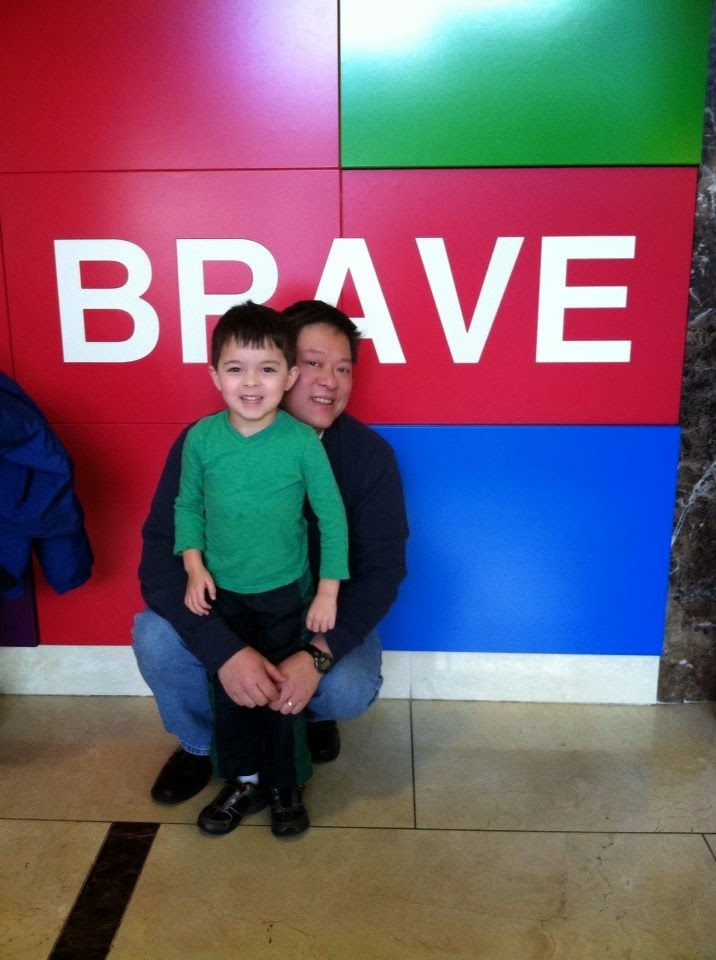 Brian and I get a little stir crazy in the hotel room at times.  You can only play Pirates or Star Wars or Angry Birds vs Pigs for so long in this little space.  So today, I got a little creative.  We took off into the hotel on a scavenger hunt! 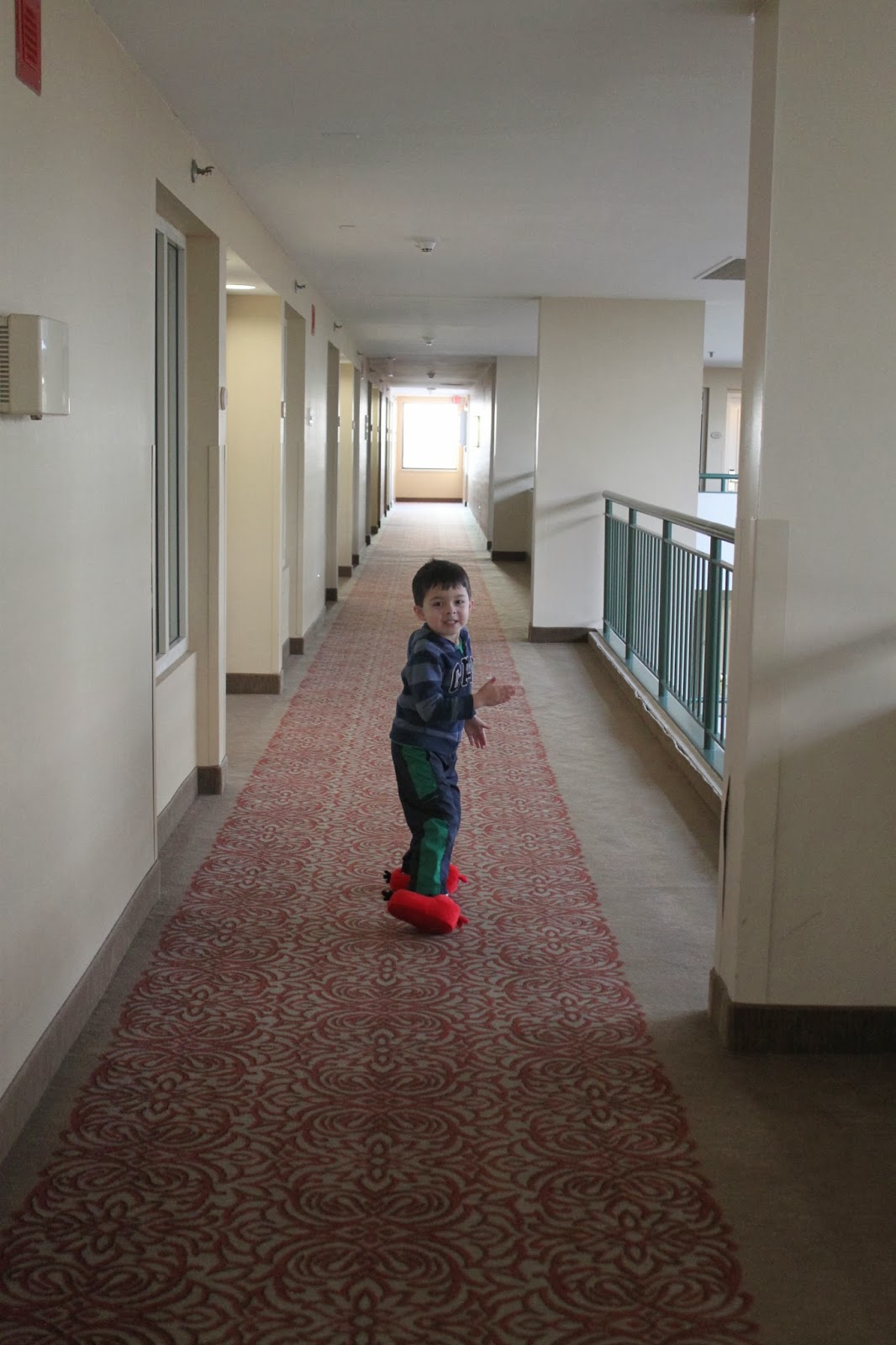 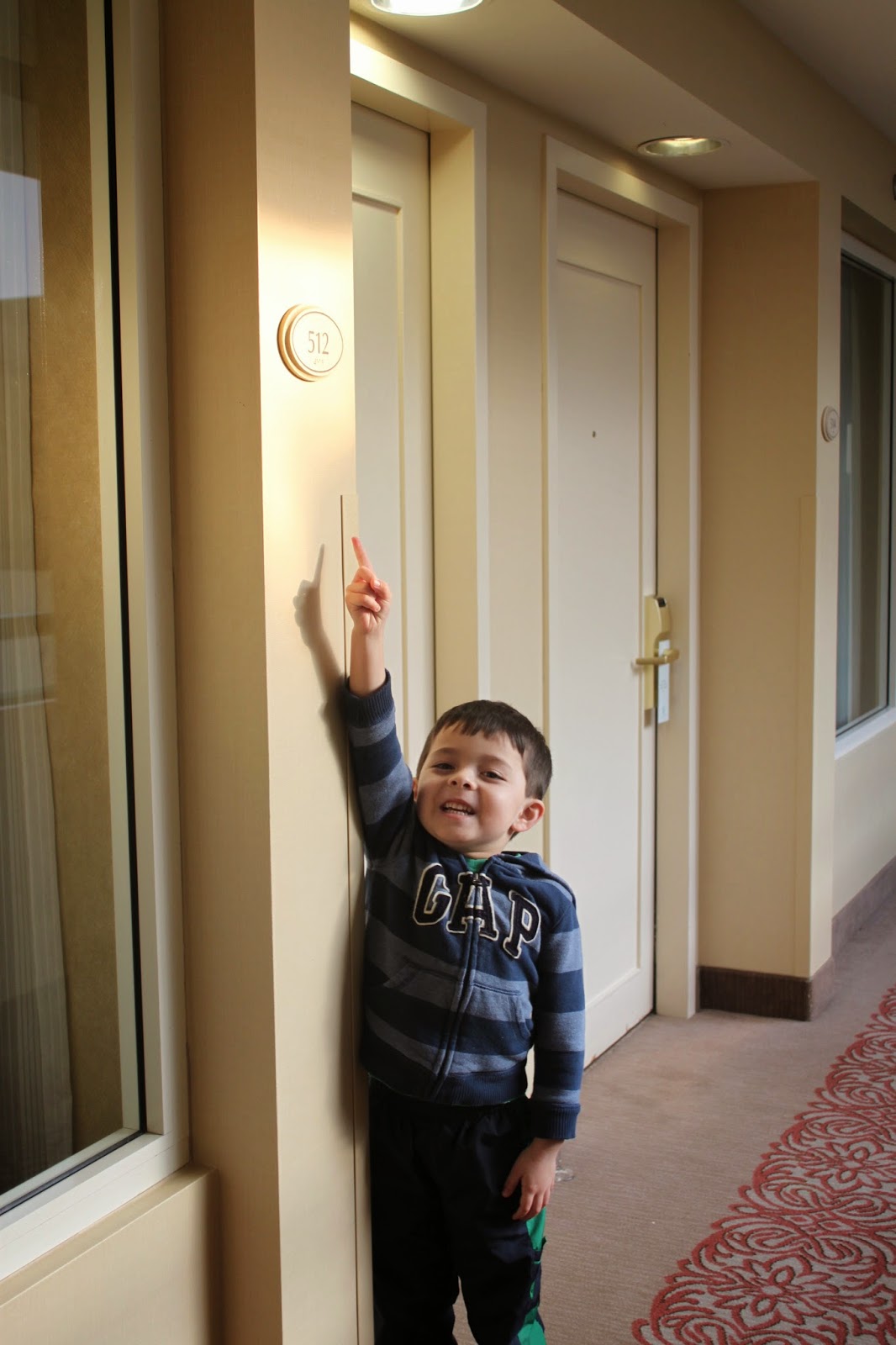 Actually, he found about a hundred 5s.  We were on the fifth floor.  That didn't get old - really.  (Yes it did) 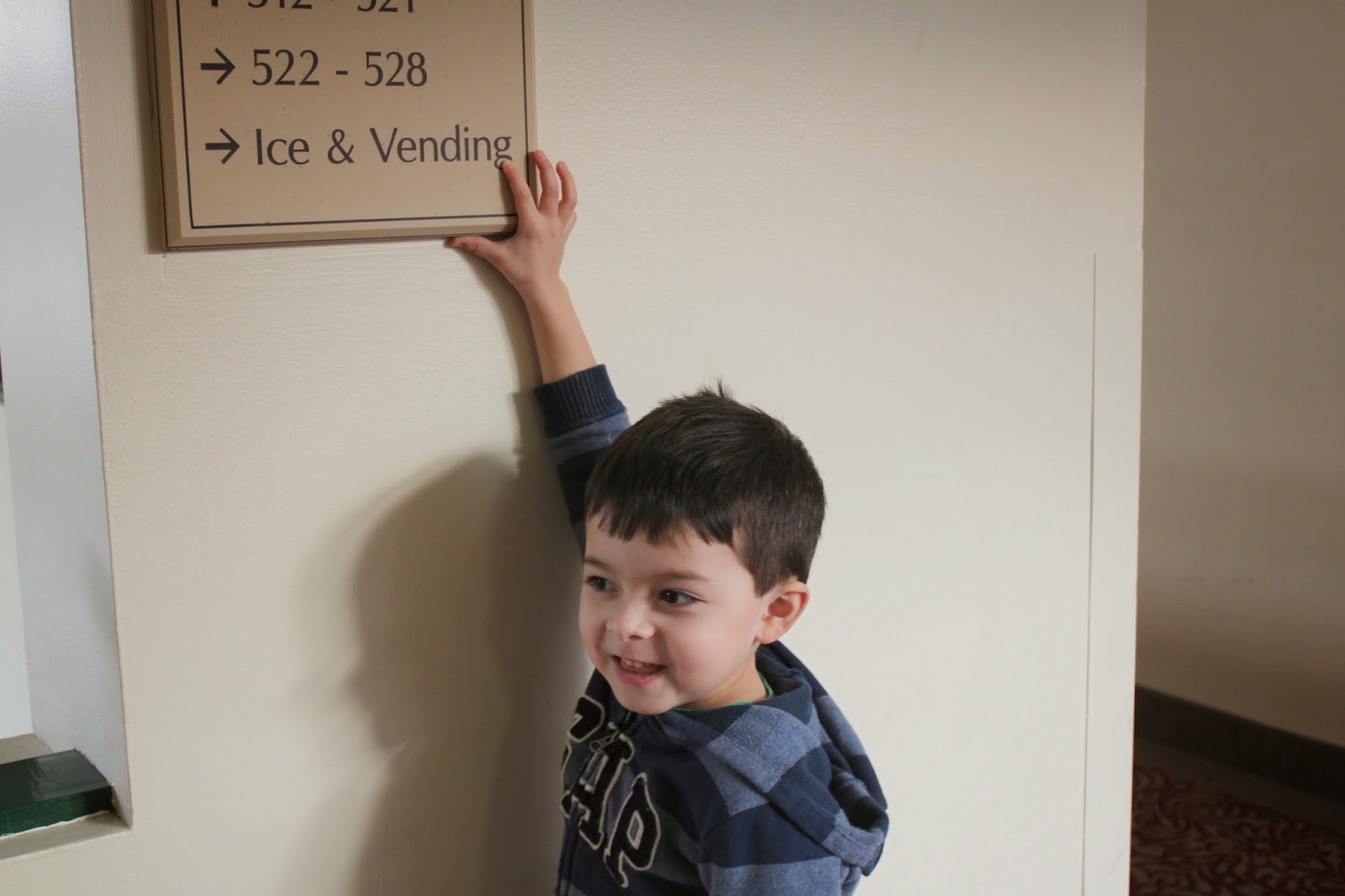 When he found two of something he got bonus points which made him VERY excited.  When he got tired of that, we played "hide and go seek" in the hotel lobby. 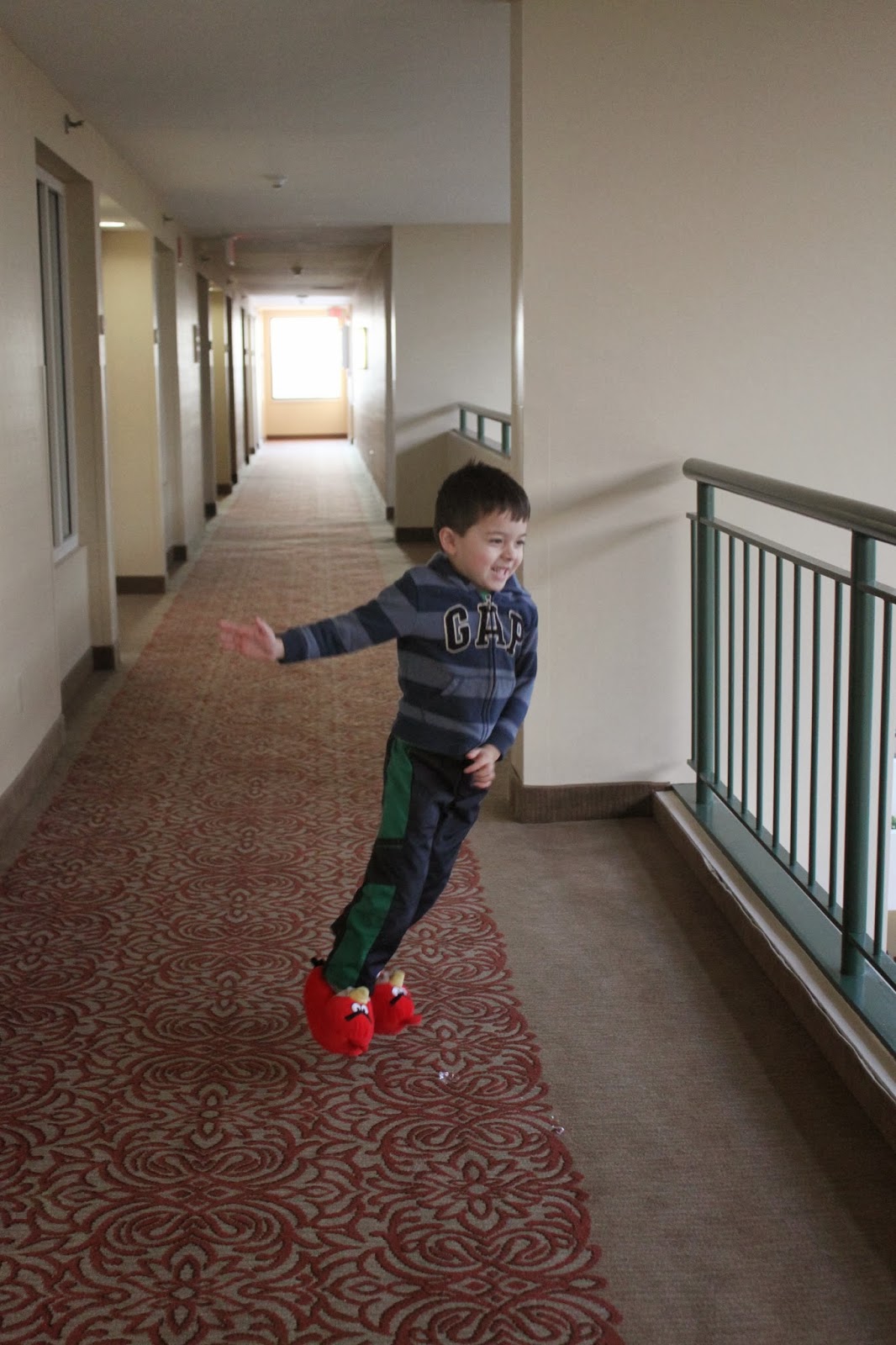 I had such a hard time finding him, let me tell you. 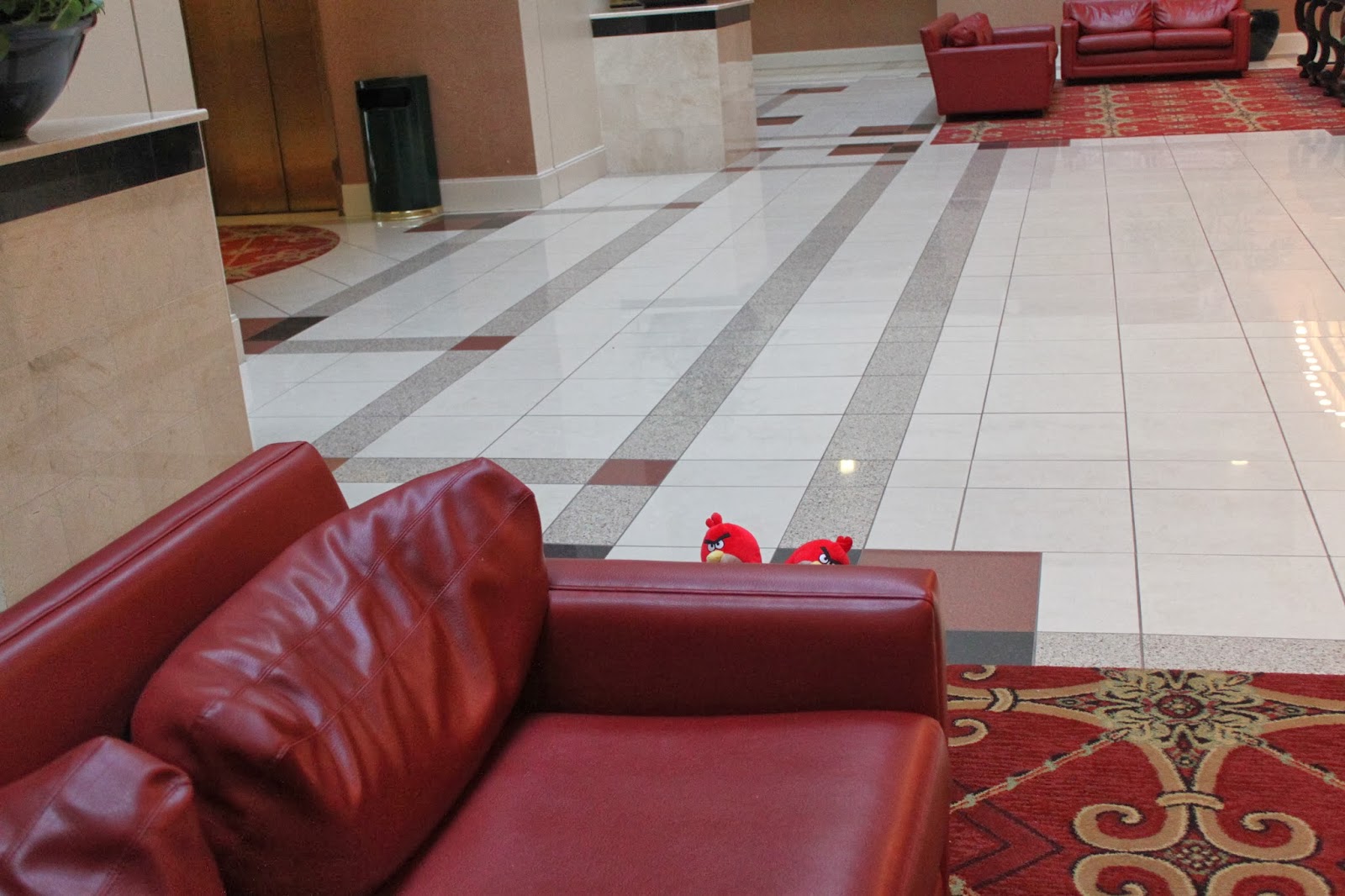 It looks like we'll be out of here first thing in the morning.  I just got word that our neighborhood has POWER again!!  As much fun as this has been (at times) - it will be GREAT to be home.

There's only one little problem.

On the second day of this, I stopped at home to feed "Peppy" - our remaining fish.  If you recall, "Fishie" died before the storm and devastated Brian.  I went to the tank the other day to find that poor "Peppy" had frozen to death.  As if I needed this now.  So I will soon be off to the store to buy a "Peppy stunt double."  Brian does not need to know that he lost another fish.

Posted by Kate from Chasing Rainbows at 9:34 PM