With Love From Home... 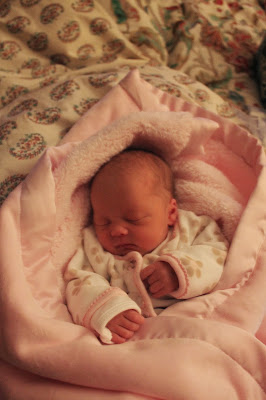 We made it home.

It has been a long, long day... after a long, long night... and I'm feeling very incoherent and exhausted.  Hope was rather fussy last night so the two of us were up a lot.  And she needs to be nursed at LEAST every three hours so I was awake much of the time.  That's the bad news.

The good news?  My little sweetheart is a champion nurser.  My milk is IN, people.  And those who know what that means may have done a collective "ouchie!" in my honor.  The hard part sometimes is waking her up to eat - but she needs to gain weight and she needs to get rid of her slight jaundice.  And breastmilk can accomplish both of those things! 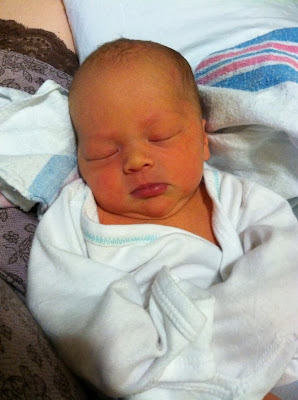 One thing she needed to do before being declared ready for discharge was to pass the "car seat test" with a respiratory therapist.  This happened in the middle of the night.  Lucky for me, I had a rock star nurse who understood my need to document the moment.  While I slept, she snuck away with Hope and my camera!  She passed with flying colors! 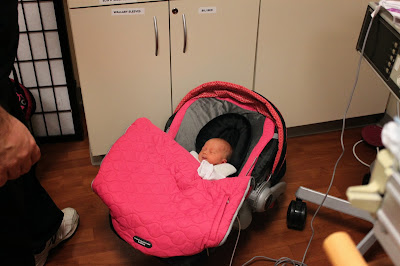 This morning, as the princess slept in (and Mommy tried to keep her eyes open and her brain focused) the discharge process began. 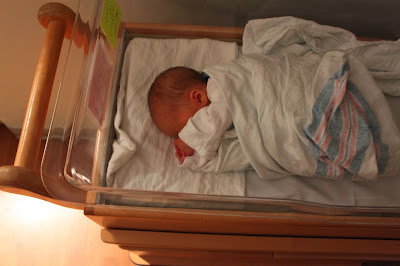 Hope's doctor from the NICU came in to examine her and told me her weight had gone from 6lbs, 1oz to 5lbs, 9oz.  He wasn't concerned about it that much - and actually told me that he never really believed her birth weight.  I had been so pumped with fluid before the delivery and it's likely that it got transferred to her.  She was very swollen (as was I!) and that has gone away (for her - not me - booooo!).  He also told me that her bilirubin was showing some slight jaundice.  Ed and I need to drive her back to the hospital for blood work tomorrow to check the levels again.  He told us, if needed, we could do phototherapy at home!

Brian and Ed showed up to take their girls home.  Hope and I both had wardrobe malfunctions, but we didn't care.  The "coming home" outfit I planned for her was about ten sizes too big for my preemie!  Lucky for me, I had packed an outfit that Miss Sara bought for her that looked on the smaller side.  And I had planned a "coming home" outfit - but forgot an essential part of it.  So I ended up wearing the same outfit I walked into labor and delivery wearing that had been all crumpled up in my suitcase to take back home.  Oh well.  If you think I spent a moment stressing about it, you'd be wrong.  I was so excited to get home with our little girl.

I was also VERY excited to let Brian hold his sister for the first time.  And it was a moment that we will never - EVER - forget. 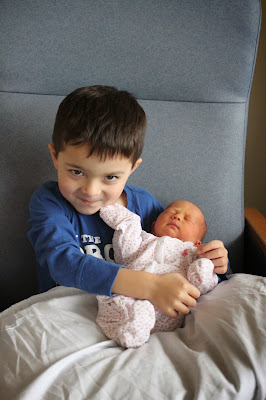 He took it all very seriously and was really careful and sweet.  The first thing he said to her was, "I'm going to take care of you."  And all day, he proved that to be true.  He wanted to take her picture...he wanted to understand everything (and I mean everything) about breastfeeding...he would come to me if he heard her crying to ask, "Mom - is the baby okay?"  He is 100% invested. 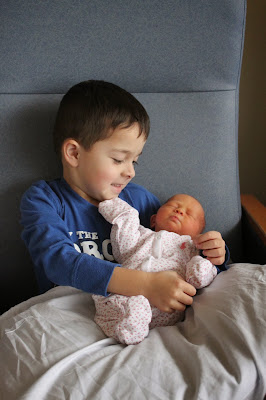 Ed and I are so happy - and so relieved - that he is excited to be a big brother.  We lost our son... but Brian's heart was broken, too, when he lost his big brother.  Although it's impossible for Gavin to be replaced - and we don't presume at all that Hope could - there is one thing we are sure of.  Something we heard Brian whisper to his baby sister today.

He kissed her softly. 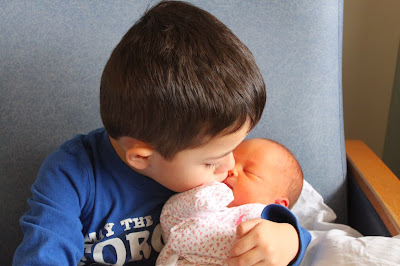 Then he leaned in for a gentle squeeze and said... 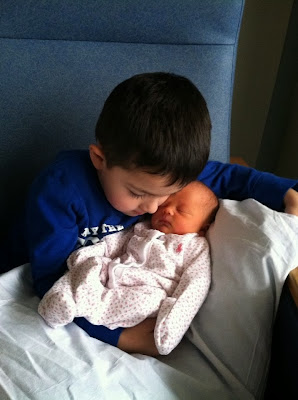 "I will love you forever."

Posted by Kate from Chasing Rainbows at 10:44 PM