The Best Part of This Story...

The Gift of Life Family House in Philadelphia, PA is a place that is near and dear to our hearts.  A couple months ago, they asked me to write about our experience as Home Cooked Heroes - and they also asked me to speak at their annual holiday luncheon.  I had to cancel the speaking engagement (I ended up in Labor and Delivery that day and ended up delivering Hope just days later!!), but I did write about our experience.  I was happy to do it.  This is what was published in their Winter Newsletter...

Our son, Gavin, had a febrile seizure on April 10, 2013 that led to cardiac arrest.  He was pronounced dead on April 14th.  He was five and a half years old. 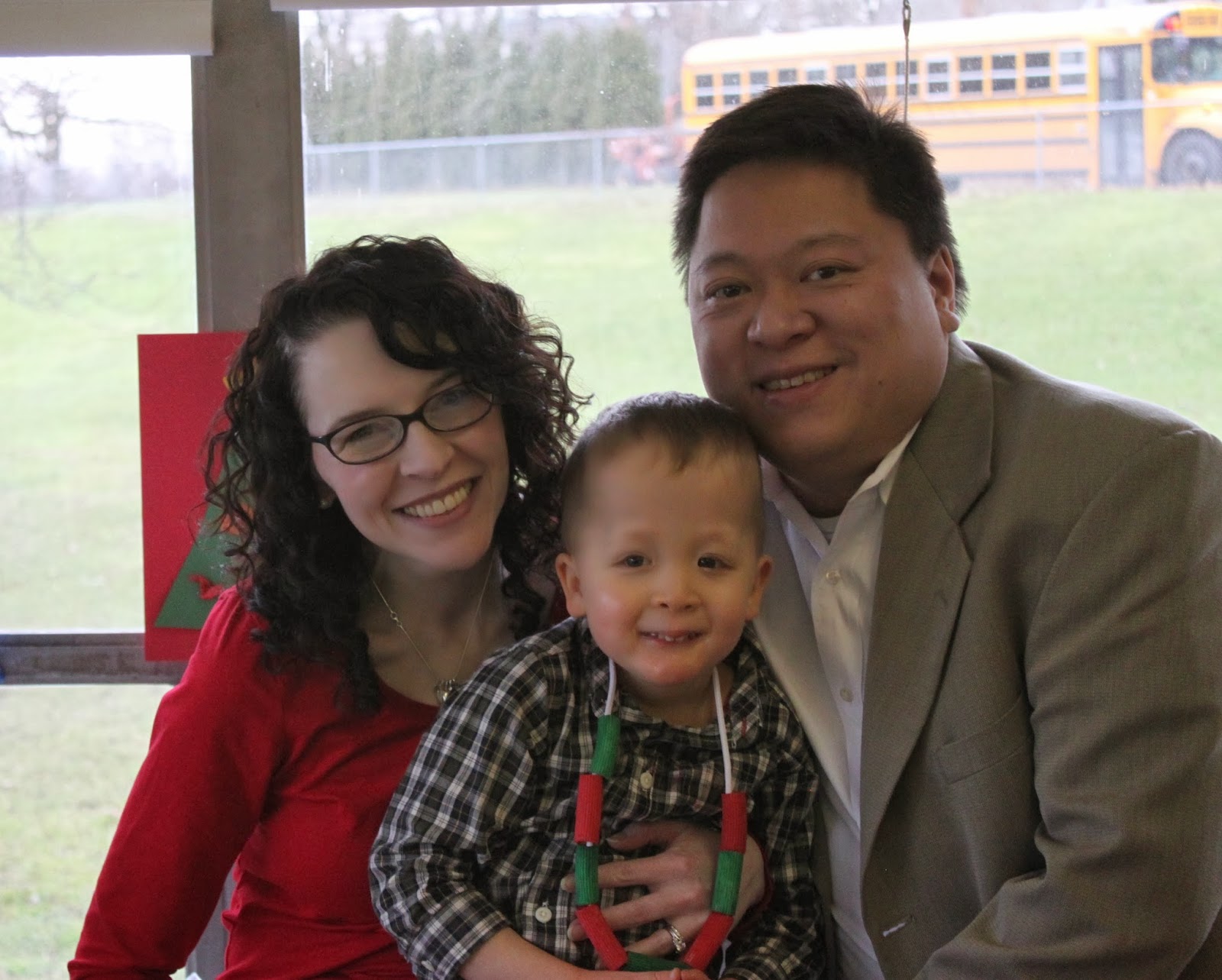 But that is the smallest part of his story.

We made the decision in the hospital to donate his organs - having never once discussed this before.  It was an easy decision for us, really, because this little boy had healed us just by being born.  And he helped countless others who were just witnesses to his five and a half year journey.  To keep him from continuing to heal and to help would not have honored his life at all.

Gavin's kidneys were the only viable organs able to be donated - and both of them went to a man in his 40s.

But that's another small part of his story.

It's an easy trap, I think, to get hung up on what organs can be used… who the organs went to… what happened next.  And I admit that for the first week or two, that was my obsession.  It was something I could focus on other than the pain of losing my son.  But slowly I saw people being moved by Gavin's story.  I started getting emails and cards and comments from people who were inspired to become an organ donor because of Gavin.  Or messages from parents who decided to start a conversation ahead of time about what they might do should the unthinkable happen to one of their children.  And soon I realized - Gavin's birth may have saved our lives… but his death is saving countless lives.  It is humbling, to say the least.

Gavin had an undiagnosed genetic syndrome which kept us guessing and working hard to help him succeed his entire little life.  Early predictors were that he would likely never sit up, eat on his own, hear without hearing aids, communicate in any way.  Oh, and forget walking… that would be a total longshot.  We refused to believe any of it.  Slowly and miraculously, Gavin defied all of the predictions.  We fed him like a baby bird until he could eat entire bowls of purees.  He sat up for the first time at 18 months on the altar of the Nemours A.I. DuPont Hospital for Children's chapel.  After a trip to the St. Katharine Drexel Shrine in Philadelphia, Gavin's hearing was restored - and his hearing aids remained on a shelf in our home as a reminder to never lose hope.  Four months before he tragically died, he started to take independent steps.  And he made a big connection with a communication device on April 4th that gave us great hope that he would soon be "talking" to us.  Ten days later, he was gone.  What wasn't gone was the trail of inspiration he left behind.  His journey gave other parents hope for their children.  It inspired therapists and teachers who worked with him!  It taught doctors to never count anyone out.

We had really been looking forward to Gavin's sixth birthday on September 29th.  He would have just started Kindergarten that month which was a big accomplishment!  Knowing that the day could possibly be very difficult, we wanted to come up with a way to give to others as a way to honor our son's giving and hope-filled life.  It was quickly obvious to us that we needed to celebrate Gavin's life at the Gift of Life Family House.  I slipped flyers in all of my neighbors’ mailboxes asking them to help us celebrate Gavin’s fifth birthday by contributing to a “Wish List Drive” and boy, did they come through! 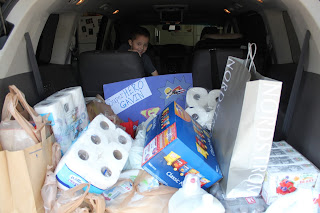 And then I signed us up to be Home Cook Heroes.

But there was one problem.  A big problem.  I'm not a cook!!  Lucky for me, there is a great small business in my town called "HomeCooked" in Paoli, PA.  The owner, Claire Guarino, was not only willing to help us… but she donated all of the food!  My husband, Ed, and I assembled Gavin's granny, his Aunt and Uncle, a few cousins, Gavin's wonderful aide that would have gone to school with him and his little brother, Brian, and we had our "Team Super G!"  We all wore blue, the color that Gavin looked the most handsome in, and our "Super G" pins in memory of our little Superhero.  Claire came up with a delicious menu and all we had to do was assemble everything and cook it in the Family House kitchen! 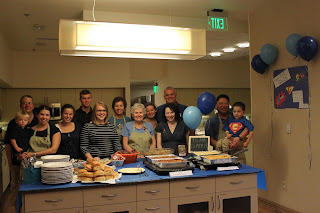 As the day approached, I started to feel very nervous.  I suspected that most of the "Home Cook Heroes" that volunteered were on the transplant side - not the donor side.  I was nervous that our story would upset any of the transplant families or patients.  I was very sensitive to any feelings of "guilt" an organ recipient might feel.  But that day, as I spoke with a few beautiful patients and their loved ones… my nerves went away.  We were just as thrilled to tell them how donating Gavin's organs brought us great comfort as they were to tell us how grateful they were for the "gift of life."  I was even able to tell a family the remarkable story about the day Gavin died.  It was my 43rd birthday.  I woke up next to him with an overwhelming feeling that I was pregnant. 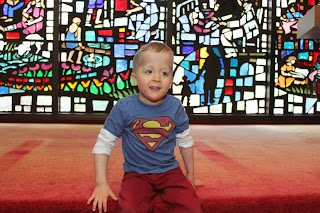 Gavin was our greatest gift of life.  And it seems that he left us with another gift of life before he died.  We look forward to celebrating Gavin's future birthdays as Home Cook Heroes at the Family House.  And next year we will bring his little sister, Hope Margaret, to join in the celebration.

Please consider giving me a Christmas present?  All I want is to hear that you became an organ donor for the first time.  Or - that you and your spouse made a "plan" if - God forbid - something happened to one of your children, that you would donate their organs.

I know it is a dreadful thought.  I know that it's something that people don't like to talk about.  But take it from a family who knows...choosing to donate our precious child's organs turned out to be a very healing experience.  Knowing that we honored him...and allowed his journey to inspire others to potentially save lives through organ donation...means the world to us.

Something positive HAD to come out of our tragedy.  That's the best part of this story.

Posted by Kate from Chasing Rainbows at 5:59 PM