Something is on my mind.  It steals my thoughts like a thief and has no respect for anything... often invading my head at inopportune times.

It's not just the WHY about Gavin's death.

It's not even the HOW in the HELL did this happen??  (Although I struggle with the unanswered questions)

What I think about most is the timing of it all.  How we went from fine to not so quickly.  How, walking into that emergency room with Gavin in my arms, I knew I was overreacting with his symptoms.  How, when he had the seizure and then stopped breathing in front of me I didn't freak out. I was almost... numb.  In my mind I remembered his first febrile seizure at home a year or more ago when I DID freak out - thought he was dead in his highchair - and how it turned out fine.  That day, standing dazed in the corner of the trauma room - watching people work on him - I really thought... "This is Gavin.  He scares us at least once a year with an emergency - and he always pulls through.  This will be just another story to tell."

Well, there was a story to tell.  But it wasn't the one I wanted to write.  And the ending sucks. 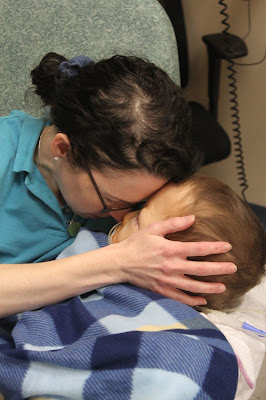 I'm not sure what would have been worse - and I think about this every day - a sudden, shocking death like we experienced... or an illness that gives you the warning of death before it comes.

Gavin was, for all intents and purposes, the healthiest person in our house.  He had a great (amazing, actually) diet... he got a lot of sleep through the night... he was not sick very often at all.  There were no indicators - no warning bells - nothing that could have prepared us for April 10th.  Nothing.  I kissed him good morning as I got him out of bed - and gave him a rare morning bath which made him so happy - and by that night I knew we were going to lose him.  How the hell does a Mother deal with such a sudden, shocking turn of events?  How does anyone?

But really - if you think about it - is there ever a good time for death?

I think if I had known ahead of time - either through a diagnosis early on that told us he would have a shortened life expectancy... or an illness that promised death - I might have acted differently.  It might have colored our experiences like a black cloud looming over every event.

This has been one of my greatest life lessons...

Gavin enjoyed his life - and we enjoyed loving him - every single day.  He had lots of interesting and fun experiences... he was adored by his brother and his parents and his extended family and his aides and his teachers and therapists.  I documented everything without knowing he would die so young... I did it because I loved sharing every step with anyone and everyone I met.  Or even never met!

We lived until he died.  And because of that, I don't have any regrets.  There was nothing left unsaid to Gavin.  I know in my heart that I loved him well and that I tried everything to give him a better, more independent life. 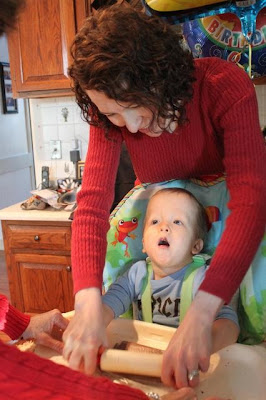 Because of this, I hope to live MY life in a way - and love those in it in a way - that any time would be a good time to die.

Death doesn't take reservations, after all.

Posted by Kate from Chasing Rainbows at 8:48 PM