Today was a day I've dreamed about for many years.  No - not bringing one of my children to Disney World, although that's up there on the list.  Ever since I was a flight attendant, I couldn't wait for the day I would bring my children on their first flight. 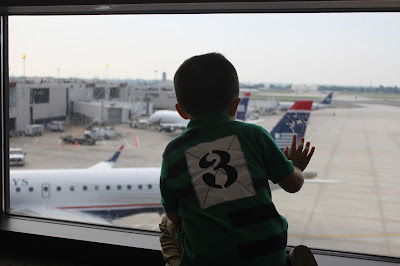 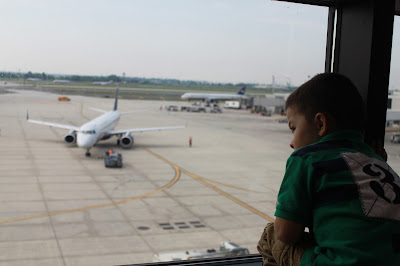 It was, in the end, a very bittersweet experience.  On one hand, Brian brought my dreams to life.  He was so excited to see all of the big planes.  He was thrilled to have his own seat and click his own seatbelt.  He listened intently when I told him the rules - no lifting the window shade up and down, no kicking or pressing on the seat in front of us, no playing with the pull down tray, no yelling for fun and absolutely no laughing.  I always end my list of rules with that which always makes Brian laugh immediately.  He was perfect - I mean it - in every way. 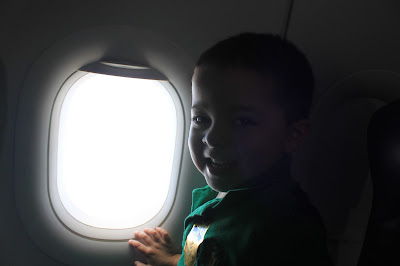 But the moment he asked me if we were close to Heaven yet brought the reality crashing back.  I reminded him that Heaven was everywhere... that Gavin isn't in the sky, he's everywhere we are!  But honestly, I wondered if we were closer to Heaven myself.  If we could take a flight from Philadelphia to Heaven?  Ed and I would pay ANY price. 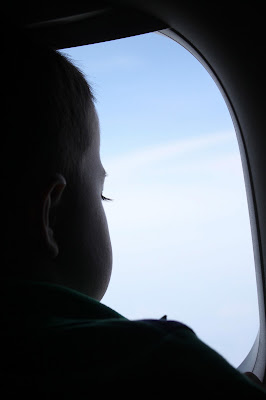 Brian was thrilled about everything.  And I mean everything.  Even his first ride in a "Taxi Car."  We couldn't have asked for a cooler taxi driver in Jason.  He actually gave Ed his cell and arranged to pick us up for the ride back to the airport on Sunday. 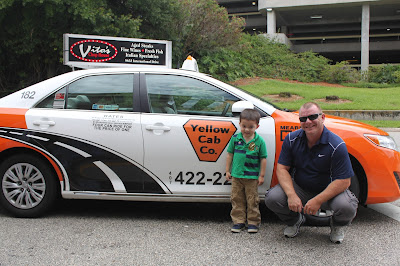 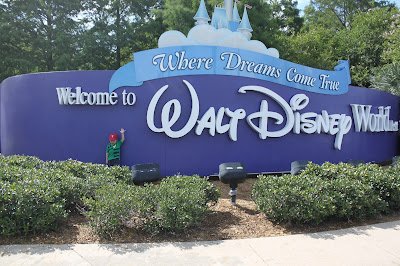 And when he saw the Mickey sign?  Forget about it.  Oh, to be four again.  So easily impressed. 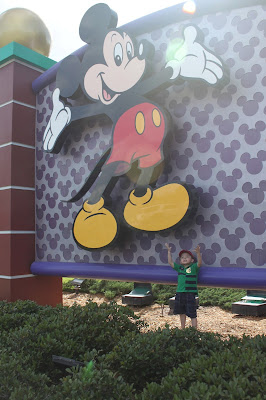 We didn't go to any of the parks today.  After our travel day, we decided to hang at the hotel and go to dinner in Downtown Disney.  In the end, it was a super-wise choice.  We were all pretty tired.

Downtown Disney was fun!  We ate dinner at the T-Rex restaurant and Brian was both nervous and intrigued by the moving dinosaurs, wooly mammoths and more.  We walked around, enjoying the sights and people watching and then, well, Ed decided to make me an honest woman.  For Brian's sake.  Brian was not impressed... 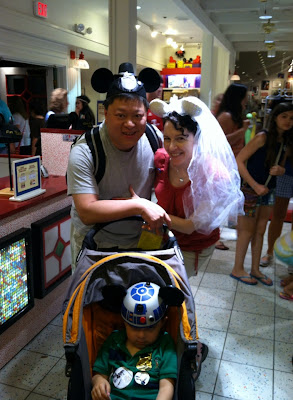 Until he found out, as the Best Man, that he got stickers for his trouble.  And an awesome R2D2 hat. 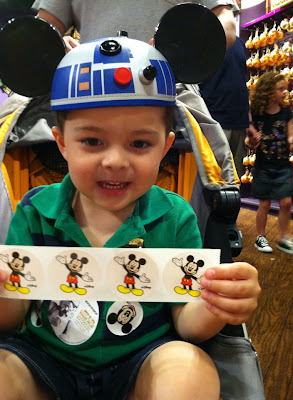 But the best part of our time here so far?  A big, BIG, moment at the hotel pool.  Brian hasn't gone IN a pool since he was a baby and I put him in one of those big floats.  Today, he got very daring - even jumping in and going under water! 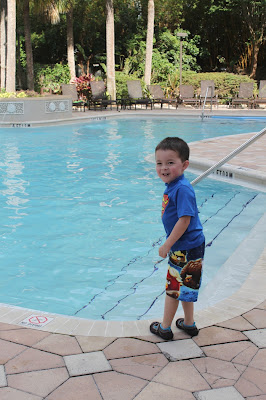 That part was not really well thought out by him and we were afraid he'd be scarred for life... but nope! 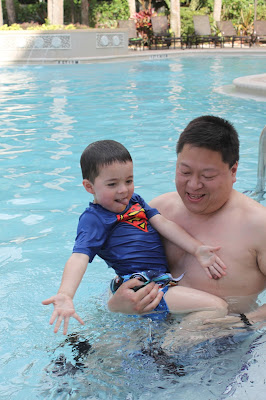 It started to pour rain and while Miss Sara and I ran for cover, Brian and Ed never left the pool.  He was having so much fun and thought it was just hilarious that he was playing in the rain.

Soon he was splashing with Daddy... 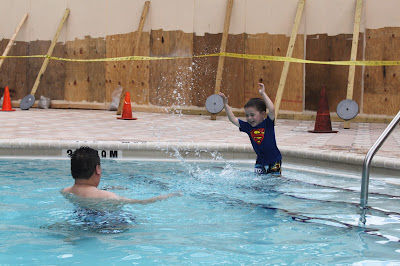 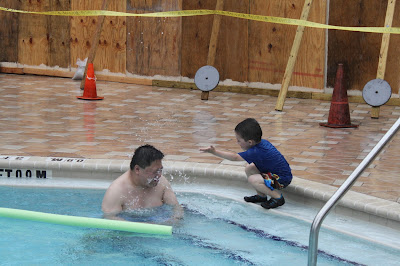 ...and even floating around in the pool, just like Daddy used to do with Gavin. 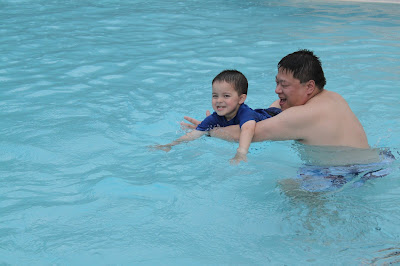 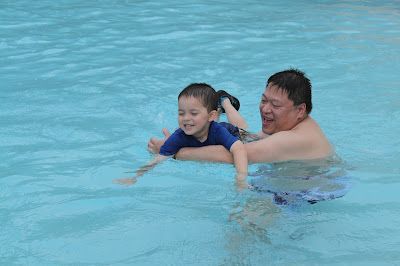 Watching the two of them - and knowing what a big hurdle Brian had overcome - it was so special for me.  I could go home tomorrow and honestly say I had an unexpectedly wonderful vacation. 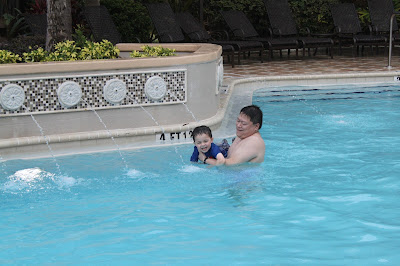 I guess I have more in common with my four year old than I thought!

Posted by Kate from Chasing Rainbows at 11:49 PM