Last year, I took Brian to his very first movie on New Year's.  We decided to make it a tradition as a family!  Ed experienced his first visit to the movie theater with his kids... 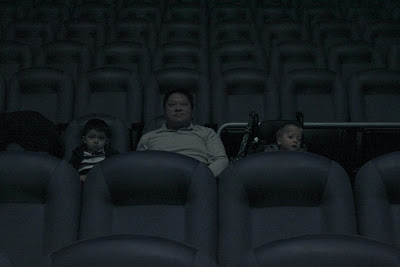 ...and Gavin experienced his first movie in the movie theater!! 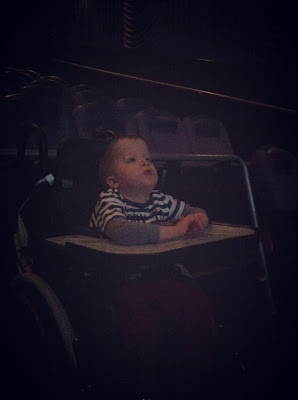 We saw Monsters, Inc. and it was adorable.  Gavin watched the movie here and there - mostly fascinated by the lights, sounds and dark room.  He laughed and laughed and held my hand most of the time! 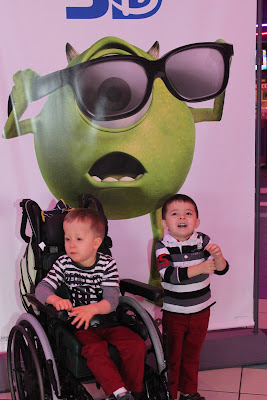 It was so easy to roll Gavin right in... and we sat right at the break since other seats were up or down stairs.  I was worried that we might be too close...that it may be too loud...that Gavin might not like it at all.  But I was so wrong.  He really had such a great time!  And Brian, who ate popcorn for the first time, loved every single second. 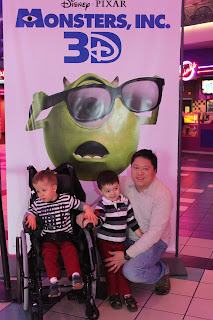 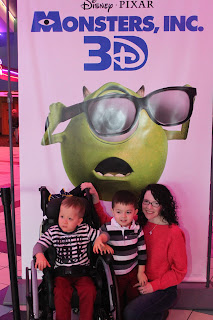 After we left the theater, the fun continued!  We headed over to Arnold's Family Fun Center to go on rides and play games!  Gavin and I took off and hit the Merry go Round and the Frog Hopper three times each.  He was in heaven.  Meanwhile, Ed took Brian into the bounce house area. 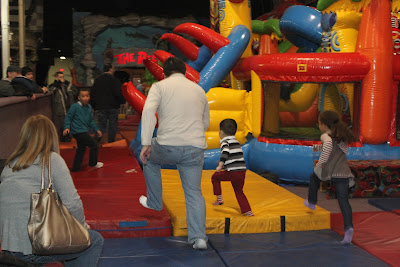 There are three GIANT bounce houses and slides all lined up.  I've taken Brian in there before, but the size of the bounce houses... and the crowds of kids running and jumping really intimidated him.

Ed said that Brian stayed on the outside of the houses for about fifteen minutes, having fun jumping around on the mats and looking into the houses to watch the other kids. 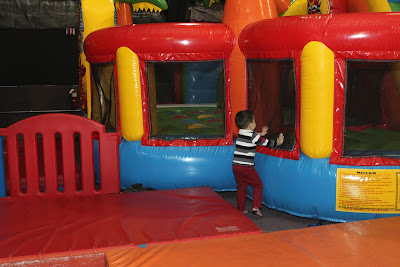 And then, on his own with no prompting, he did it.  It sounds so silly to even announce this - but Ed and I were really so proud of him!  He can be very shy around new kids - so to watch him jumping around and even talking to "new friends" made us so happy.

He even climbed the very steep and dark ladder to go down the giant Cars slide!! 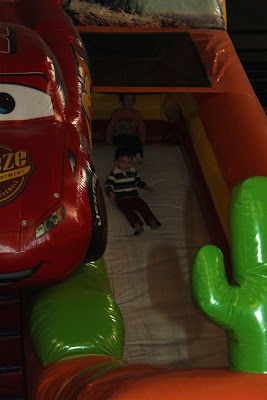 After a very, very long time... I had to come up with a plot to get him out of there.  I asked the young woman who was monitoring the bounce houses for help.

"Could you go up to the boy in the red pants and, very officially, say 'Time's up, Brian!'"

She did just that.  He looked right up at her smiling and said, "Ok, thank you!" and headed off to fetch his shoes.  Brilliant.

After that we took a train ride! 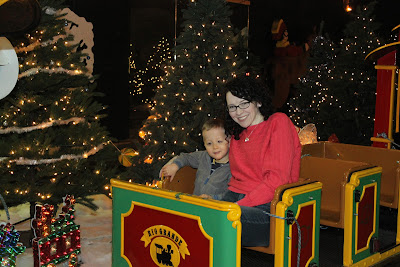 Brian sat in the front to drive the train and kept yelling, "All Aboard!  All Aboard the Polar Express!" 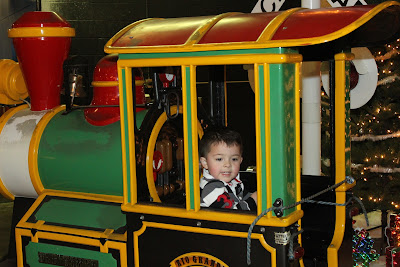 And that was our New Year's Eve.  I was sleeping before 11pm.

This past week we had snow!!  Brian was SO excited to get out and play in it.  We have read about snow angels... and made ones on the carpet... but nothing beats a real snow angel.

Another first for the memory book. 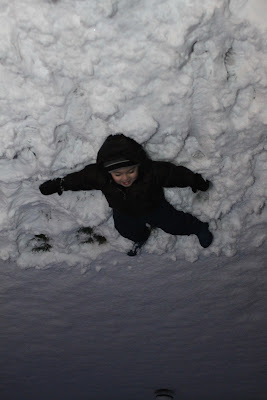 But the best "first" of all?  The snowman.  Brian had never made a snowman before.  And Ed hadn't either.  Watching this sweet Father and son project from the warmth of the kitchen, with Gavin in my arms, made me so happy.  For both of them. 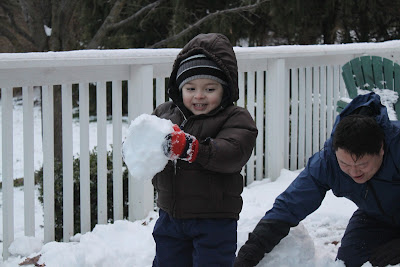 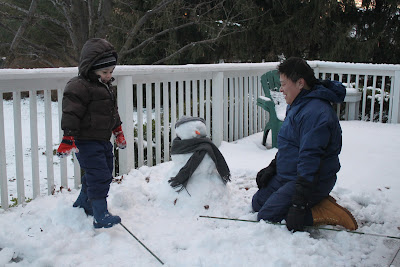 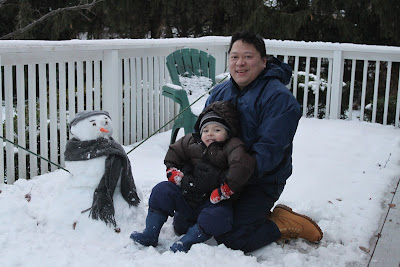 Brian named his snowman "Luke Snow-walker" (he has a new obsession with Star Wars). 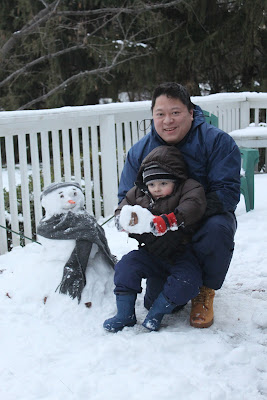 From all of us... including our little Jedi, Brian... 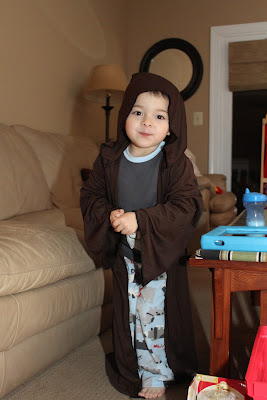 Posted by Chasing Rainbows at 12:11 PM