There have been so many big moments in 2012.  Some that caused our hearts to leap!  Some that forced us, once again, to focus on the positive and not dwell on the pain or the heartache.  Through all of it - the good and the bad of 2012 - you were there.  And we were grateful knowing that.

Here is a look back on our journey this year... (along with some cute photos that couldn't fit on our Christmas card!)  Click any of the links to go back in time!

January 9th, 2012 was Brian's first day of pre-school.  Turns out, the only anxiety that day was MINE...he didn't even turn around!!  He goes to a pre-school that provides speech therapy services.  When he got there, he was barely talking.  Just months later, you couldn't stop him from talking!  His IEP just recently was a breeze and the comments from his teacher and therapist made me swell with pride. 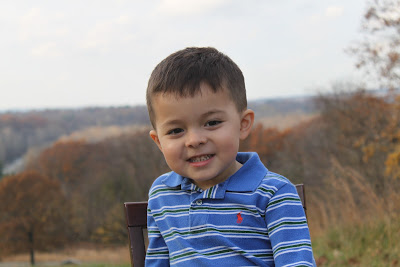 Sara quickly became a big part of our family before she got through her first month with us.  She's been a huge influence on the boys and a big help to me this year!  The poor girl started right after my Dad died... I had two black eyes from an accident at home... months later I'd have infertility losses... Gavin had his first seizure... and now she rides the bus and stays with Gavin in school every day!  She's seen us through a lot and we love her dearly. 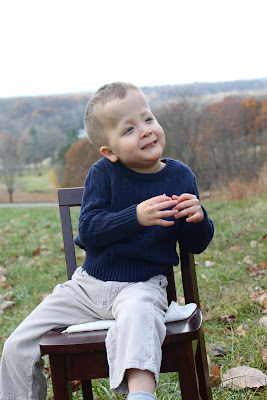 #8
Finding Out Brian Had a Peanut Allergy! 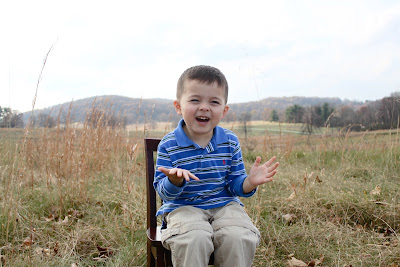 #7
Deciding to Use an Egg Donor to Have a Baby.

Our last try to conceive ended up not working, but we sure gave trying for a third child our all!  It was a devastating journey for me, to say the least.  I ended up deciding that I was done trying this year... a place I had to get to on my own, as strange as that may sound.  It was a painful journey - and a difficult decision.  I ended up writing a post about loss - and what to say to friends and family members who are struggling with infertility or carrying pregnancies to term. 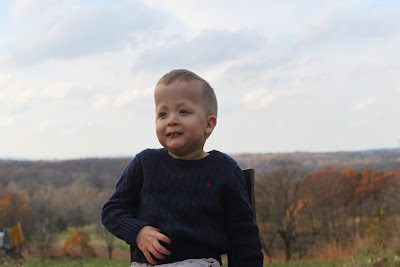 One of our scariest parenting moments ever.  That day prompted us to create emergency kits for both boys should something like this ever happen again.  Especially if it happens when we're not home.  I went to nursing school and I forgot EVERYTHING while Gavin was on the floor in front of me.  And Brian, who hid in the other room when the paramedics arrived, still talks about that day when Gavin left in an ambulance. 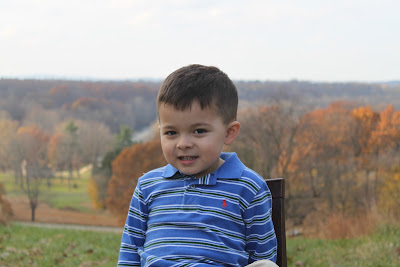 #5
I Took A Stand Against Anonymous Haters.

I was naive to "internet trolls" - people who just look for blogs to write hateful comments on anonymously and then sit back to watch what unfolds.  I took it so personally - and I really resisted "monitoring" the comments.  But since this post, I have gotten little to no mean comments.  Actually, since I tightened up the comment section - hardly anyone comments!  I think it's not worth having to jump through the hoops to write anything.  Most of the comments appear on Facebook.  I'm hoping in 2013 to somehow marry the two so everyone can see all the comments!  If anyone knows how to do this, let me know? 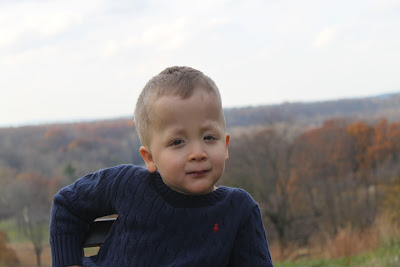 I thank God for this bed every single day.  It makes me so happy that Gavin can have a bed that keeps him safe AND is unbelievably comfortable AND will grow into adulthood with him.  I can't say enough about this bed! 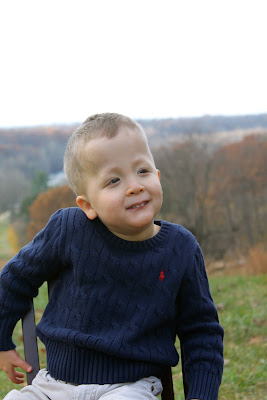 Honestly - even I didn't believe it.  The allergist didn't, either.  I faithfully followed the technique our acupuncturist taught me - every day - and it worked.  Brian is no longer allergic to nuts.  He didn't "outgrow" the allergy according to the doctor - it was too soon for that.  It's truly one of my proudest parenting moments. 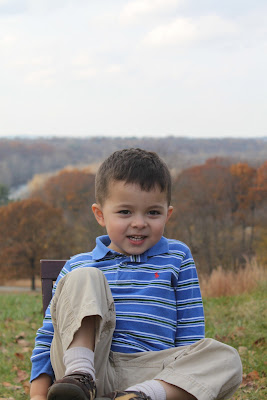 #2
Gavin's Adenoidectomy and Tube Placement Turns into a Nightmare.

The surgeon came out to us in the waiting room to proclaim the surgery was a breeze.  But Gavin went into respiratory distress in recovery and spent a harrowing week in the intensive care unit.  Nine days later, we were home.  The surgery was a success - Gavin no longer snores - but it was tough getting there.  Those posts were the highest read in my blog history and I felt like every visit was an extra prayer for him in that hospital room.  Those are the moments that I am most grateful for your extra support! A big moment for this Mommy was watching that bus pull away.  And another big moment was the school district saying YES to Miss Sara accompanying him every day.  But the biggest victory of the year belongs to Gavin.  He has thrived in school.  He has smiled at home when I ask him about his friends.  He made a beautiful and seamless transition.  We said goodbye to his old therapists (which was not easy, as you can see) and hello to new ones that love him already. 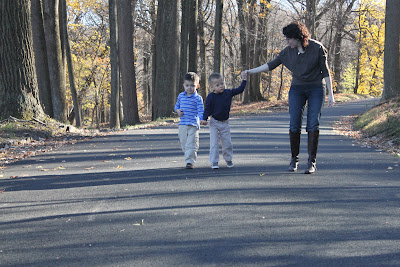 But the biggest moment of 2012 - for sure - hands down - is Gavin's walking.  This happened at school on December 20th, 2012.  Lucky for me, Miss Sara was there and thought to grab her cell phone to capture this!!  Neither of us will ever forget that day.  It was Miss Sara's one year anniversary with our family!

As we enter 2013, we are grateful for the journey we walked this year.  I know I learned a lot as a Mom.  And even with a few speed bumps, Gavin and Brian ended the year with big successes.  We have much to celebrate - and much to be thankful for.

Brian speech is no longer delayed... 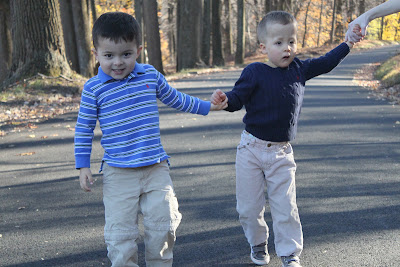 Gavin is walking more and more... 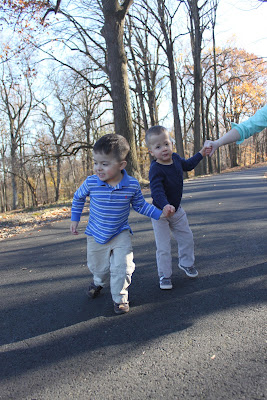 I think the sky is the limit for the Leong family in 2013! 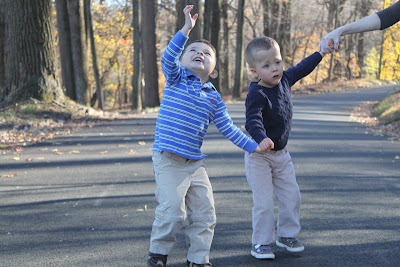 We wish each and every one of you a Happy, healthy New Year!!

Posted by Chasing Rainbows at 6:18 PM