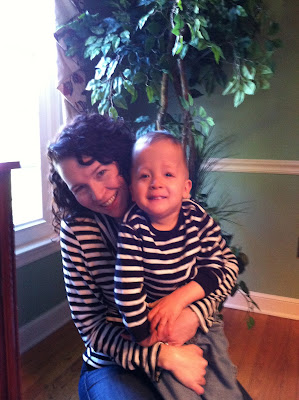 I was so happy to spend the day with just the two of us.  I love this little boy!! 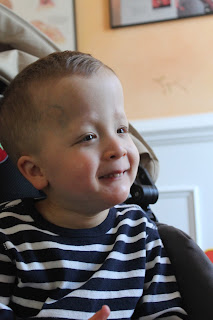 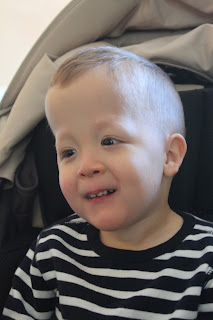 We started off our day together like we always do on Fridays... at our joint Dr. Trish appointment. 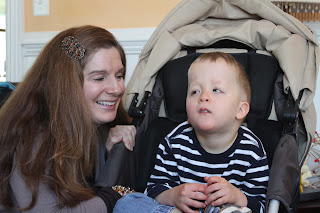 It was a perfect kick off - Gavin loves being there and giggled through the whole session. 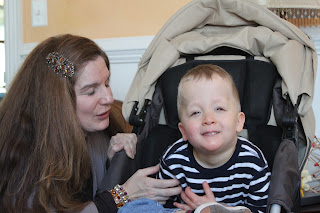 After she was through working with him, she mentioned that she felt drawn to work on his leg and thigh muscles.  That was no surprise to me - he's been doing such a great job walking lately.

After our appointment, we headed to Arnold's Family Fun Center and the two of us were SO excited to see that they added a new ride!  Before, there were only two rides - the Merry Go Round and a Train.  But they added something awesome!  The FROG HOPPER! 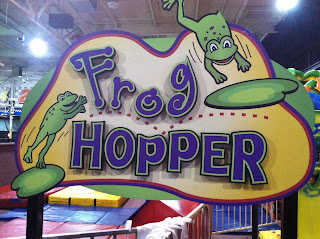 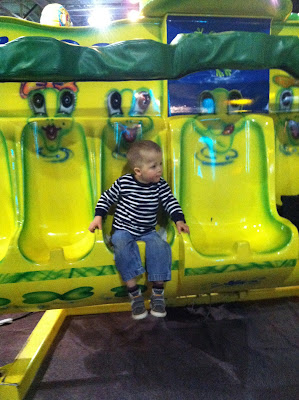 After, we walked around and had some fun with their very old and very silly statues.  Like "Scary Rabbit"... 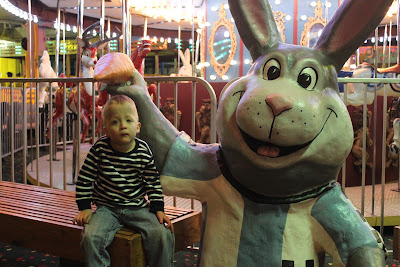 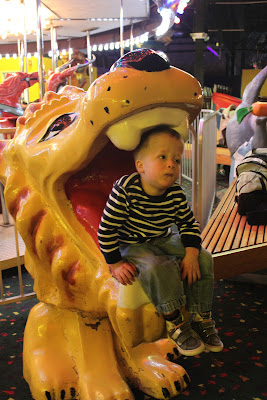 But Gavin's eyes were on the Carousel... 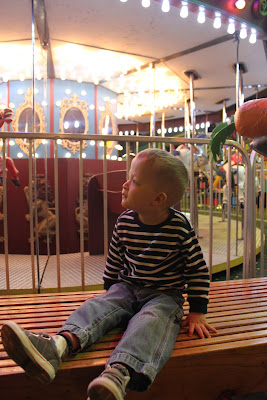 This is where he blew me away.  While I held onto only his belt loop, Gavin sat up and casually held on to the pole with one hand.  We went for three rides in a row and he never tired. 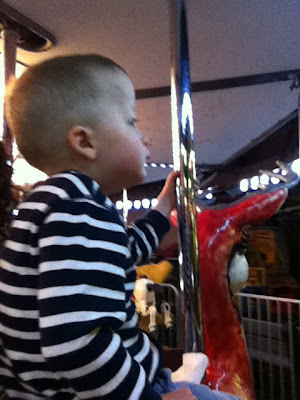 Check out the poor video I took with my outstretched arm...
After Arnold's, we took a ride over to Target.  Gavin's Uncle Mike, Aunt Lisa and cousins gave him a gift card for his birthday so we thought we'd spend it!  We got a new activity table to change things up a little at home! 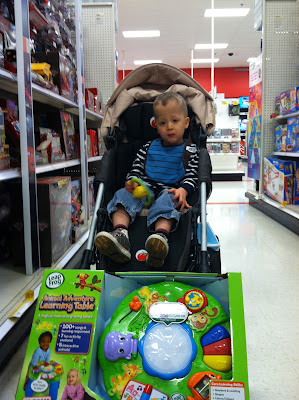 He also picked out a Fisher Price circle shaped rattle that has a chirping chickadee in the middle.  I know - it's a baby toy.  But he held that thing and shook it like it was an instrument through the whole store.  There was no way that wasn't coming home with us!!  He continued to hold it through lunch and even in the car!!

The last thing we did was pick up a castle climber and slide that I bought on a Mom's sale site, much like Craig's List.  I'm going to clean it up and bring it into Gavin's school on Monday for their classroom!  I can't wait.

We really had a lot of fun together.  Gavin was exhausted when we got home and nearly fell asleep in his Yams at dinner.

I hope Love Bombing catches on with all of you!  I have to say - it's good for everyone involved.

Posted by Kate from Chasing Rainbows at 7:57 PM