I have SO much to cover.  I should warn you ahead of time that the plague that has been traveling through our house seems to be making it's way to me.  I really thought that Moms weren't supposed to get sick and trust me when I say, I will be bringing this up with my boss.  This is unacceptable.

It seems that the plague has also boomeranged back to the boys - who seem sicker today than they did on Friday.  I'm so done with this "we get sick all the time now" crap.

So, with half a brain and zero energy...I present to you my overdue and probably lame journal for the evening.

Gavin did great with Miss Maggie last week on the iPad.  She showed him two preferred toys (two that he loves) - and once we knew which one he wanted... 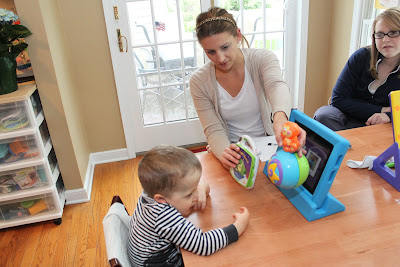 ...he had to touch the matching photo on the iPad. 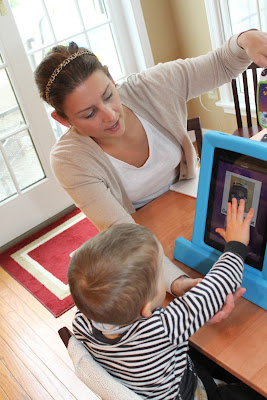 He's also been very helpful and curious in the kitchen lately!  Whenever I'm preparing food (especially cooking dinner) - he's right under my feet and trying hard to reach anything he can on the counter.  In these photos - after peering into the dishwasher to see if there was anything that interested him... 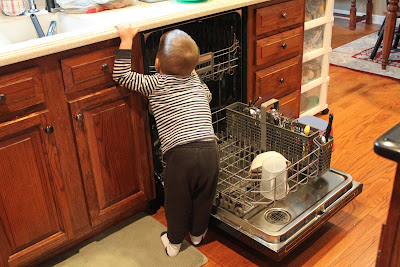 ...he spotted his milk and NOTHING would stop him from getting it.  Not even spiky dishwasher prongs! 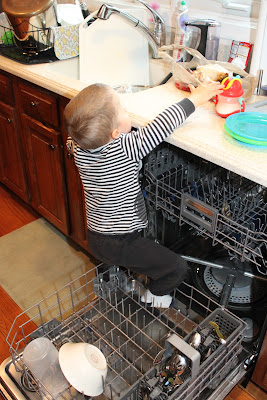 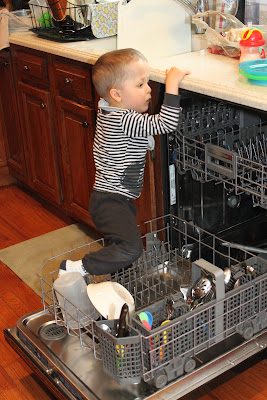 On Friday in Physical Therapy, Miss Wendy gave a BIG thumbs up to Gavin's new Adidas Basketball shoes.  They are so sturdy and they really keep Gavin from standing on the inside of his feet.  After working hard with walking and standing and sit ups, Wendy thought that it would be a welcome break to try something new.  She brought a small badmitton racket and a blown up balloon. 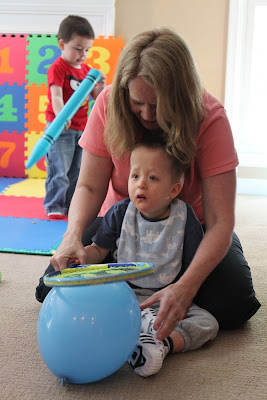 He wasn't feeling it, I'm afraid. 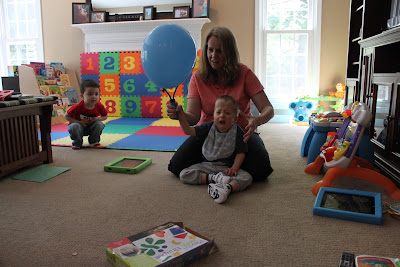 But Brian?  He jumped right in!  And, as it turns out, he was a natural! 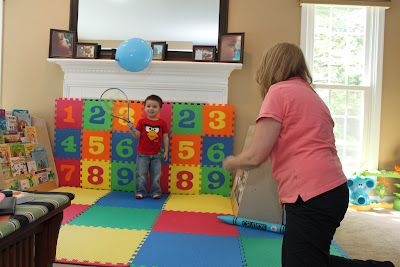 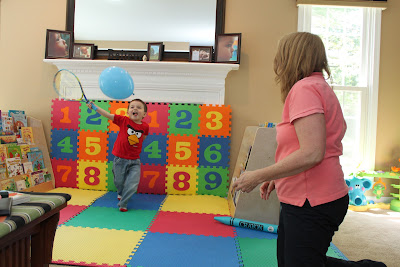 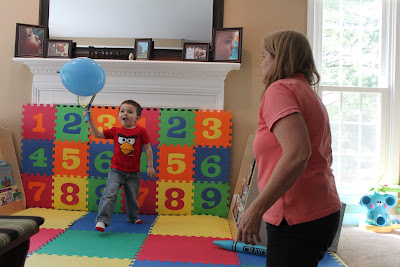 This morning I did something slightly absurd...but secretly fun at the same time.  A Wegman's Grocery store had it's grand opening this morning right near my home.  I love Wegman's - a lot.  I know that's hard to reconcile with the well known fact that I hate to cook, but whatever.

The store opened at 7am.  I was in the parking lot with a travel mug of hot tea, a baseball cap and my Kindle at 5:30am.  I know have the distinction of being the first local to step foot into that new store.  I was beat by a travelling band of Wegman's groupies.  A group of four friends from different states meet up at every grand opening of Wegman's up and down the East Coast.  They slept in their van all night and were out in matching outfits cheering every employee and executive that walked into the store before it opened.  You would have thought they were paid by Wegman's - but they weren't!  So...still think I was crazy?

The day got even better with the long awaited homecoming of our beloved Miss Sarah!  She was on a very long mission trip to places like New Zealand, Bangladesh, India and Jerusalem.

I didn't capture a great video of the boys seeing her for the first time - but it was awesome.  Gavin had an instant and very loving reaction.  He knew her voice before he even saw her!  And then he cuddled right up in her arms.  It was so sweet. 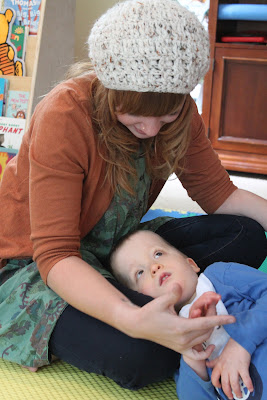 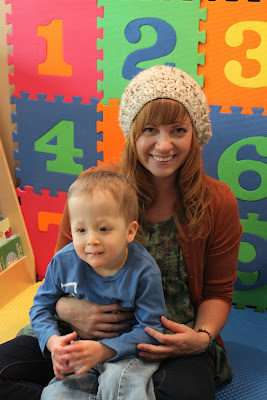 Brian was a little shy at first - but warmed up immediately!  Sarah couldn't get over the drastic changes in both boys...but Brian, especially, because of his speech! 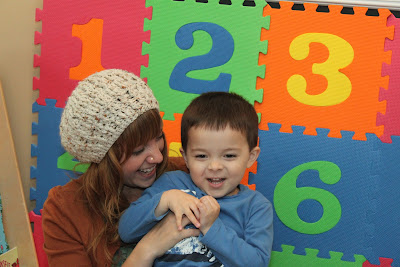 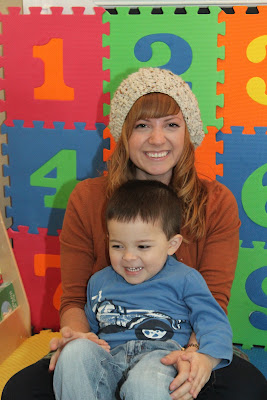 We're so happy to welcome her home...temporarily.  Sarah will be moving to Turkey to continue her work in missions this October.  For FIVE years!!  We're so happy for her - this is all she ever wanted.  We'll be sure to spend lots of time with her over the summer!

Everyone should have what they've always wanted.  At least once.  Don't you think?

Posted by Kate from Chasing Rainbows at 8:13 PM