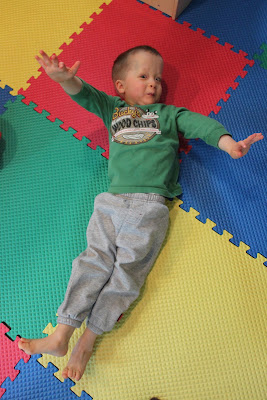 I'm sure you have seen the video that has spread like wildfire by now.  A Dad in Cherry Hill, New Jersey posted a video on You Tube.  In the video, he played several tape recordings of how his nine year old autistic son's teacher and aide verbally abused and bullied him in school.  Equally upsetting...no other adults in the room (which was an autistic classroom of mostly non-verbal children) spoke up.  How did he obtain these recordings?  He wired his son with a recording device.  And then he sat and listened to the six hours of tape - horrified.

The teacher and the little boy's appointed Aide - they knew that he wouldn't be able to go home and "tell" on them.  They knew - or they thought, anyway - that they would get away with their inappropriate behavior in that classroom.  All of the kids were autistic and couldn't go home and tell their Moms and Dads what happened in school.

This is my absolute WORST nightmare. 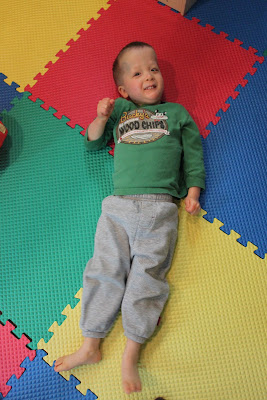 We have been so lucky so far.  I am personally lucky that I have a husband who can support us so I can be home with the boys.  We went through some "interesting" Aides from agencies early, early on when Brian was a baby - but I was here to monitor them, so to speak.  I'm grateful for that.  I've heard horror stories from friends who have found Aides and nurses sleeping on the job...or stealing...or just plain not doing what they're supposed to be doing.  Agencies do not pay well - and the training, I'm sorry to say, is not great (no matter what they may tell you).  I truly believe that the low pay combined with the lack of training results in employees who just show up.  Add in some resentment about hating their job - and a child who demands a lot of attention and care - you will test the patience and push the limits of the employee.  That's just my opinion - and I am not talking across the board about all Aides as there clearly are exceptions.  We had one star from that period of our lives, Miss Kara, who is still a big part of our family.  But I'm grateful we found a different way to do things which works so well for us.  As you know, we have had some wonderful helpers - most recently Sara who is just amazing.

We have also been SO lucky with wonderful therapists over the past 4 1/2 years.  They, too, have become important people in our family.  How could we not feel that way when they are clearly so good with Gavin!!  And Brian!!!  Just today Gavin's teacher, Miss Janna, was here.  Gavin loves her so much - it's like he's flirting.  And I know that she - besides being passionate about her job - is crazy about him as well.  When Brian is not napping, she has a way of including him in Gavin's therapy sometimes.  (And sometimes he just muscles his way in, to be honest)  Today was no exception... 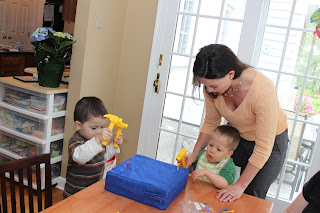 And Miss Maggie, too!  Gavin has had her for speech and feeding since he turned three.  And now she is Brian's speech therapist in school!  Having these two therapists work in the school where I send Brian means a lot to me.  Because I respect them...and their opinions...and know that they have our families best interests at heart - it was easier for me to send Brian there.

Maggie was here today and she, too, included Brian in Gavin's therapy.  She put a picture of me and Brian on the iPad.  Then she showed Gavin a photo of his brother, which she held, and asked him to find the matching "person" on the iPad.  He got it right every time. 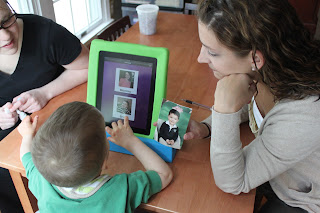 And when Brian heard his name as Gavin touched his photo on the screen - he came running excitedly to congratulate (and tickle) his big brother. 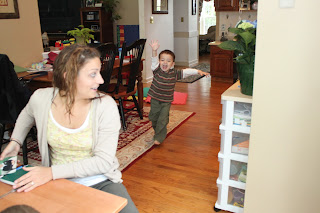 I'm sure that along the way I may have been labeled as a "control freak" parent by a therapist or a teacher or a coordinator.  It's very hard for me to give up control of Gavin.  Probably because I inherently don't trust people outside of our home alone with him.  There, I said it.  Yes, I did feel that way about Brian - but Brian is a bit tougher.  He can walk.  He is getting better and better at communicating every day.  Gavin is completely defenseless.  And that is what scares me.  So when I watched the following video made by the father of that Autistic boy - it gave me terrible anxiety and two sleepless nights.  Take a listen before I go on...


A week or so before I came across this video, I had made arrangements to visit a pre-school for Gavin.  I will be meeting Gavin's coordinator there on May 11th and Miss Janna, Miss Maggie and possibly Miss Stephanie (his OT) will be meeting us there, too. 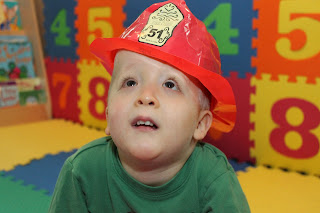 The program is longer than Brian's.  It goes from 9am (after a bus ride from our home for probably 45 minutes) until after lunch.  I was crushed to learn that if I decide to send Gavin here that he would absolutely lose all of his current therapists.  They have therapists at the school that would see him during school hours.  I can understand that, in a way, as it fosters continuity and consistent communication among the team. 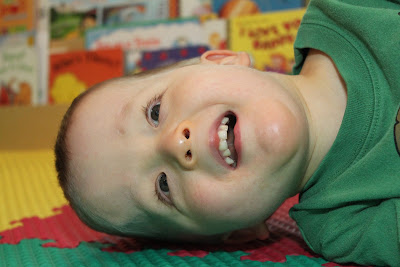 It was a lot to take in, though.  The thought of a new school...and ALL new therapists...it was a lot.  And I wondered if it would be too many changes for Gavin.  But I've always had in my mind that Miss Sara would go to school with him...as his Aide.  I didn't have the guts to ask the coordinator on the phone if they would allow this.  She had already bummed me out with telling me he'd lose his current team - entirely.

I'll be praying hard until the meeting that this won't be an issue... 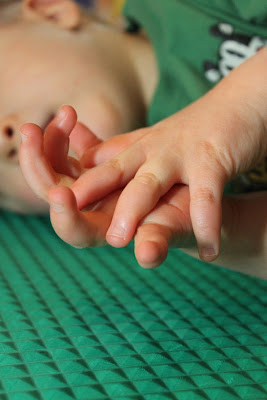 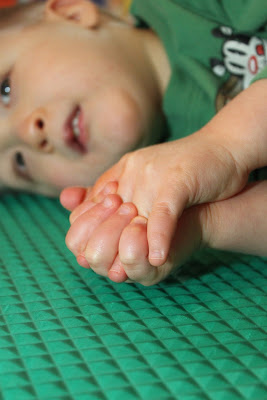 After Sara watched that You Tube video, she said to me:  "And THAT is why Gavin will always go to school with a buddy."  That's exactly how I feel.  It makes total sense for a child like Gavin who can't walk, talk or feed himself...is not potty trained...and can't tell us when something is bothering him...to have someone who knows him well (and loves him) at his side.  And as a parent, why wouldn't we want to send Gavin into the world with a friend - of his AND of ours - instead of a hired stranger who is possibly underpaid, undervalued and....need I go on?  If I am told that Sara can't go with Gavin to this particular school...and it's non-negotiable?  I'll find another school.  That's all there is to it.

I know that one bad apple doesn't and shouldn't ruin it for the whole barrel.  But after hearing and reading MULTITUDES of horrible, depressing stories about the abuse of special needs children in schools (just google it - you'll see!) ...I feel more protective than ever.  Want to know what I would LOVE to propose?  That every school has cameras.  I've heard about day cares (for children and for pets!) that let you log in remotely from your computer to watch a live cam.  How awesome would that be???  And just knowing that anyone could be watching at any time - that would keep ANY teacher or aide on their toes.  Much like a nanny cam...but you wouldn't hide that it's there.  All upfront - no secrets.


I'd love to hear your thoughts on this.  Especially if you are a special needs parent who has had experience with this situation...a teacher...a witness to this type of bad behavior...an aide...I want to hear from all of you.


Who knew that being a Mommy could be this agonizing.  (Besides you, Mom.)

Posted by Kate from Chasing Rainbows at 8:13 PM